This stat doing the social media rounds does beat around the bush – but much like a drunk stumbling in the dark, it eventually makes it home.

A graphic that has attracted tens of thousands of engagements on Instagram claims that “11 babies are born in Kenya every 4 minutes”. It adds that this has earned Kenya an eighth-place ranking in Africa. 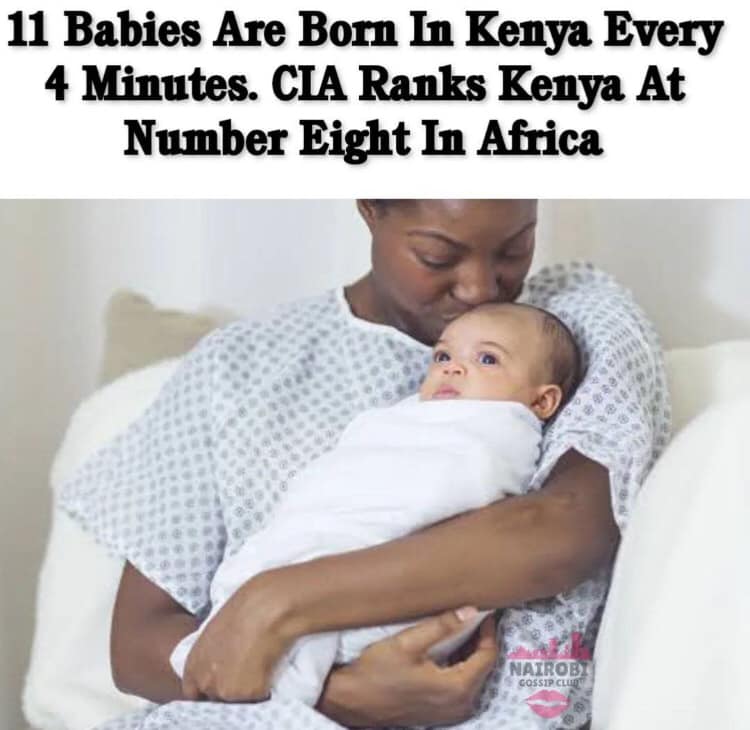 For good measure it adds that in “Tanzania, Uganda, South Sudan, Ethiopia, and Somalia, 16, 3, 25, and 3, infants are born every 4 minutes respectively”.

The graphic has been shared elsewhere on Instagram and Facebook, while news sites also reported the statistic.

All cited the Central Intelligence Agency (CIA), which provides intelligence to the US government on foreign countries, as their source.

But users on Meta, Facebook’s parent firm which also owns Instagram, flagged the claim to fact-checkers on its fact-checking system.

The post attracted more than 112,000 views in its first 24 hours, according to Meta’s statistics.

But are the claims in the graphic accurate?

The CIA’s World Factbook describes itself as a “one-stop” reference site for international data. The information is “collected from – and coordinated with – a wide variety of US government agencies, as well as from hundreds of published sources”.

But the World Factbook told Africa Check it does not document statistics on how many babies are born every four minutes.

It does report birth rates, it said, defining this as the number of births in a given year for each 1,000 people in a population.

The Factbook said it also captures the related indicator of the total fertility rate – “the average number of children that would be born per woman if all women lived to the end of their childbearing years and bore children according to a given fertility rate at each age”.

“It appears others have used those statistics to calculate the number of babies born every four minutes in Kenya,” a spokesperson said.

So the CIA, the source cited in the social media posts, doesn’t actually report this exact statistic.

(The total fertility rate is given as 3.29 children born per woman.)

Both rates are “2022 estimates”, but the Factbook doesn’t give specific sources for the data, and only has a general references page. And neither of the two estimates put Kenya at eighth in Africa. Instead, it ranks the country at 43rd for its birth rate and 44th for its fertility rate.

The World Health Organization gives possible data sources for birth rates as civil registration data, population censuses, household surveys and United Nations population data. We have asked the global agency if it has any data of its own.

The Kenyan national statistics office’s flagship publication is an economic survey published every year. Its 2022 edition gave the country’s crude birth rate as 27.9 births per 1,000 population. For this it cited the country’s 2019 census.

The most recent data on births in Kenya is from the United Nations population division, a source cited by other institutions, such as the World Bank.

If these figures are rounded up, they come close enough to the statistic circulating on social media.

What of the “four minute” question?

This works out to 3,749 births a day, 156 births an hour and 2.6 births a minute. Using the arbitrary measure of “every four minutes” brings the number of births to 10.4. That’s close to the claimed figure of 11 births if we’re generous and round it up, and not down.

So despite citing a phantom source and making up a random measure of babies born “every four minutes”, the claims get there in the end – much like a drunk stumbling home in the dark.