Aisha Buhari is the wife of Muhammadu Buhari. She is also an activist and founder of the Aisha Buhari Foundation and Future Assured Programme.

“My husband has failed Nigerian women: Aisha Buhari,” it reads.

But did the wife of the president really say this? We checked. 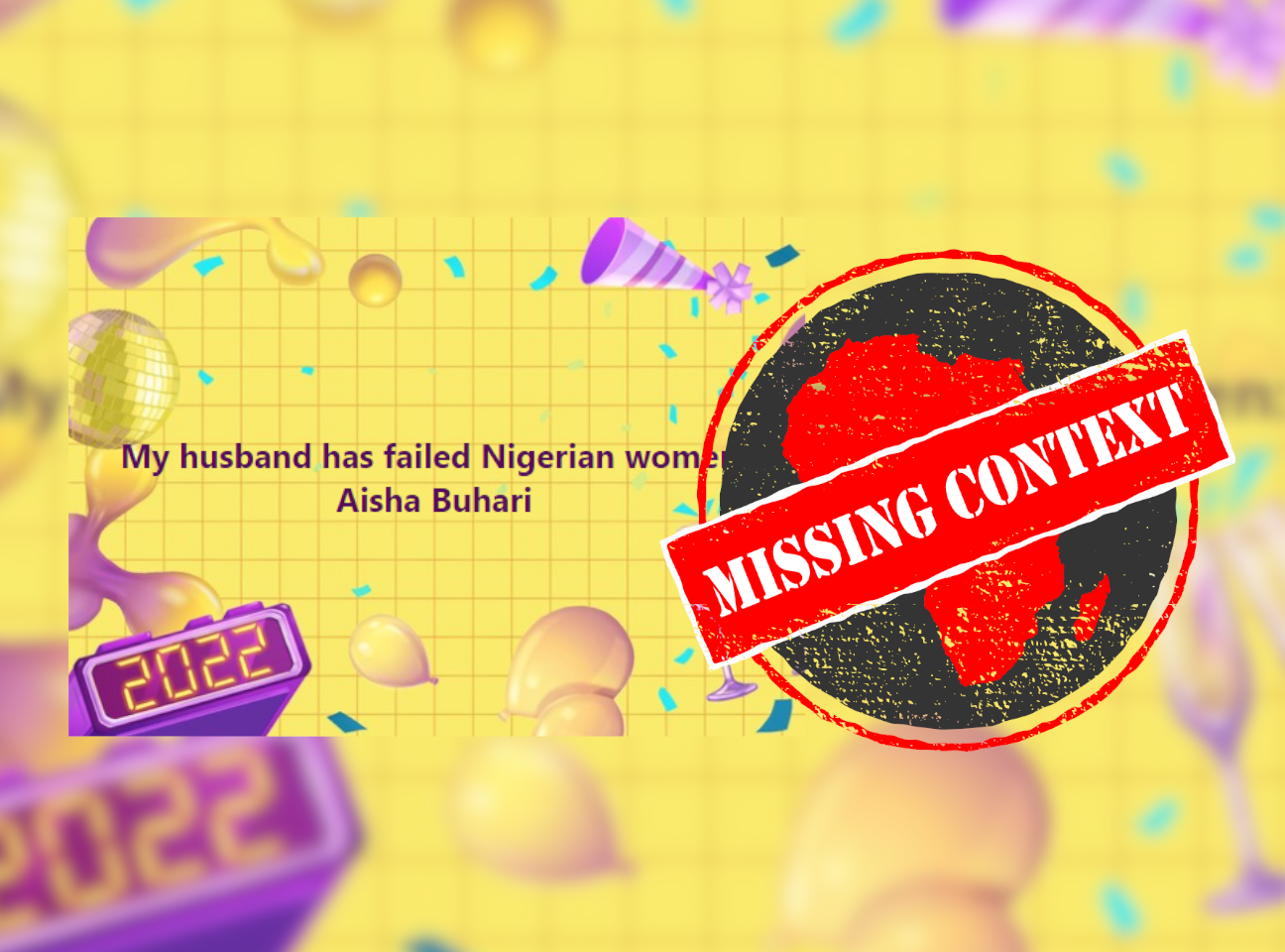 The message gives no details of when and where Aisha Buhari made the statement.

We traced the claim to a story on the website Peoples Gazette. The headline reads: “My husband has failed Nigerian women: Aisha Buhari”.

The story itself reports on her remarks while receiving Liberian vice president Jewel Howard-Taylor in Abuja on 17 January, in which she called for greater female participation in Nigerian politics and government.

But nowhere in the story does she say “My husband has failed Nigerian women.”

Instead, Peoples Gazette quotes her as saying: “From the Political Party level to Government, within the Executive and Legislature the sharing arrangement is abysmal and something must be done to change this narrative. We have to adopt better strategies to maximise elective positions and other opportunities for Nigerian women.”

News reports by Nigerian Tribune, the Cable and Pulse also covered her remarks. None of them quote her as saying “My husband has failed Nigerian women.”

If the first lady had publicly singled her husband out for criticism for the lack of female participation in Nigerian politics, it would have been widely reported. It hasn’t been.

The message – and the Peoples Gazette headline – is misleading.