Burning electric bus in Nairobi, Kenya? No, video of methane-powered bus on fire in Italy

A dramatic video of a bus with jets of flame shooting out of it and smoke billowing has been circulating on social media with the claim it was shot in Karen, a wealthy suburb of Kenya’s capital of Nairobi.

BasiGo is an electric bus company launched in March 2022 as fuel prices rose in Kenya.

But does the video really show a bus on fire in Nairobi? We checked. 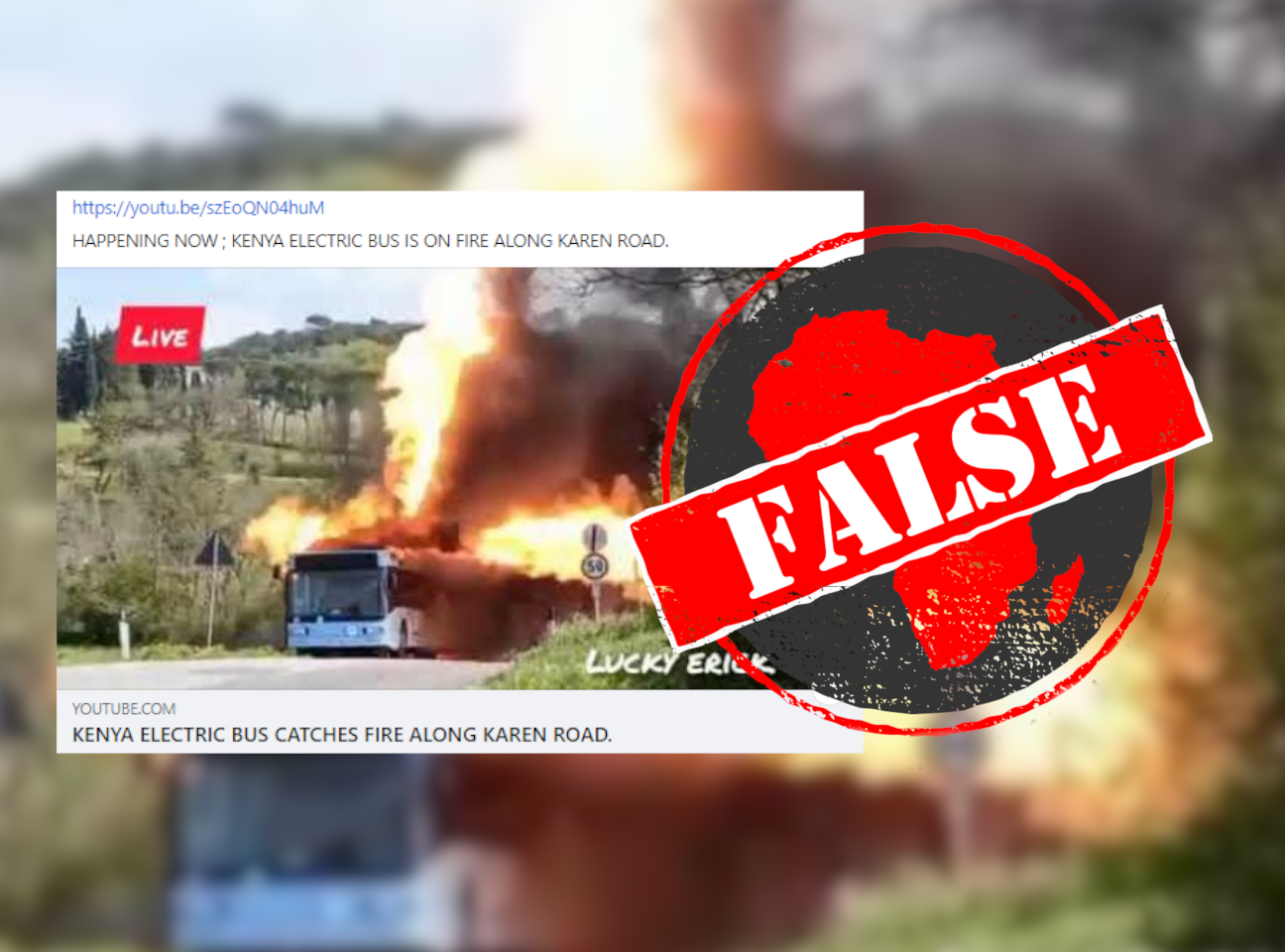 A closer look at the video finds a speed limit sign on the right side of the road, indicating that vehicles keep right. In Kenya, vehicles drive on the left.

Africa Check used the InVid WeVerify video verification tool to extract frames from the clip. We then ran them through a Google reverse image search. This suggested that the video was actually shot in Perugia, a city in the European country of Italy.

The image search led us to a longer version of the video, uploaded on an Italian-language YouTube channel on 16 April.

A machine translation of its description reads: “Fear in Perugia on Saturday afternoon, on the eve of Easter. It was just after 3 pm when, along the provincial road that goes from Ponte della Pietra to the Marscianese, a methane-powered bus caught fire.”

The bus was methane-powered, not electric. Methane is a highly flammable natural gas.

A Reuters fact-check pinpoints the exact spot the bus burst into flames.

To be sure, Africa Check asked BasiGo if one of their electric buses had caught fire in Nairobi. They said no, adding that their buses were fully operational as part of their pilot programme with Citi Hoppa and East Shuttles.