Hillary Mutyambai is the inspector general of the Kenyan national police service. But this Facebook page is using the top policeman’s name to lure unsuspecting users into paying money for non-existent jobs.

We took a closer look at the warning signs. 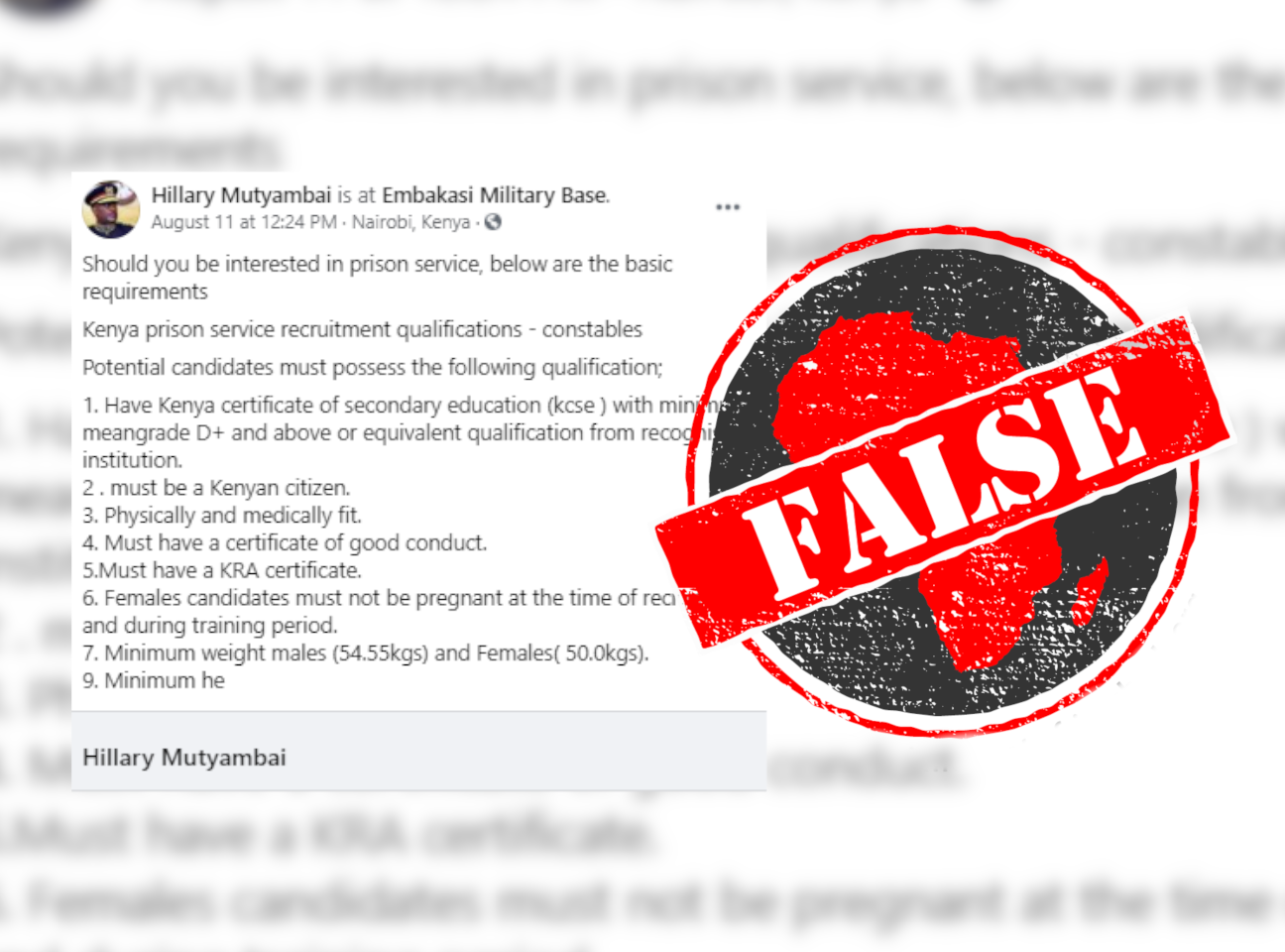 Mutyambai has been in office since April 2019, but this page was only created on 24 April 2021, according to Facebook’s page transparency feature.

It’s tagged as a “personal blog” and uses a photo of the inspector general as its profile photo and the logo of the Kenya police service as its cover photo.

The majority of the posts on the page are about recruitment.

One ad reads: “Attention! Attention ! If you have undergone through NATIONAL YOUTHS SERVICE training hit my inbox plz. NOTE: For only NYS graduates.”

While the page attempts to impersonate Mutyambai, it doesn’t do a very convincing job. Most visibly, the language used is riddled with grammatical errors.

Some of the posts on the page are not relevant to the police, showing Kenyan military personnel or those of the National Youth Service. But these institutions are not under the purview of the inspector general.

Other posts appear to be the inspector general’s personal opinions, written in a casual and emotional style very unlikely to be used by a prominent public figure.

Some posts also ask users to “hit my inbox”, another indication that the ads are not genuine.

Recruitment drives are usually advertised through the official pages of the National Police Service and the Kenya Police Service or in daily newspapers.

No drives were advertised in June and July 2021.

None of the job ads from the Facebook page appear on Mutyambai’s verified Twitter account. In fact, no job offers or news of recruitment appear on his page and the inspector-general – or his team – only posts about ongoing investigations and other official police matters.

Africa Check contacted the Facebook page. We were asked to pay KSh700 to receive an “admission letter”. Being asked for money is one of the biggest signs of an online scam, also identified in our guide to Facebook scams and how to spot them.

The Kenya police has repeatedly insisted that recruitment is free and that members of the public do not pay to join the force. Disregard any posts from this Facebook page.