A Facebook post by Radio Biafra claims the Nigerian government was caught on camera paying millions of naira to Boko Haram and bandits accused of dozens of violent attacks and abductions in the country’s northeast.

The post includes a 45-second video showing a man giving wads of cash to a group of other men, who appear to be Fulani herders.

“Nigeria government through its agency and secret negotiators caught on camera disbursing millions of naira to boko haram and bandits representatives in northern Nigeria,” the post reads. “It will be recalled that 800 million naira was paid to boko haram bandits for the release of the abducted 300 students in Jangebe Zamfara state Nigeria.”

AK-47-wielding Fulani herders and bandits have been linked to several incidents of kidnapping for ransom in Nigeria, prompting controversies that have led to president Muhammadu Buhari ordering that they should be shot on sight. 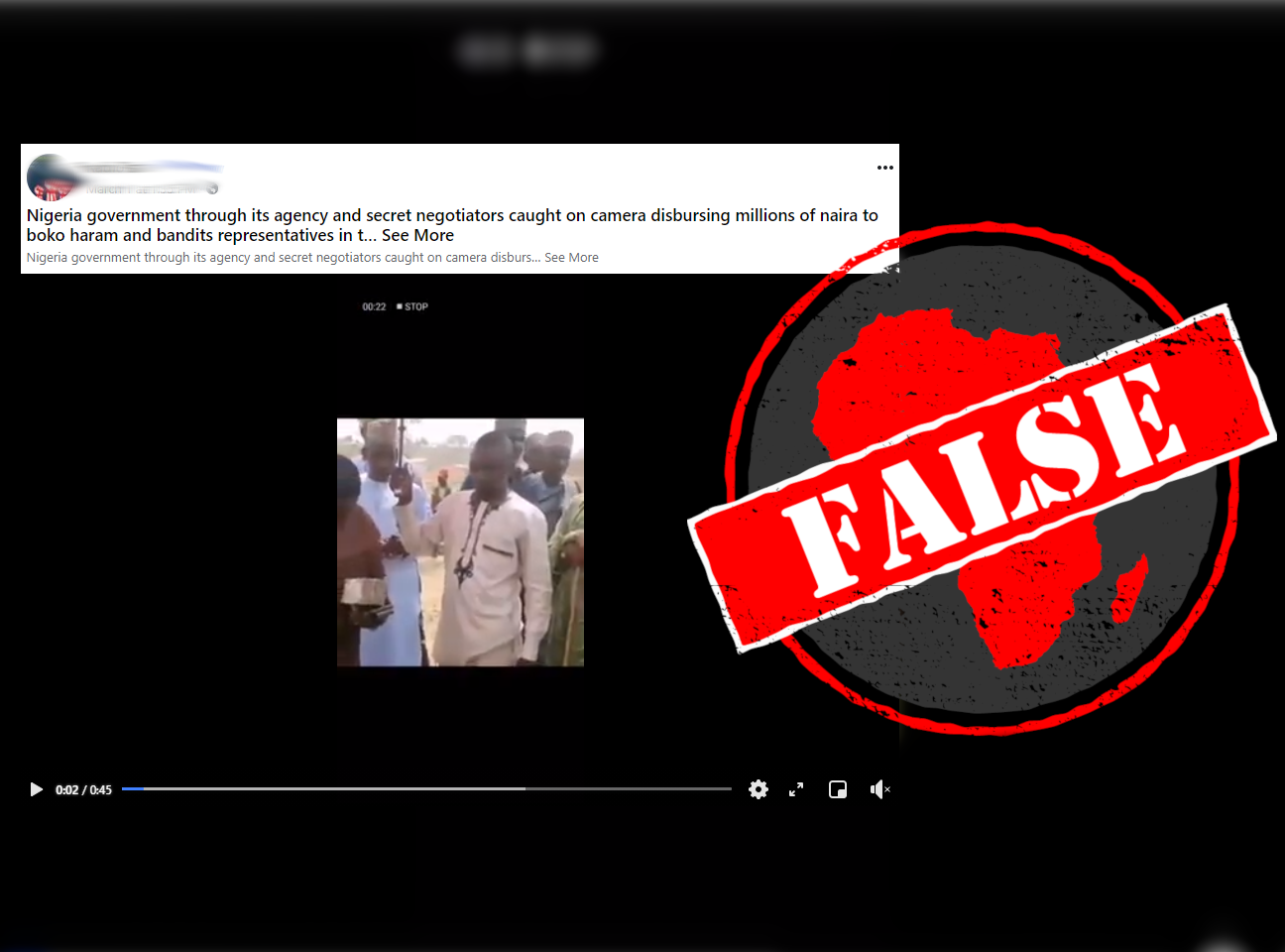 We found longer versions of the video on YouTube, which provided context. The conversation in the video indicates the Fulani men were being paid N200,000 each to vacate their homes and relocate from the land apparently bought by an estate developer.

The man giving out the money is Adaralegbe Akintayo, who owns an estate firm, T Pumpy Concept Limited.

On Facebook, Akintayo has debunked various false narratives that emanated from the video and posted media reports where he clarified what occurred in it.