I have been supporting Ruto but the ground is resistant? Ignore fake quote – not by Kenyan senator

A graphic doing the rounds on Facebook in Kenya attributes a quote to Kakamega county senator Cleophas Malala. Malala is running for governor of the county in western Kenya, near Lake Victoria.

In the quote, Malala appears to claim that the support base for deputy president William Ruto in the county is minimal. He says it’s dominated by Ruto’s main rival Raila Odinga, the former prime minister and Orange Democratic Movement (ODM) party leader.

Ruto and Odinga are both running for president in Kenya’s August 2022 general elections.

The graphic shows a photo of Malala and the logo of Kenyans.co.ke, a digital news outlet, implying it was published by them.

The quote reads: “I have been supporting Dp Ruto in the villages of Kakamega but the ground is resistant, it's too Azimio, we might even not get 35% of the 70% set, I have consulted my campaign team, and I will only be campaigning for my seat, tutajipangia mbele.”

Ruto leads the Kenya Kwanza alliance, a coalition of political parties set up ahead of the elections.

Under the alliance’s power-sharing deal, two coalition parties with leaders from western Kenya – the Amani National Congress and Ford Kenya – are to get 30% of government posts should Ruto win. But they are also tasked with delivering at least 70% of the western Kenya votes.

The alliance faces the Azimio la Umoja One Kenya coalition headed by Odinga.

But did Kenyans.co.ke attribute this quote to Malala? We checked. 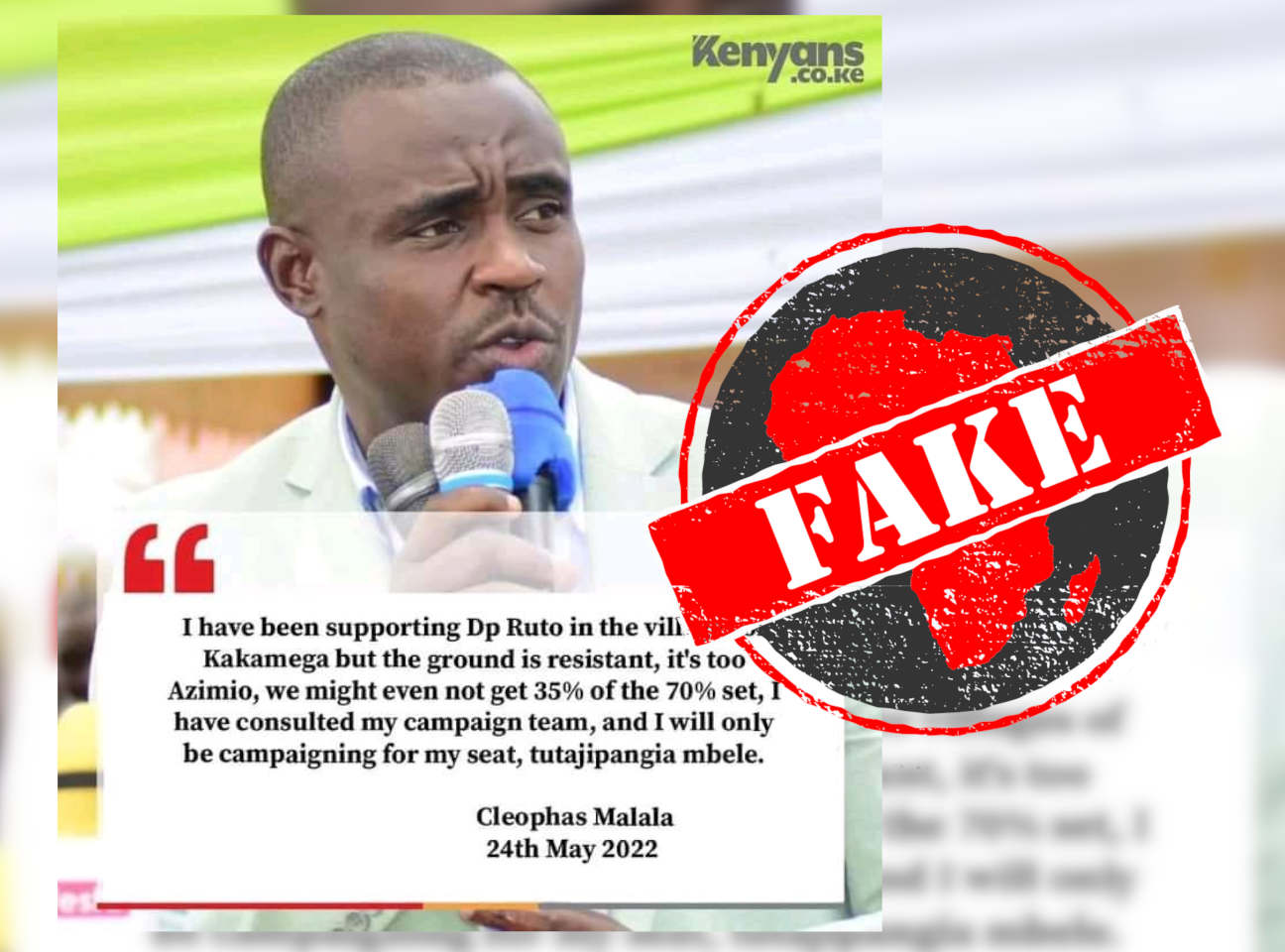 Africa Check asked Brian Muuo, the head of social media at Kenyans.co.ke, about the graphic. “This is fake too, you can tell from the font,” he told Africa Check. It was not published by the news organisation.

There is no evidence Malala said this, or that any other media house quoted the politician as saying it.