“I SLEPT WITH RACHEL RUTO,” reads the headline of what appears to be the 31 March 2022 front page of the Nairobian, a Kenyan newspaper named for the country’s capital. It’s been posted on Facebook, and has got attention on Twitter.

Rachel Ruto is the wife of Kenyan deputy president William Ruto, a frontrunner in the campaign for the presidency ahead of the August elections.

The headline is on a photo of Elly Kalekwa, the wealthy president of Kenyan football club Sofapaka FC who is said to have “Congolese and Rwandese roots”.

A summary below the headline reads: “CONGOLESE LOVE: Congolese Elly Kalekwa, who was former Sofapaka manager, reveals he was deported on orders by DP Ruto after the latter discovered he was secretly seeing Rachel.”

In 2017, Kenya’s Standard Media website posted an article headlined “I did not have sex with senior Jubilee boss’s wife – Sofapaka owner Elly Kalekwa.”

The story, attributed to the Nairobian, quoted Kalekwa as denying rumours that he had an affair with a prominent politician’s wife, and was deported from Kenya as a result. The politician was not named, but the Jubilee Party, which won the 2013 and 2017 elections, is led by Kenyan president Uhuru Kenyatta and Ruto.

But was this really the front page headline of the Nairobian’s 31 March 2022 edition? We checked. 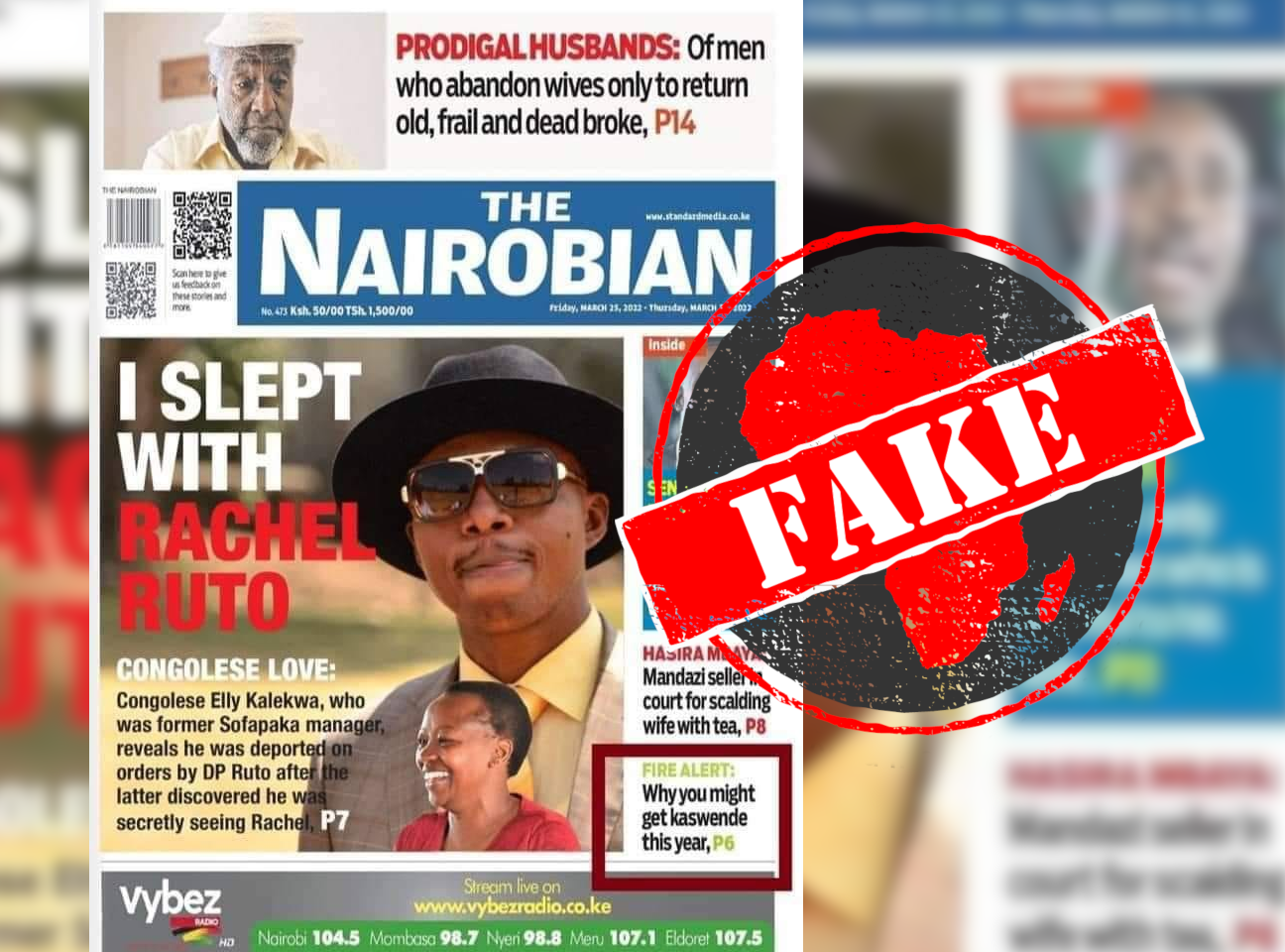 We checked the Nairobian’s e-paper website for the 31 March 2022 issue and found that the headline for the day’s front page was different.

And Standard Digital, the Nairobian’s owner, has posted the front page on Twitter – stamped “FAKE NEWS.”

Its tweet reads: “This is NOT a genuine cover of the Nairobian weekly newspaper. It is a manipulated front page. Be cautious NOT to fall for political propaganda and deep fakes during this electioneering season. For GENUINE newspaper front pages, follow @StandardKenya.”