“I am not a Politician, but this year I decide to Support two people, 1. H.E @WilliamsRuto the next 5th Presidency of the Republic of Kenya,” reads the text on the screenshot from a Twitter account with a photo of Jimmy Kibaki.

“HE” stands for “his excellency” and @WilliamsRuto is the deputy president’s Twitter handle.

We also found a similar tweet on another account with the name “Jimmy Kibaki HSC” and the handle @Jimmy_Kibakii.

But did Kibaki’s son turn to Twitter to show his political preference in the upcoming elections? 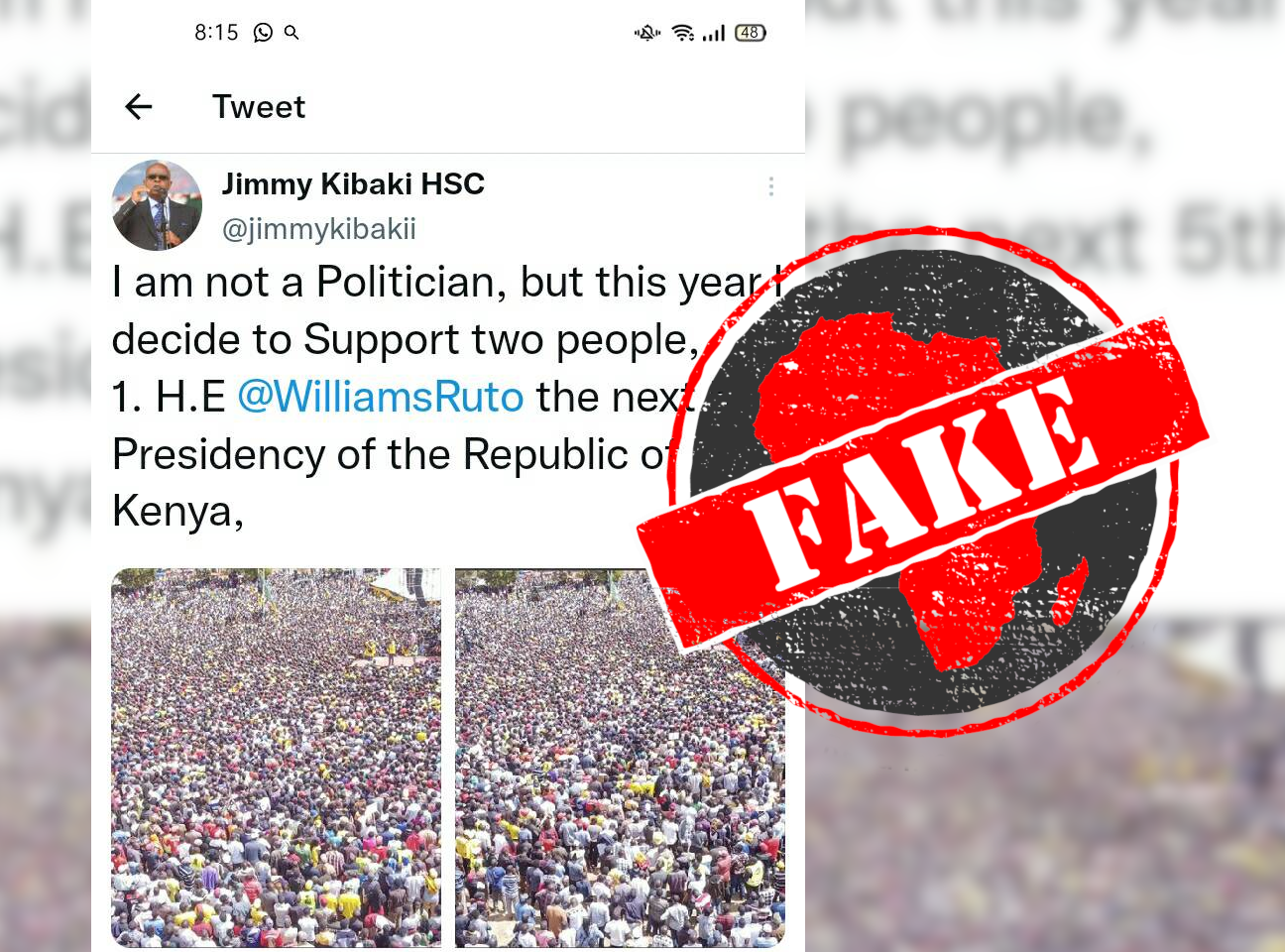 On 13 May, Jimmy Kibaki released a statement cautioning Kenyans of the fake accounts on Twitter impersonating him. The statement was widely reported in Kenyan mainstream media platforms here, here and here.

“It has come to my attention that there are several fake Twitter accounts impersonating me and purporting to imply that I support the Kenya Kwanza political formation,” he said in the statement.

“I would like to take this opportunity to inform Kenyans that they should ignore all fake and preposterous announcements emanating from these delinquent imposters.”

The statement concluded: “As to who I will vote for in the upcoming presidential election in August; as the voting is by secret ballot, my vote is, as it is for my fellow citizens, my secret”.

Contacted by Africa Check, he replied: “@Jimmy Kibaki is my official Twitter account. There are several fake accounts out there that we have reported, especially @jimmy_Kibakii .”