The recent arrest of Mike Sonko, the governor of Kenya’s Nairobi county, has drawn mixed reactions. Sonko is just one of the high-profile officials nabbed by the country’s anti-corruption agency.

Kenyans may be wondering if no-one in power is safe from arrest.

A few days after Sonko was taken in, a Facebook user posted a photo captioned: “Breaking news. William Ruto arrested by EACC.”

Ruto is Kenya’s deputy president, serving under president Jomo Kenyatta. The EACC is the Ethics and Anti-Corruption Commission, the agency involved in the arrest of the governor.

In the photo, three police officers with anti-riot gear have cornered a running man whose hands are raised in surrender.

The face of the man is of Kenya’s deputy president, but the context appears to be a demonstration. 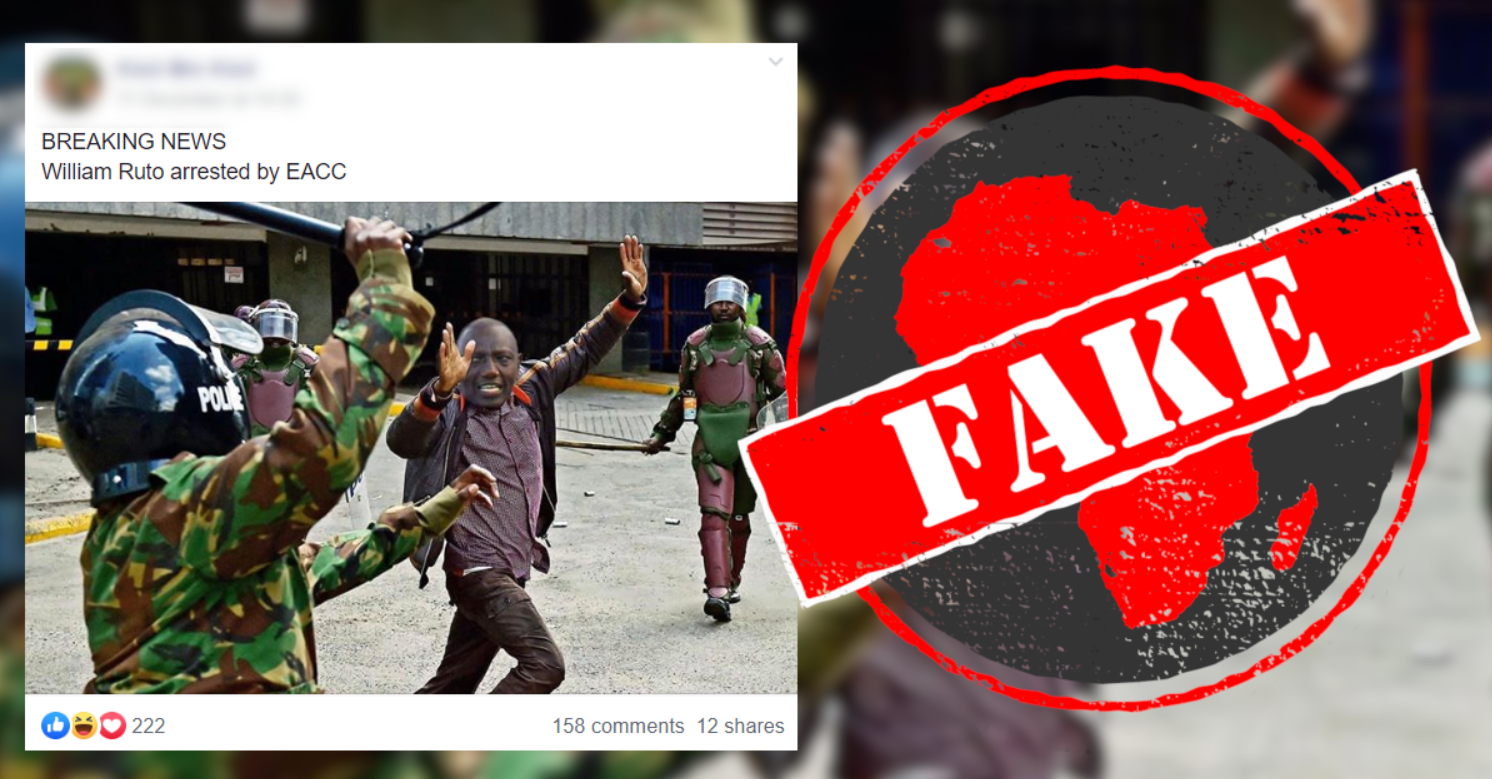 
A reverse image search of the photo reveals the photo was taken by AFP photographer Carl De Souza during opposition protests in Kenya in 2016, as the nation approached the 2017 presidential elections.

But it’s been photoshopped to show the face of the deputy president.

At the time, opposition leader Raila Odinga had called his supporters to the streets to force the Independent Electoral and Boundaries Commission out of office, claiming it was biased towards the ruling Jubilee Party.

The original photo was snapped by Carl De Souza for AFP.

It’s available on the Getty Images stock photo site. Here the caption reads: “Kenyan riot police officers raise batons over a man during a demonstration of Kenya's opposition supporters in Nairobi, on 16 May 2016.”