Kenyan musician Willy Paul wants to run for parliament – but independently for Mathare, not Embakasi East on UDA ticket

A poster shared on Facebook appears to show that Kenyan musician Wilson Abubakar Radido, widely known as Willy Paul, is running for the Embakasi East parliamentary seat in the 2022 elections.

Embakasi is a division of the Kenyan capital Nairobi.

The poster was shared in two public groups and on a number of other Facebook pages in November 2021.

The poster shows the musician and the logo and colours of the United Democratic Alliance, or UDA. The musician has previously met with Kenyan deputy president William Ruto who is associated with the UDA.

But is the poster legit? We checked. 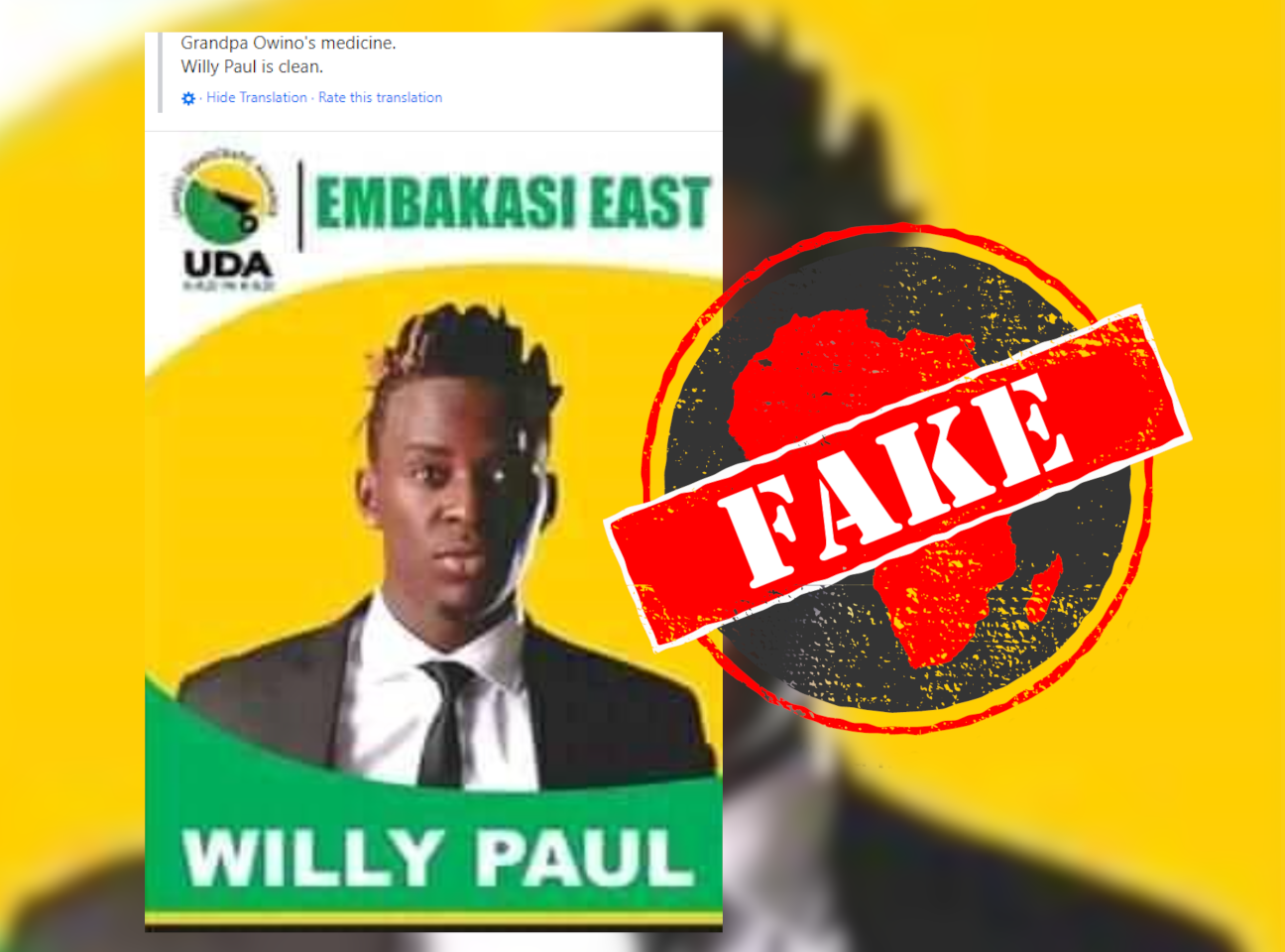 Ignore fake poster, but Willy Paul wants to be MP

Paul shared the UDA poster on his official Facebook page, dismissing it as “fake news”. But he does have political ambitions.

On 26 December 2021, the musician published a poster on Instagram and Facebook to announce he would be contesting the Mathare parliamentary seat in the 2022 election. Mathare is also in Nairobi and is one of the city’s oldest slums.

The poster was captioned: “Are you ready Mathare? Let's bring that change. #levels.” He also shared the poster on Twitter a day later with the hashtag #WillyPaulforMathare.

The poster does not hint at any political party or use any party colours.

Willy Paul has expressed interest in running for member of parliament in the 2022 elections, but for Mathare constituency in Nairobi, not Embakasi East.