Kenyan politicians clash over who will run with Ruto in 2022? No, Nation front page doctored

“Kuria, Gachagua clash over Ruto’s 2022 running mate,” reads the headline of what seems to be the 16 January 2021 edition of Kenya’s Saturday Nation newspaper, widely shared on Facebook.

The kicker below sensationally adds: “An explosive showdown has ensued in the deputy president's Tanga Tanga camp between the outspoken Gatundu member of parliament and his Mathira counterpart over who should be the DP's number two.”

The page shows photos of Moses Kuria, member of parliament for the Gatundu South constituency in Kiambu county, and Rigathi Gachagua, MP for Mathira the constituency in Nyeri county. Both are close allies of deputy president William Ruto, who has declared his intention to run for the presidency in 2022.

Data from CrowdTangle, Facebook’s public insights tool, shows the front page has been shared on public groups with thousands of members. 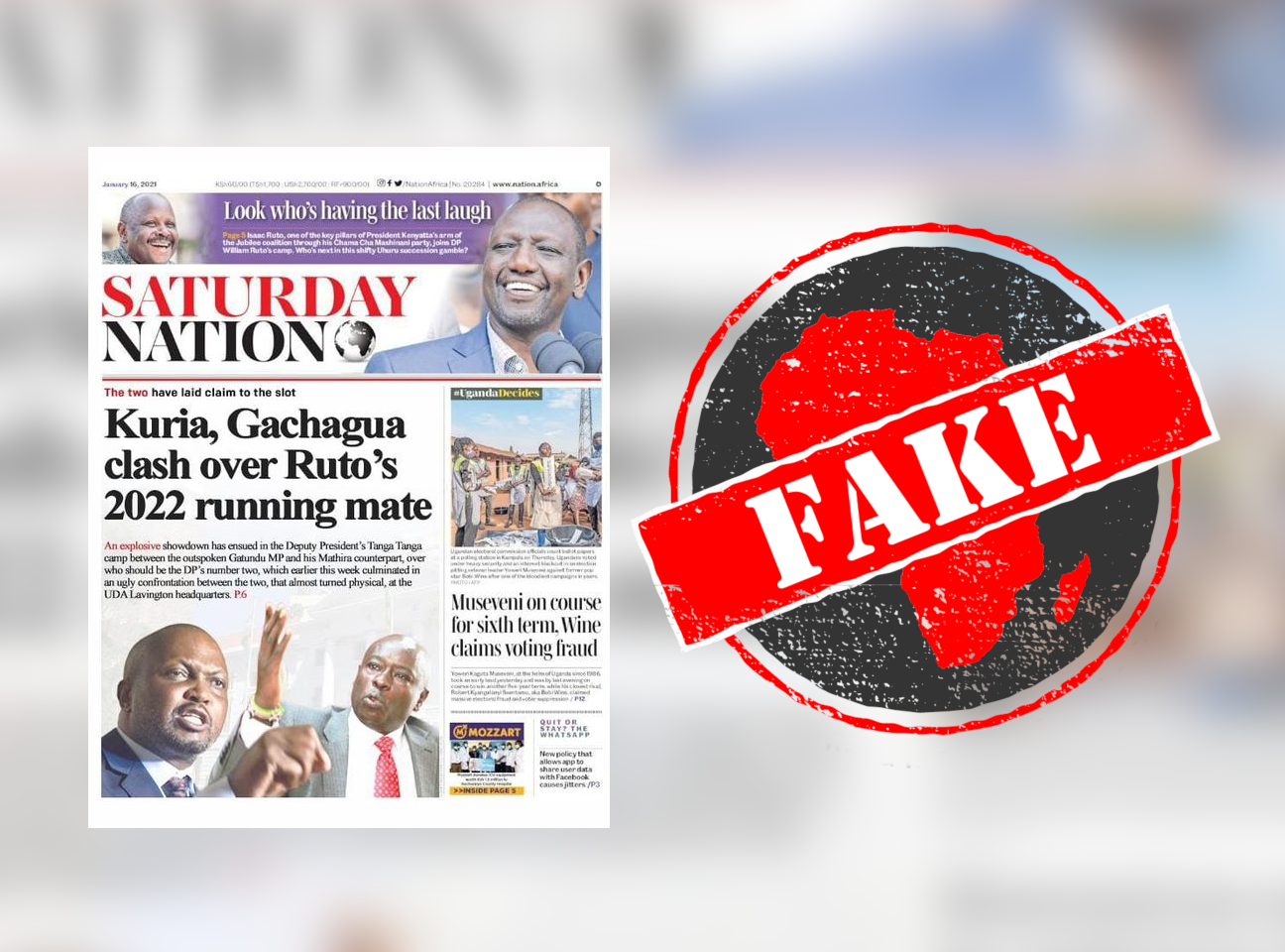 A look at the Nation’s Twitter timeline quickly reveals that the front page is fake.

Saturday Nation’s front page headline for 16 January in fact reads: “Governor Kananu?” The report is on the appointment of Anne Kananu as the new deputy governor of Nairobi county. It shows photos of Kananu and former Nairobi governor Mike Mbuvi Sonko, not Kuria and Gachagua.

As political temperatures in Kenya continue to rise ahead of the 2022 general elections, altered newspaper front pages are becoming increasingly common.

They appear to be made and distributed with the intention of swaying public opinion in favour of one or other political camp, as newspapers are among the most trusted news sources in Kenya. This one seems aimed at suggesting infighting among the deputy president’s supporters.

No, Kenya billionaire Wanjigi not running for Nairobi governorship as UDA candidate