An image of a “press statement” attributed to Safaricom, a Kenyan telecoms company, was posted on Facebook on 25 May 2022.

“Our attention has been drawn to remarks made by a running mate to one of the leading presidential aspirants in the 2022 General Election,” it begins.

“The running mate, while appearing on a breakfast show in one of the leading vernacular radio stations, revealed intentions to take actions that would interfere with our business operations and lead to shutting down of this company and other major corporate firms.”

It then goes on to list Safaricom’s contributions to Kenya’s economy.

The statement is dated 24 March 2022, and has the logo of Safaricom. It uses a font similar to the one used in the telco’s publications.

Kenya is set to hold elections in August.

On 24 May, Gachagua spoke to Inooro FM, a radio station broadcasted in the Kikuyu language. He expressed dissatisfaction with what he said were unsustainable bailouts of large companies in Kenya, such as the loss-making Kenya Airways. He said bailout money should instead be given to small businesses.

In his remarks, Gachagua also mentioned Safaricom as an example of these big companies.

But did Safaricom really issue a press release condemning Gachagua’s remarks? We checked. 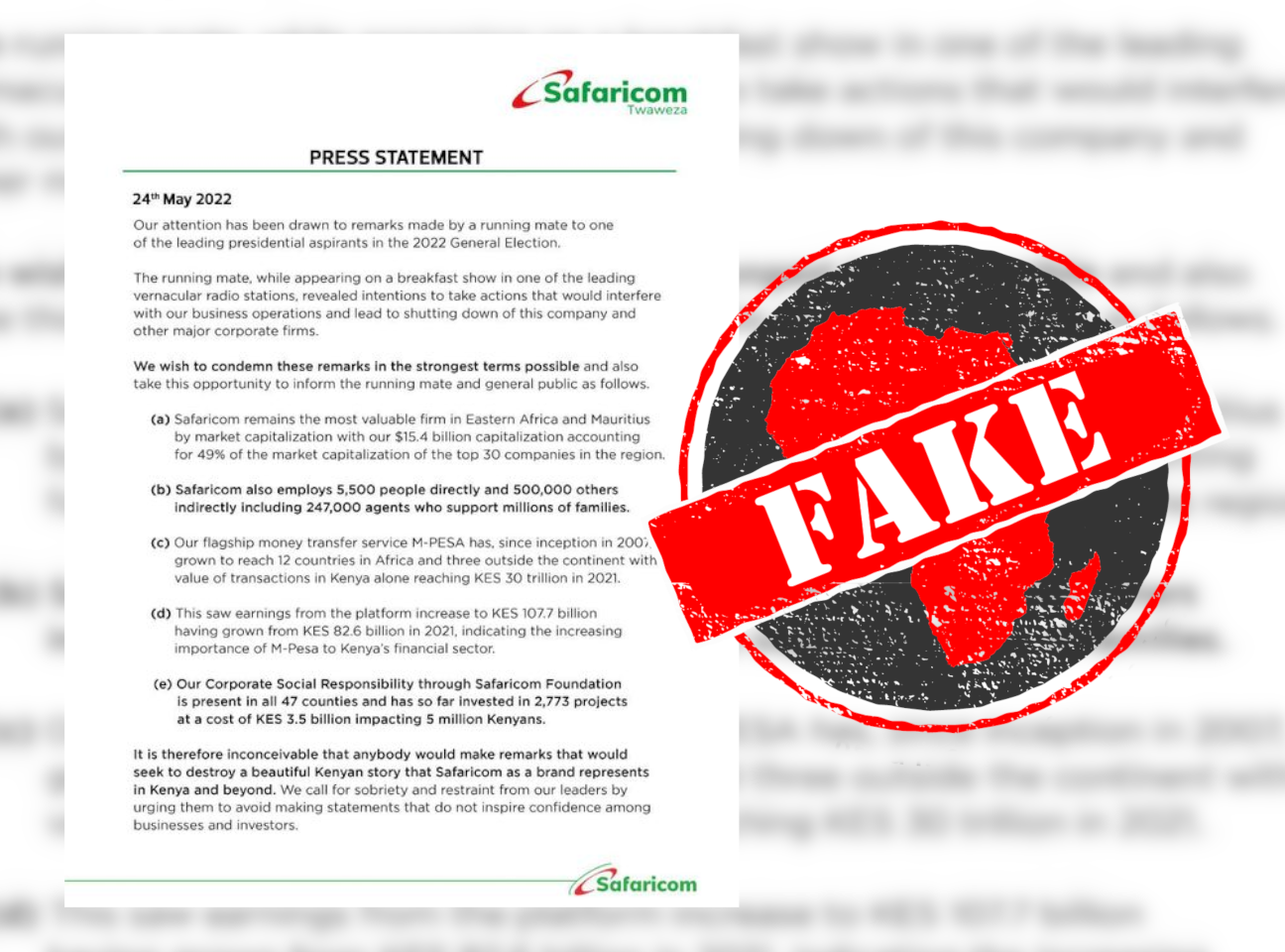 In a look through Safaricom’s website we found press releases issued by the company. We did not find the one criticising Gachagua.

“Please note that all our official communication is shared through our verified social media channels,” Safaricom said.