In late November 2021 Kenya’s Independent Electoral and Boundaries Commission (IEBC) pulled out of the National Multisectoral Consultative Forum on Election Preparedness (NMSCF), a government panel overseeing the country’s readiness for the August 2022 elections.

In a 22 November letter to interior ministry principal secretary Karanja Kibicho, commission chair Wafula Chebukati said the withdrawal was due to potential encroachment on the IEBC’s independence.

He said the NMSCF’s terms of reference “has the net effect of violating the Constitution, by purporting to direct the commission on how to discharge its mandate contrary to Article 88 of the Constitution”.

“We ... wish to state that the said withdrawal is against the collective wish of some commissioners whose voices equally matter on policy issues as such,” reads the letter, dated 30 November 2021.

“The IEBC would wish to notify the general public that it did not sit to discuss such an issue and/or deliberate on the same.”

But was the commission split on the decision to withdraw from the NMSCF? We checked. 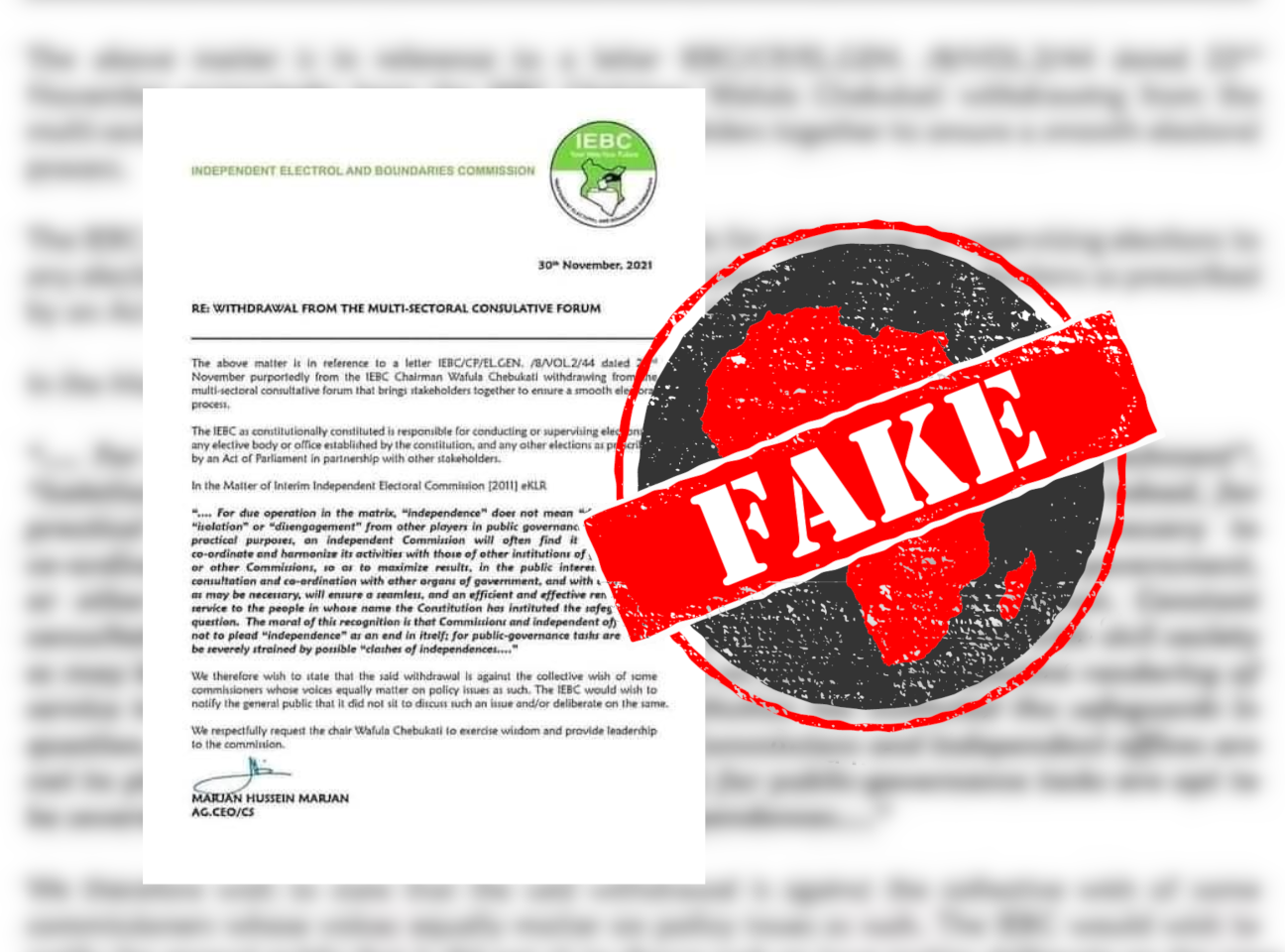 The letter is fake. The first clue is a misspelling in the letterhead: the word “electoral” in Independent Electoral and Boundaries Commission is wrongly spelled as “electrol”. An important national body would not have such a glaring error on its official stationery.

And in the subject line, the word “consultative” is misspelled as “consulative”. Again, it’s unlikely that the IEBC’s acting secretary would make such a mistake.

And on 1 December the electoral commission took to Twitter and Facebook to dismiss the letter, simply posting it with a big red banner across it stamped with the word “FAKE”.

There has been no public split between the IEBC’s chair and acting secretary over the withdrawal from the election preparedness panel.