Has the teenage daughter of Aisha Jumwa, member of parliament for Kenya’s Malindi constituency, died by suicide?

No. The claim is false.

On 22 May 2021 a screenshot was posted on Facebook in Kenya, with two photos.

Text above the photos reads: “Aisha Jumwa’s 16-year-old daughter Melisha Jumwa has committed suicide at Kalimoni Senior School. According to reports, she was found hanging dead in the school’s dinning hall this morning around 4:45am.”

But the photos are of a tragedy in Ghana. 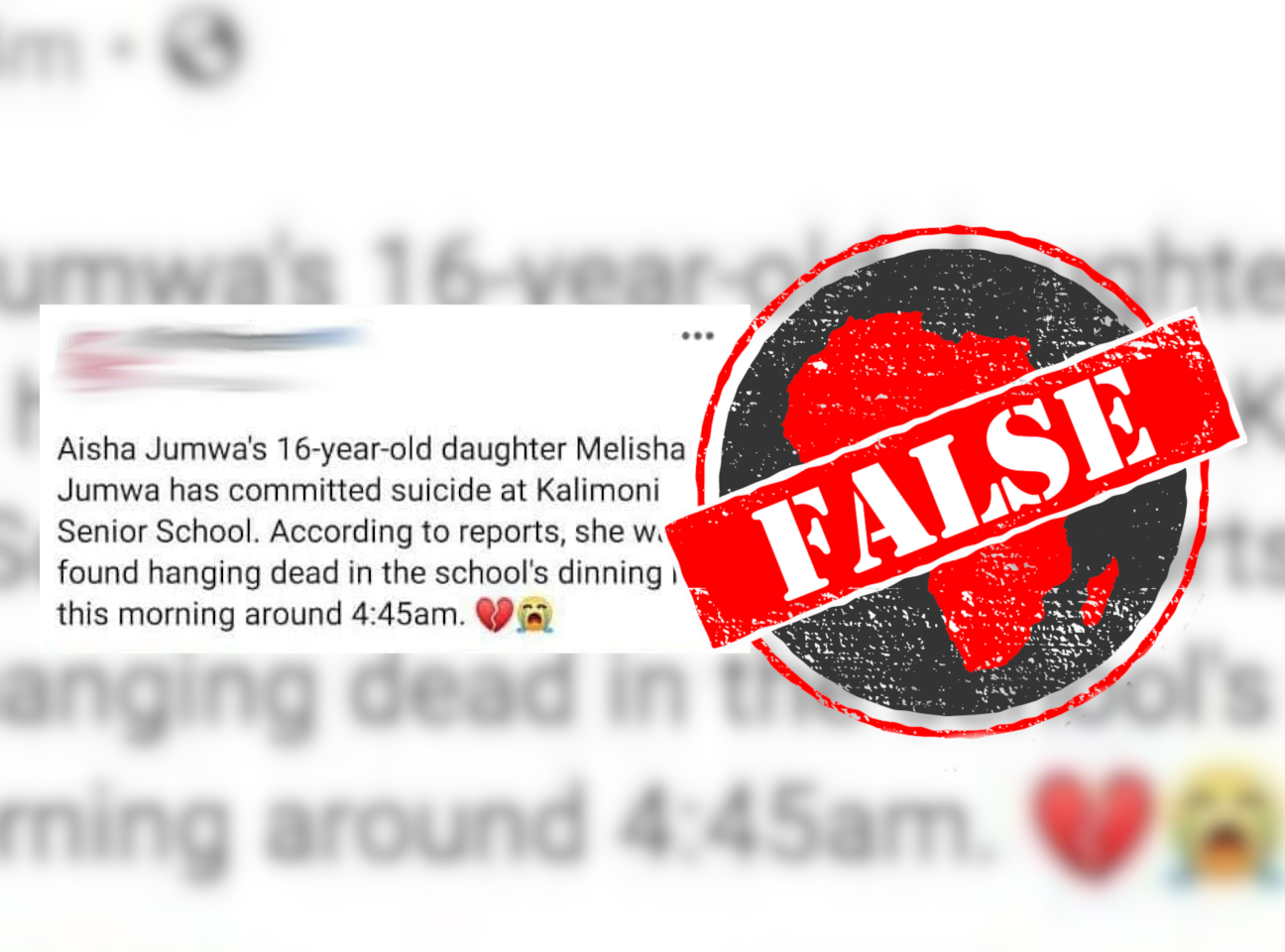 A Google reverse image search reveals that the young woman in the photos is in fact Leticia Kyere Pinaman, a 15-year-old who died at Miracle Senior High School in Ghana. Suicide has been suggested, but the family suspect foul play.

‘My family safe and sound’

On 22 May, Jumwa tweeted that claims the photos of Pinaman showed her 16-year-old daughter were “malicious”.

“Ignore any malicious rumors doing rounds on social media, that a member of my family has committed suicide,” she said.

“I want to categorically state that all members of my family are safe and sound. Let’s shun propagandist agenda and baseless rumor-mongering.”

Ignore any malicious rumors doing rounds on social media, that a member of my family has committed suicide. I want to categorically state that all members of my family are safe and sound.

The tweet includes a video of Jumwa expressing her outrage at the false claim.

“There is a post doing rounds on social media kuhusu msichana wa Aisha Jumwa anayesemekana amejitia kitanzi akiwa shule,” she says in the video, in a mix of Kiswahili and English.