An image of what looks like a front page of the Star, a Kenyan daily, with the headline “Mass exodus from Ruto” was posted on Facebook in March 2021.

Underneath the headline is a brief summary: “Hints of betrayal as Mt. Kenya Tanga Tanga MPS in Kirinyaga, Nakuru and Nyandarua pledge loyalty to Uhuru.”

William Ruto is Kenya’s deputy president and has declared interest in running for president in the 2022 elections.

The two have worked together since the 2013 general election but the media have reported they have fallen out.

But is the front page shared on Facebook genuine and published by the Star? We checked. 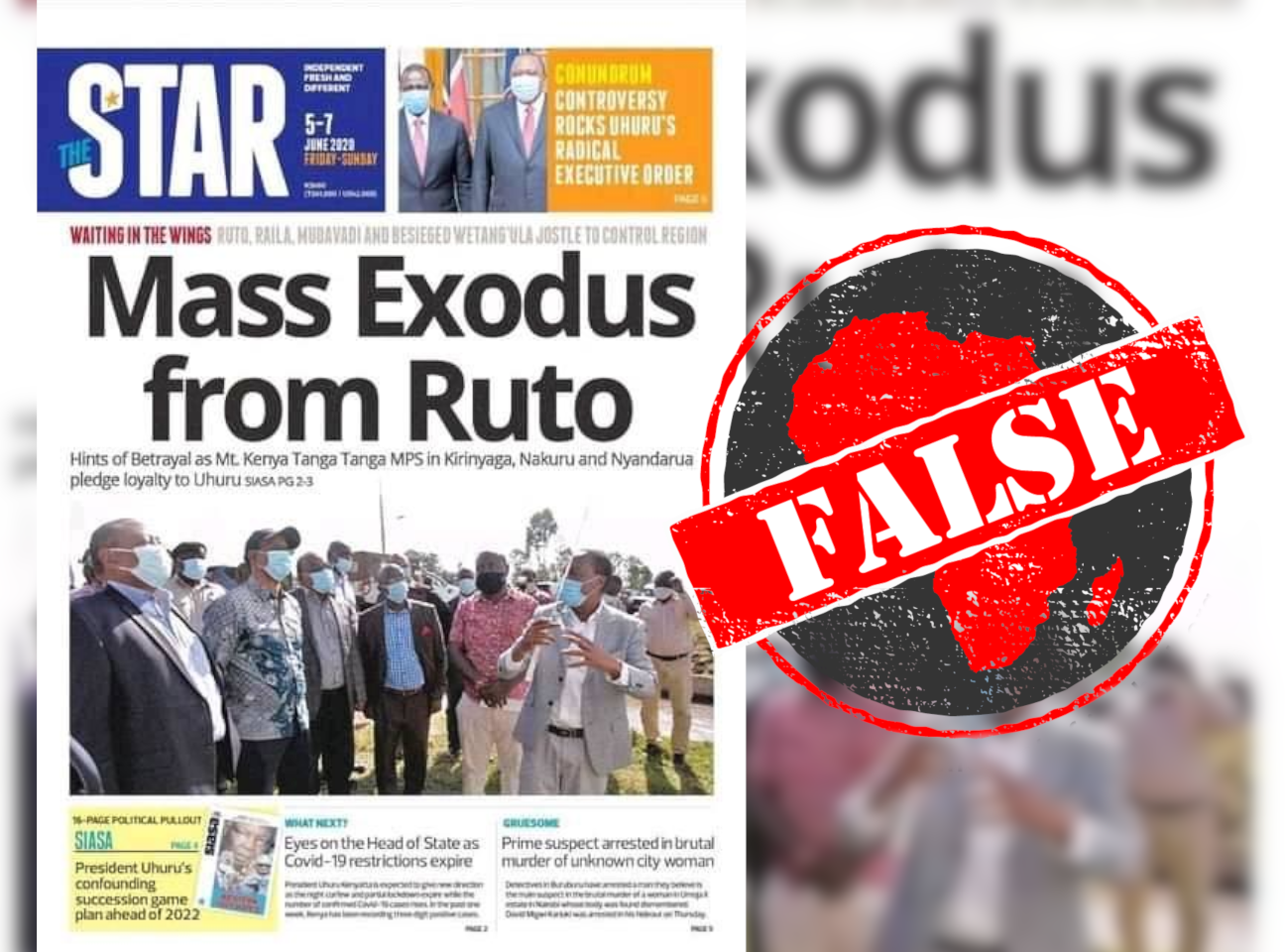 Africa Check searched for the sub-heading to another article on the front page, “Controversy rocks Uhuru’s radical executive order”, on Google.

We found both the version of the front page shared on Facebook and what appears to be the original front page in the search results.

We searched for this headline on Twitter and found another copy of the real front page, published by the Star on 4 June 2020. The version circulating on social media has been digitally manipulated.

The main photo on the genuine front page is also different. The Star did not publish an article with the front-page headline “Mass exodus from Ruto”.