A graphic posted on Facebook on 4 December 2021 claims that back in 1999, Microsoft co-founder Bill Gates developed a game called Omikron.

“DID YOU KNOW?" the graphic’s breathless text asks. “Omikron was the name of a 1999 video game by Microsoft and Bill Gates about demons pretending to be humans and harvesting their souls.”

The post has been viewed more than 5,700 times so far.

Omicron is a variant of the Sars-Cov-2 coronavirus that causes Covid-19. It was identified in South Africa in late November 2021. The World Health Organization has named it a “variant of concern”. By 10 December, it had been reported in 57 countries.

But did Gates and Microsoft create a video game named Omikron – “about demons pretending to be humans and harvesting their souls” – more than two decades ago, in 1999? 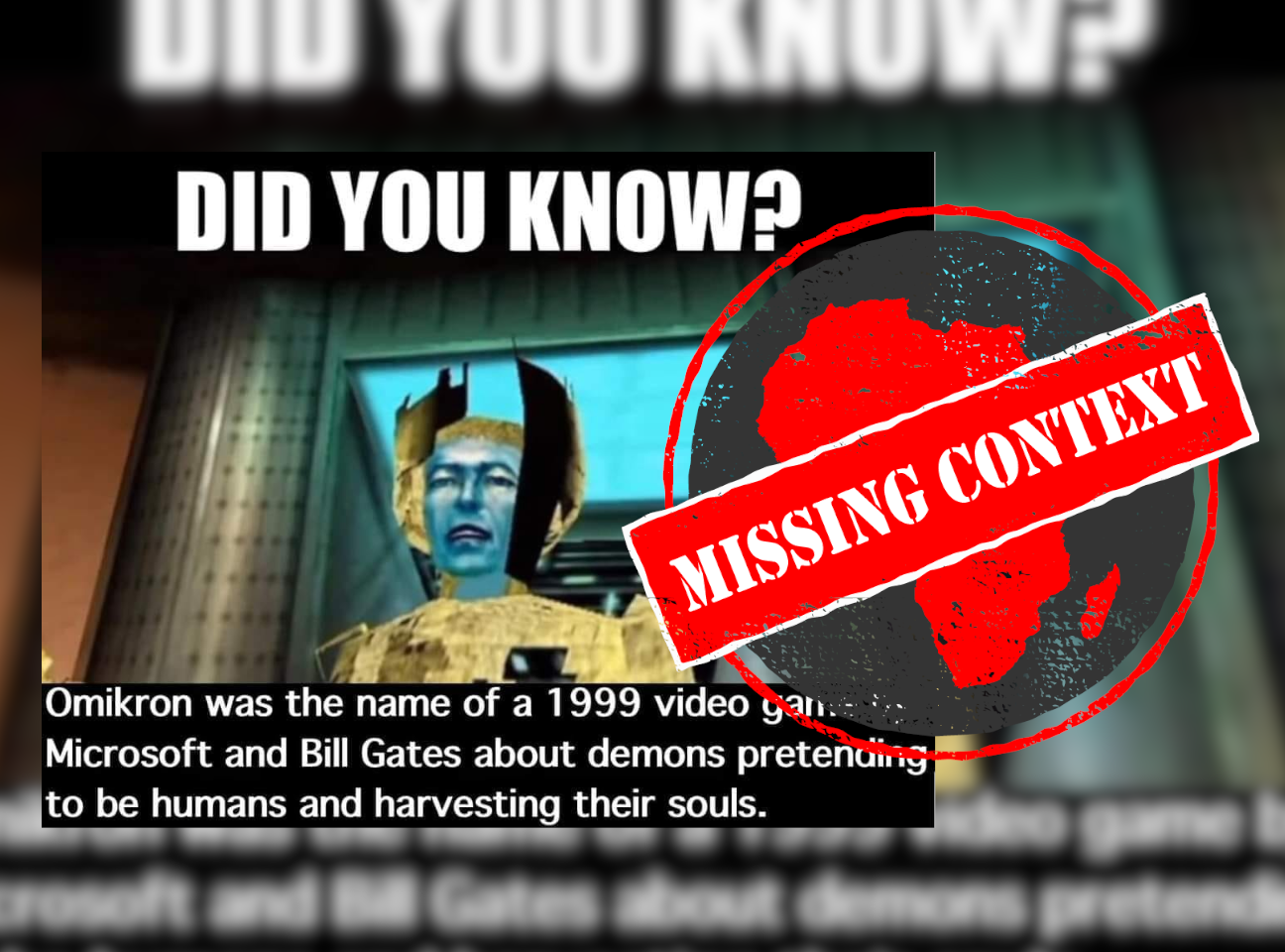 Omikron: The Nomad Soul is a game released in November 1999 on the Microsoft Windows platform. The game follows players as their souls enter dark, futuristic Omikron, a city in an alternate dimension. Players have to navigate the world while escaping demons trying to trap their souls in it.

The game was first released on Microsoft Windows, but was not developed by Gates or Microsoft. It was built by Quantic Dream, a video game developer founded in Paris, France by David Cage.

In 2000, the game was released on the home video console Dreamcast.

The word “omicron” is a letter of the Greek alphabet.

The Greek alphabet is commonly used in fields such as maths, science and engineering. The WHO has recommended that Greek letters be used to name new Covid-19 variants for practical reasons when discussing the virus with non-scientific audiences.

The WHO has so far identified five Sars-Cov-2 variants of concern, all named after letters in the Greek alphabet. They are Alpha, Beta, Gamma, Delta and Omicron.

(Note: In 2020, Africa Check received 11% of its income from the Bill and Melinda Gates Foundation.)

No, unvaccinated people may enter and leave Australia, other countries – no evidence only vaccinated have spread Omicron Covid variant