A voice note doing the rounds on WhatsApp in South Africa warns people to fill up their petrol tanks.

“Guys, please a reminder that Friday there is a major shutdown of all petrol stations,” an unidentified woman says.

The “guys at our petrol station” confirmed the shutdown, she says, adding that her husband’s company sent an email to staff across the country telling them to make sure they filled up their tanks on Thursday.

She ends with: “There’s gonna be no petrol available on Friday. Could go through to Saturday and Sunday. So fill up your tanks with everything that you need for the weekend.”

Africa Check received the voice note on 10 March 2022. But the woman doesn’t give the date of the Friday the shutdown is supposed to happen, or even explain it.

The claim has made its way onto Facebook, with users urging people to fill up their tanks.

South Africa’s petrol price hit a record R21.60 a litre on 2 March. Oil prices have soared to their highest since 2008 across the world, largely because of the new global crisis caused by Russia’s invasion of Ukraine in late February.

We’re publishing this on a Friday, and South Africa’s petrol stations are still open. So what’s going on? 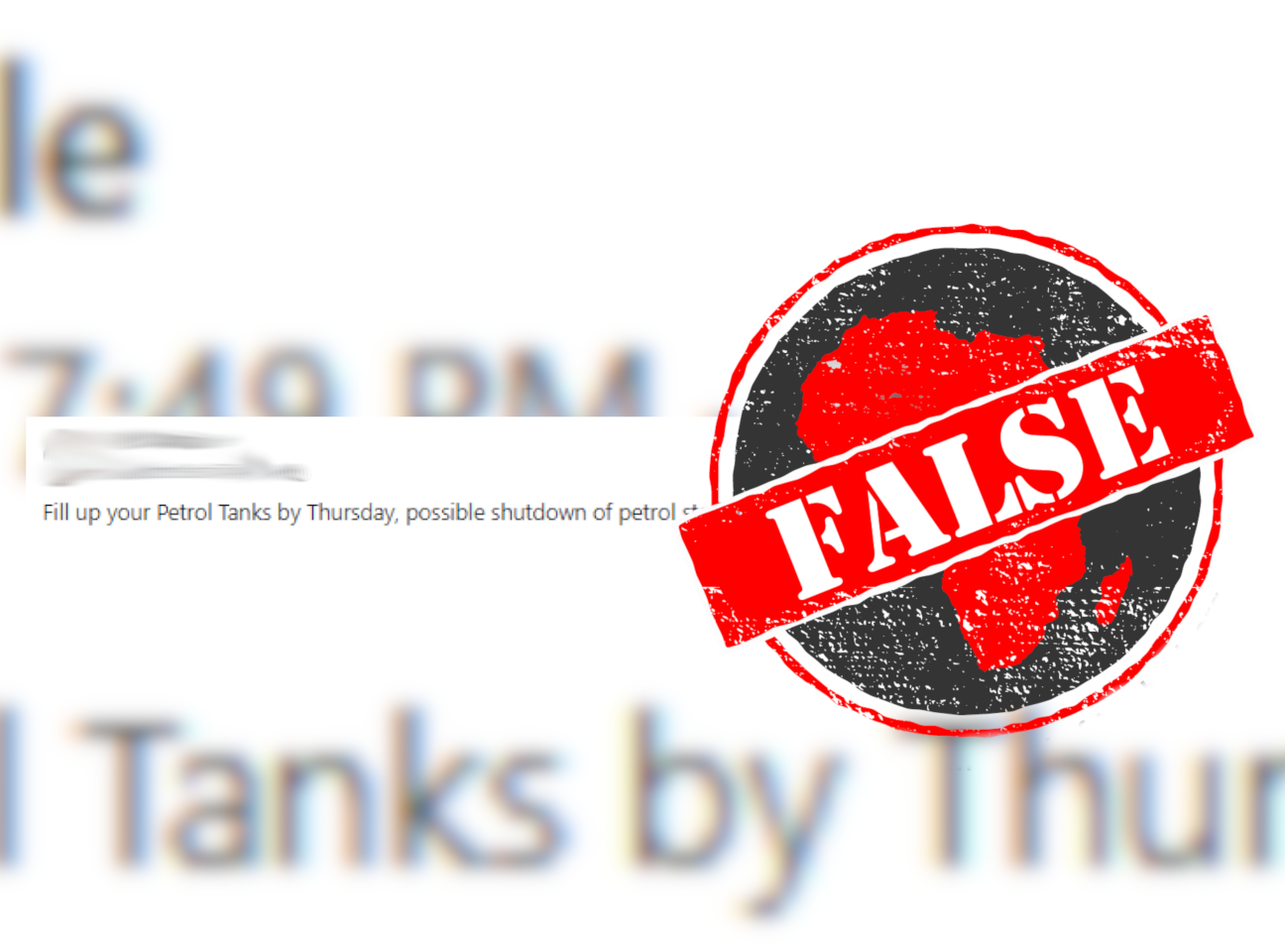 We couldn’t find any evidence online of a planned shutdown of petrol stations.

We contacted major local petrol companies BP Southern Africa and Sasol. Both confirmed that the voice note’s claim was false.

“It has been brought to our attention that a voice message is circulating in social media regarding a national shutdown of filling stations on Friday 11 March 2022. Please note that the message is false and that all our sites remain operational,” Sasol spokesperson Matebello Motloung told us.

In a statement sent to us, BP Southern Africa said: “We are not aware of any planned shutdown of petrol stations. We are only hearing about it on social media, so as far as we are concerned it's business as usual.”

Claim from 2018 resurfaces after Ukraine crisis

The article describes a voice note widely circulated on WhatsApp. Again, a woman claims petrol stations will be closed “on Friday”.

It quotes her as saying: “There will be no petrol at stations on Friday through to Saturday and Sunday.” The wording is almost exactly the same as that in the WhatsApp voice note we received four years later.

The claim was also rubbished by local petrol companies.

There’s no evidence South African petrol stations will be shut down “this Friday”. But you probably know that already.