Nigerian vice president Yemi Osinbanjo has warned that supporting the Indigenous People of Biafra (Ipob) on Twitter and Facebook would lead to people losing access to their social media accounts, according to a message circulating on Facebook in December 2021.

It reads: “Be Ready To Lose Your Facebook Pages, Twitter Handles, Other Social Media Platforms If You Use Them To Promote IPOB Activities In Nigeria - Vice President, Yemi Osibanjo Warns.”

Ipob campaigns for the secession of southeastern Nigeria to create a country called Biafra.

But did Osinbanjo really say this? 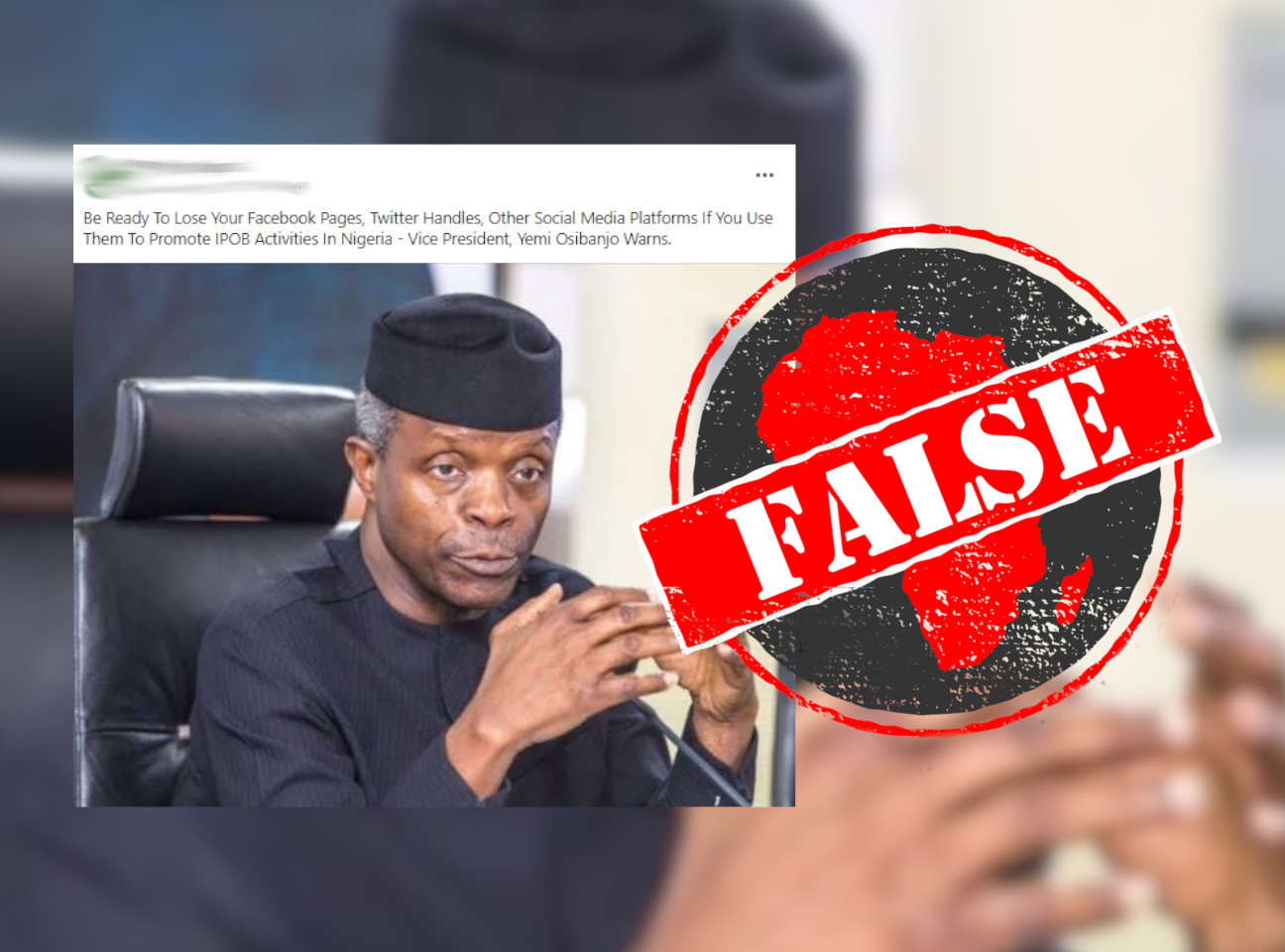 The federal government has often publicly displayed its displeasure for the activities of Ipob. It has also threatened to take action against people or groups that support the organisation.

But the Facebook post does not give details of where and when Osinbanjo is meant to have made the statement. This lack of detail is often a clue that a claim spreading on social media is false.

There have been no reports in the mainstream media of Osinbanjo saying that Nigerians risk losing their social media accounts if they use them to support Ipob. Credible news organisations would have reported such a statement.

There is also no mention of the statement on Osinbanjo’s official Facebook and Instagram, where he regularly posts about his political activities and opinions.