No, Kenyan deputy president William Ruto was not ‘escorted to meet Queen Elizabeth’ on his 2022 UK trip

An image posted on Facebook shows a packed crowd of people in a tree-lined street, some waving flags.

It was posted on 7 March 2022 in a Kenyan Facebook group with over 140,000 members. The caption claims it shows “hustlers and Kenyans in diaspora” escorting the Kenyan deputy president William Ruto “to meet Queen Elizabeth”.

Ruto arrived in the UK capital city London on 6 March 2022 for a series of meetings. He claims to lead a movement of hustlers and is running for president in Kenya’s August 2022 general elections.

But does the photo show Ruto’s welcome party to the UK? We checked. 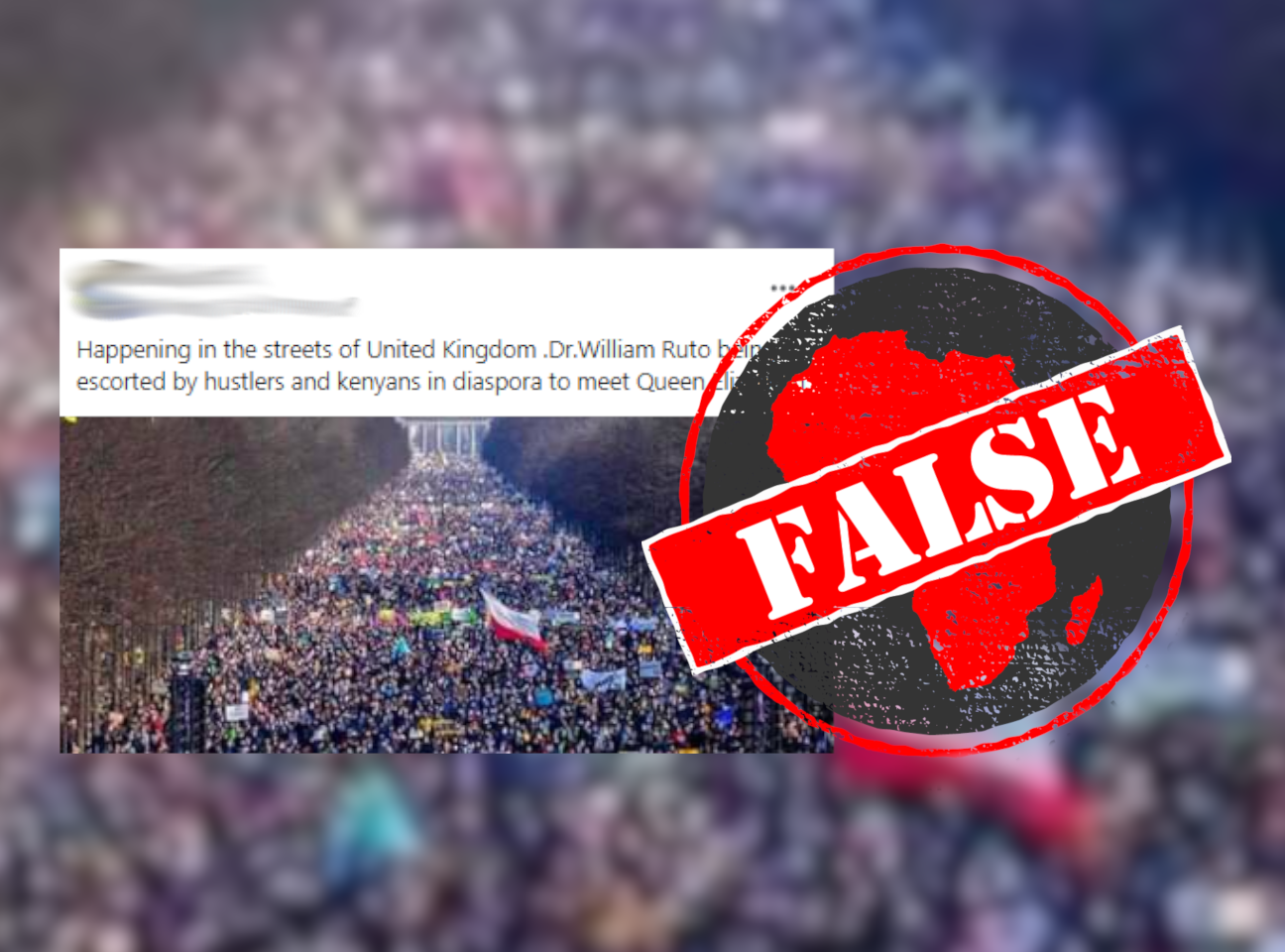 A reverse image search of the photo reveals similar ones were published across different websites in articles about the February 2022 Russian invasion of Ukraine.

The photo used in the claim is among those published by the British Guardian newspaper under the title: “Global support for Ukraine continues – in pictures.”

A summary of the photos reads: “From London to Australia, protests against the Russian intervention in Ukraine continue on all continents.”

The photo was taken in Berlin, the capital of Germany, and shows people marching in support of the Ukrainian people on 27 February 2022.

Ruto did not meet the queen of the UK, Elizabeth II, and this photo is not of his supporters welcoming him to the country in March 2022.