A graphic posted on Facebook in Kenya quotes Junet Mohamed, the secretary general of the Azimio la Umoja election coalition, as accusing Fernandes Barasa of the Orange Democratic Movement (ODM) party of corruption.

Barasa is running for Kakamega county governor’s seat in the August 2022 elections on the ODM party ticket.

The ODM is part of the Azimio coalition, which is headed by ODM leader Raila Odinga. Odinga is running for the presidency in the elections.

The graphic is dated 24 May 2022 and includes the logo of Kenyans.co.ke, a news website, and a photo of Mohamed. It’s similar to graphics the website regularly puts out on social media.

The quote reads: “We know of people hiding in ODM for the sake of this election and to escape court cases against them. The Gubernatorial candidate of Kakamega, Fernandes Barasa is a good example. His close ties with William Ruto and how they stole billions of tax payer’s money on inflated non existent contracts cannot be ignored.”

William Ruto is Kenya’s current deputy president and, as leader of the Kenya Kwanza coalition, Odinga’s main rival in the presidential race.

But did Kenyans.co.ke really quote Mohamed as saying this? We checked. 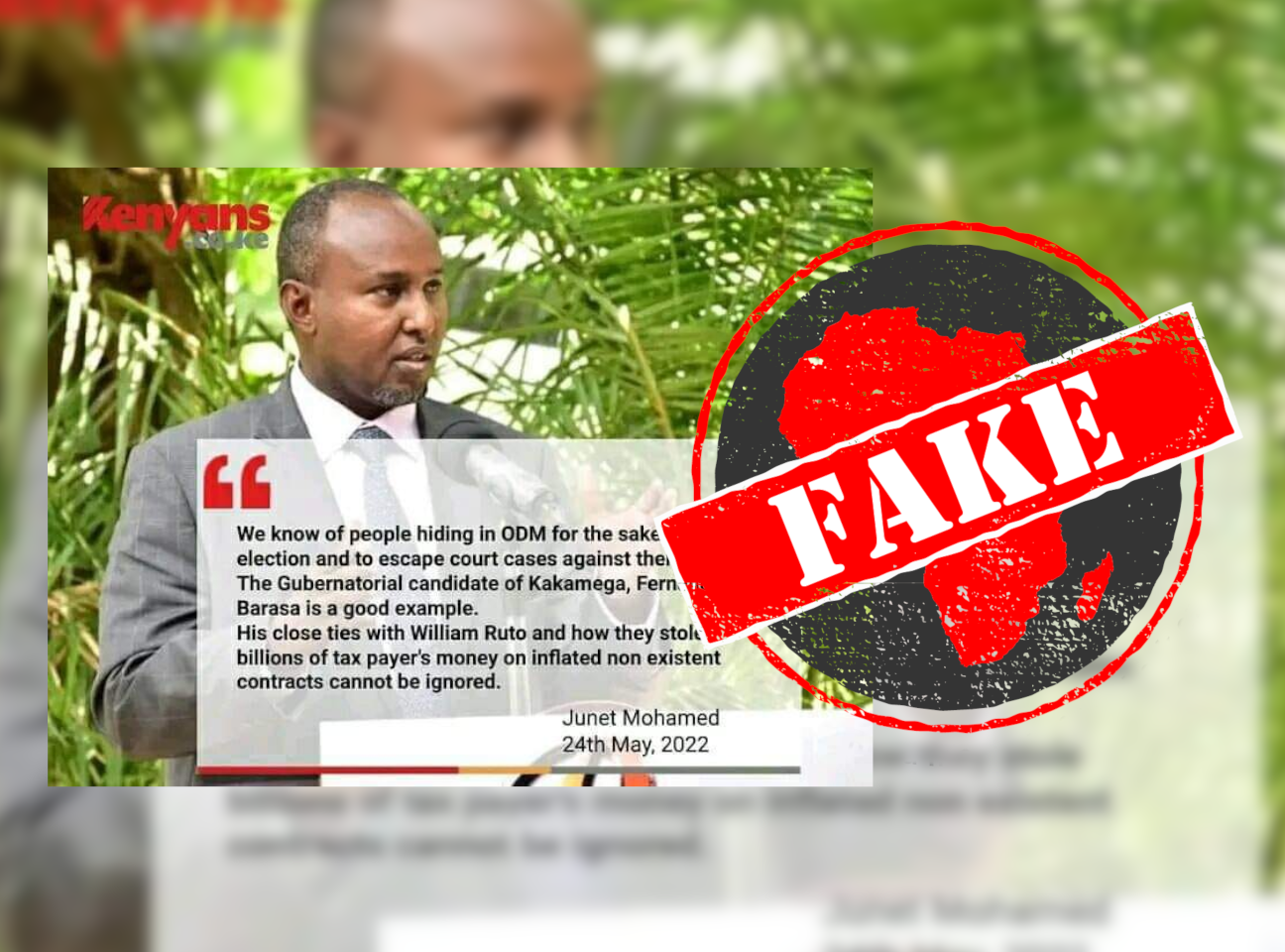 Such a statement would be widely reported in Kenya, but we found no news reports of it.

On 27 May, the site posted the graphic – stamped “FAKE” – on its official Facebook page.