A graphic doing the rounds on Facebook in May 2022 quotes Kenyan politician Oburu Odinga as saying he will be dropping his bid for the Siaya county senate seat in favour of a younger candidate.

“It is not my wish to be a community enemy just because of a seat, after all my brother H.E the Prime Minister is the Fifth,” the quote reads.

“I want to categorically put it that I drop my senatorial bid for Siaya for a younger and promising member of the community more so to my competent opponent Julius Okinda.”

Kenya is set to hold general elections on 9 August.

Born in 1943, Oburu Odinga is the older brother of Raila Odinga, leader of the opposition Orange Democratic Movement (ODM). The younger Odinga was Kenya’s prime minister from 2008 to 2013. He is now running for the presidency under the Azimio la Umoja One Kenya coalition party ticket.

Oburu launched his Siaya county senatorial bid in March, under the ODM party ticket. He has been endorsed by the county’s legislatures.

The graphic includes the logo and branding of Kenyans.co.ke, a news website. But did Oburu Odinga really say this, and did the website quote him? We checked. 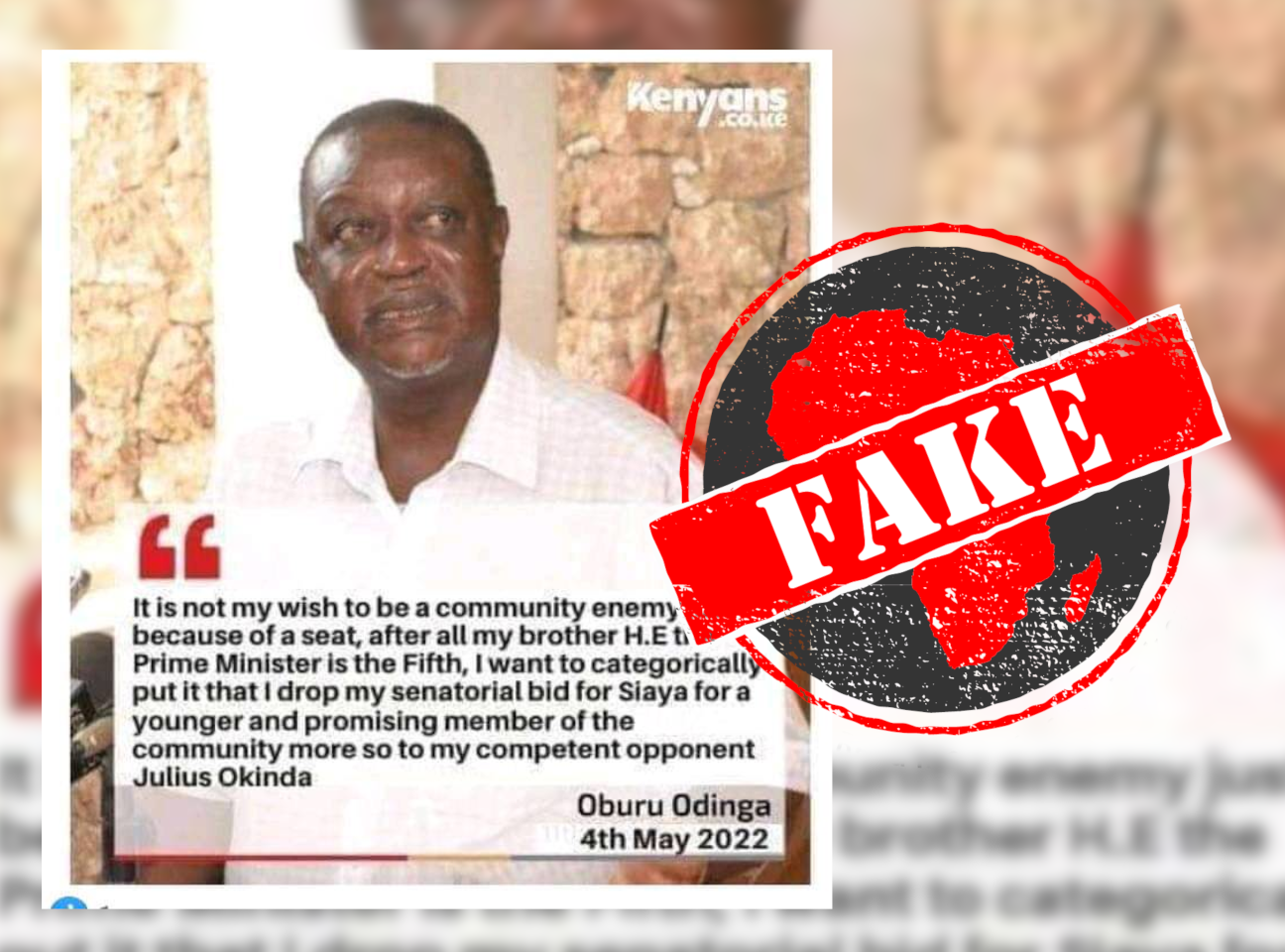 Odinga’s announcement of his senate bid was widely reported by local media. But there has been no news of him dropping out.

Africa Check asked Brian Muuo, the head of social media at Kenyans.co.ke, about the graphic. “This is fake,” he said.

There is no evidence the politician said this, or that any other media house quoted him as saying it.