A Facebook page shared what looks like a degree certificate for the Kenyan chief justice, Martha Karambu Koome.

The certificate shows the logo of the University of Nairobi and the judge’s name. It says she was awarded a bachelor of law degree with first-class honours on 29 September 1986.

The post is captioned: “Justice Martha Koome was the first female I’m Kenya to get a first class in Law, 1986 at the Great University of Nairobi. Our incoming CJ is always Super Brilliant.”

Other Facebook users also shared the certificate, with some suggesting it was a “fake transcript”.

Koome was sworn in on 21 May 2021. She is the country’s 15th chief justice and the first woman in the position.

But is this really the chief justice’s degree certificate? We checked. 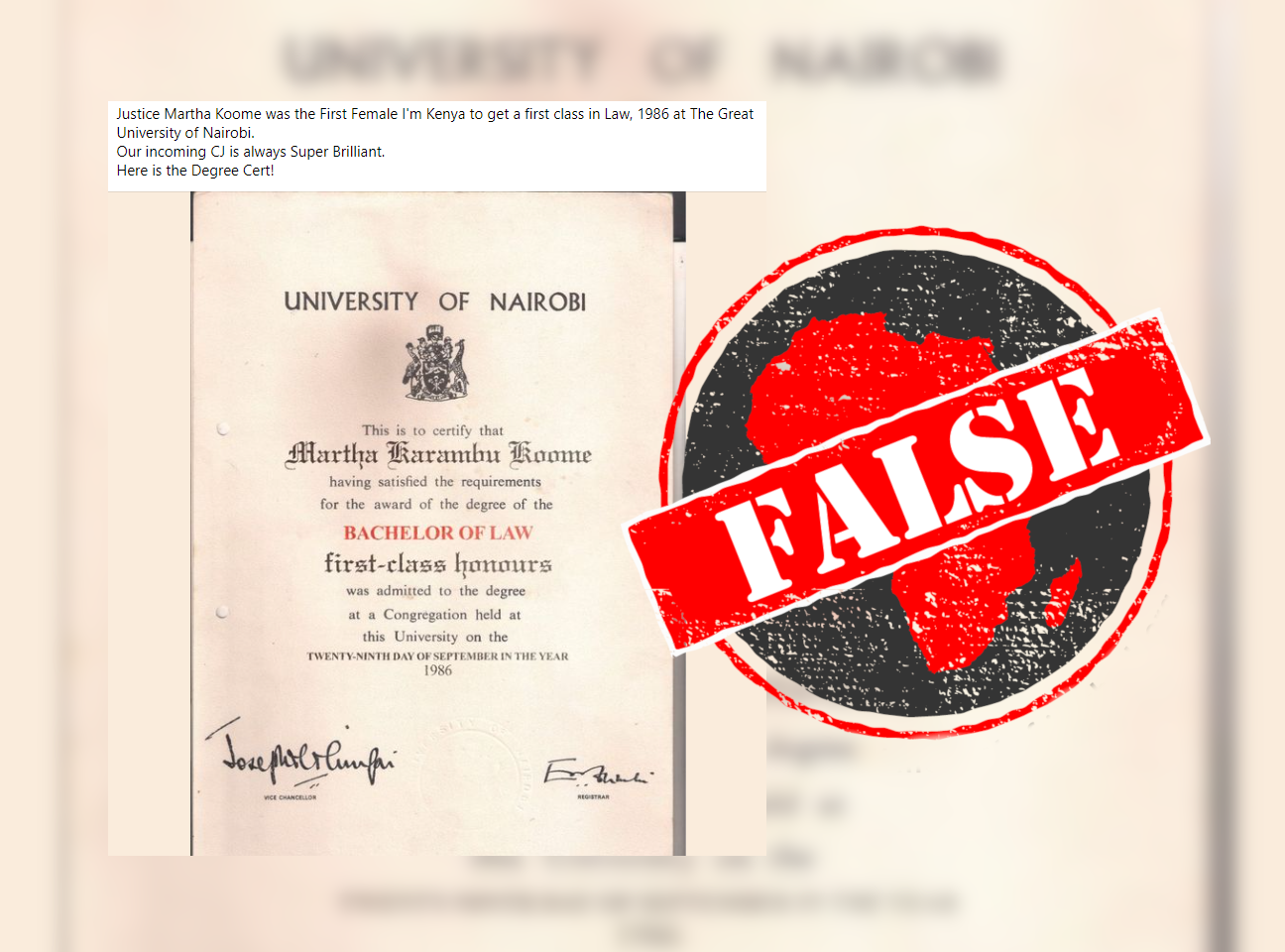 Africa Check searched for the phrase “school of law university of nairobi 1986” on Google.

We found a booklet in the university’s archive with records of all students that graduated in that year.

According to the record, the school of law had 127 students who graduated with a degree of bachelor of law. But no law student was awarded first class honours. Martha Karambu Koome received a “pass” and is listed at number 113.

During her vetting at Kenya’s national assembly, Koome presented a copy of her original degree which confirms the university record. The certificate circulating on social media is fake.