“After Several Students’ Unrest Leading To Loss Of Class work Time, KNEC Has Made Some Slight Changes In The 2021 KCSE Timetable,” reads the headline of an article widely shared on Facebook, including on a group page with more than 250,000 members.

In late 2021 Kenya was hit by a wave of student unrest, with buildings torched and other property vandalised. At least 35 schools were reportedly affected.

KNEC is the Kenya National Examinations Council, which oversees school, tertiary education and other exams. The KCSE is the Kenya Certificate of Secondary Education offered to students in their fourth year of secondary school.

The article claims the “slight” changes to the KCSE exam timetable was because several  schools have been closed indefinitely after students burned dormitories.

Has Kenya’s exams council changed the 2021/22 KCSE exams timetable as a result of the student unrest? 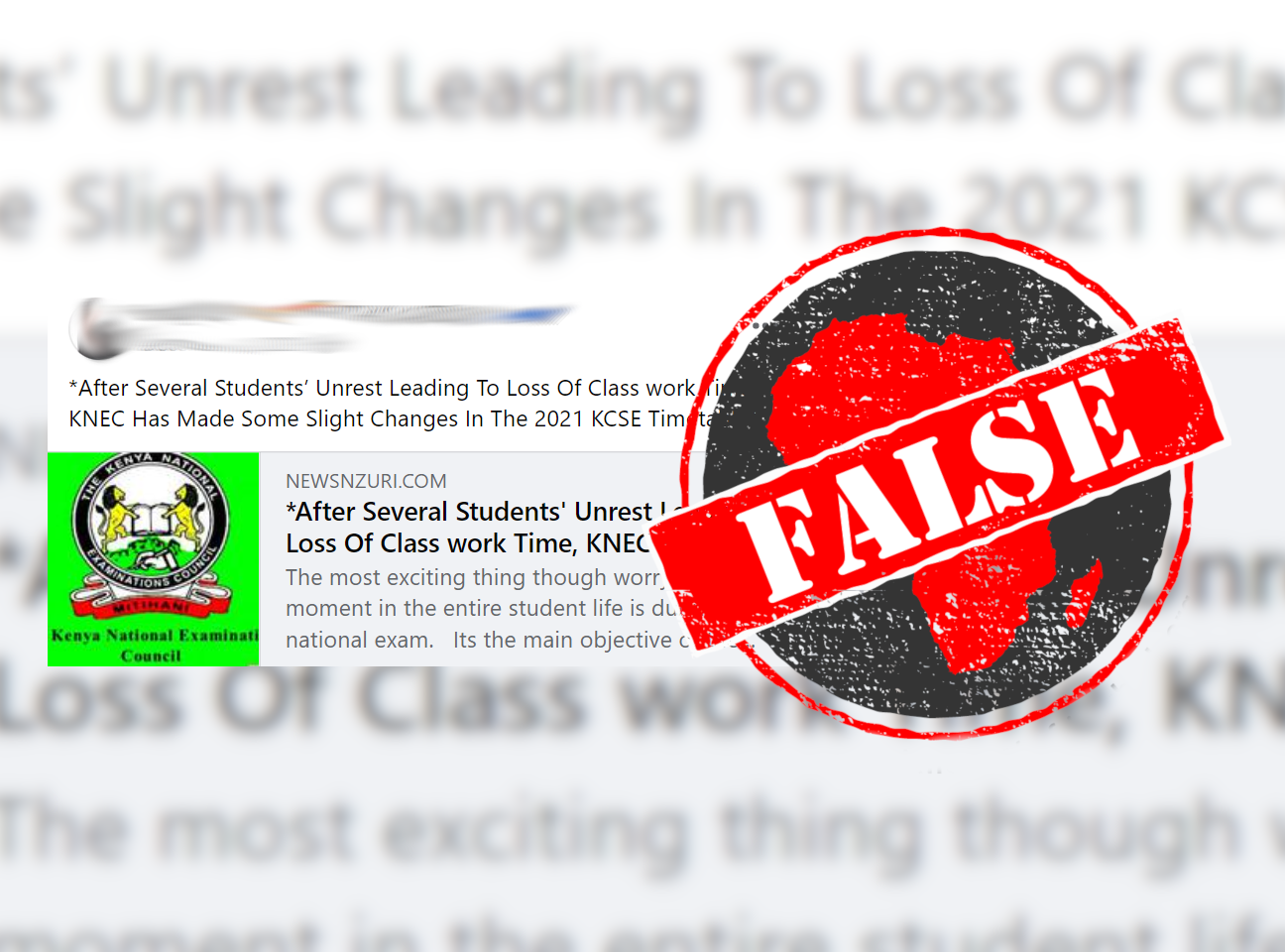 Other than the headline, the article does not give any information about the timetable changes. Only at the end does it post a “copy of the final revised timetable”.

But a comparison between the timetable released by KNEC and the supposed revised timetable shows no difference.

On 8 December the exams council posted a screenshot of the article headline on Twitter, with “FAKE” written across it in red.

The attached news is fake. pic.twitter.com/6php7TqUW9