A Facebook page with over 237,000 followers has claimed that a flowering plant can be used to treat “excessive menstrual bleeding” and other ailments.

The attached image shows a plant with green leaves and small pink flowers with five petals. The post says “the leaf can be soaked in water and given to a patient with severe bleeding”.

The same information has also been shared elsewhere on Facebook.

Is this advice accurate? We checked. 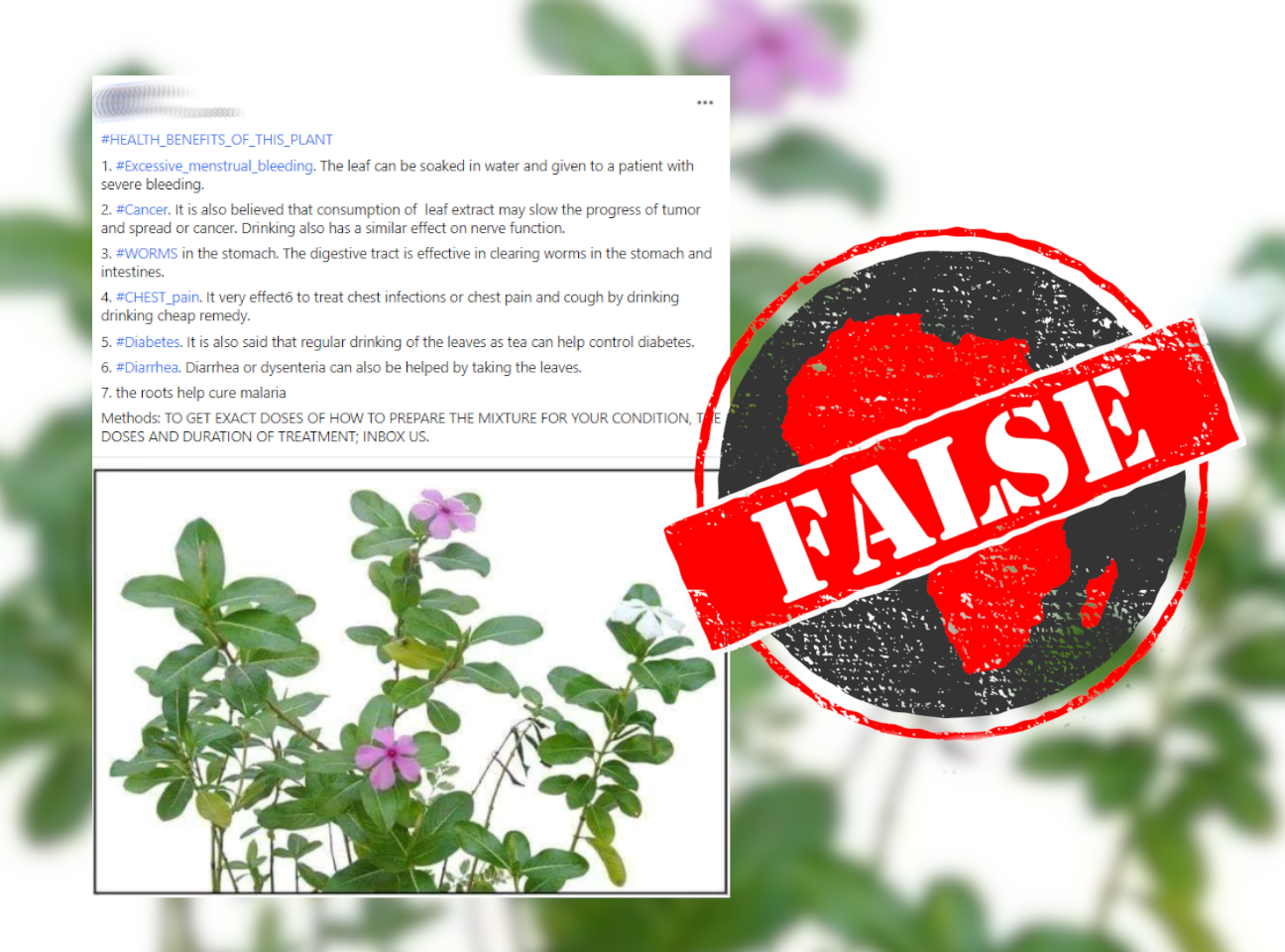 A Google reverse image search revealed that the plant is a Madagascar periwinkle, or Catharanthus roseus, also known as a vinca or periwinkle. It is considered invasive in South Africa.

The plant does have medicinal properties, according to Dr Linda Rogers, a gynaecological oncologist at the University of Cape Town Private Academic Hospital.

“Periwinkle plants can be used to make vinca alkaloids, which are used as chemotherapeutic agents to treat certain cancers,” said Rogers. However, she said “there is no evidence that they cure abnormal vaginal bleeding”.

Consuming the plant as advised can be dangerous.

“It can cause side effects such as nausea, vomiting and diarrhoea, as well as nerve, kidney and liver damage,” said Rogers. “Advice to use the periwinkle plant for this purpose could cause poisoning or death of the person who ingests it.”

The medical name for heavy or prolonged menstrual bleeding is menorrhagia.

According to the Mayo Clinic, a US non-profit medical centre, symptoms include needing to change a pad or tampon once or more in an hour, bleeding that lasts more than a week, passing large blood clots and symptoms of anaemia.

Symptoms can be so severe that they stop a woman from taking part in normal daily activities.

Speak to your doctor for advice

It’s best to speak with a doctor if you are concerned about heavy menstruation. Then the cause of the issue can be identified and treated.

“There are plenty of evidence-based medical and surgical treatments for heavy bleeding,” advised Rogers.