The ANC “tends to forget that there is only a minority that pay all the taxes,” he supposedly said. He then went on to question the “culture of handouts” and said “China will want payment” for helping the South African government.

Moeletsi Mbeki, brother of former South African president Thabo Mbeki, is often vocal about the challenges facing the country. But did he say this? We checked. 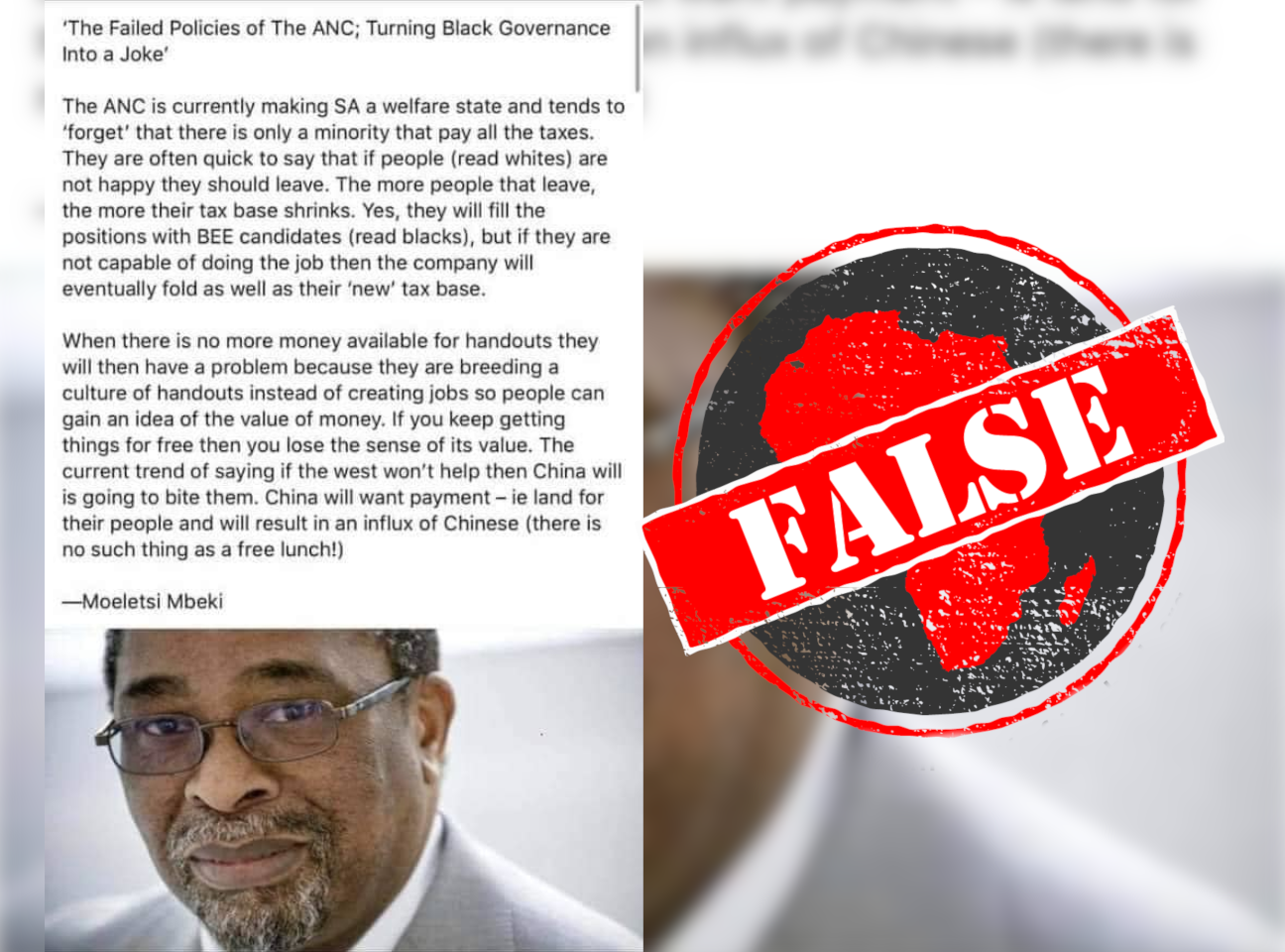 The graphic is titled “The Failed Policies of the ANC; Turning Black Governance into a Joke”. But an online search for this title does not return any results, let alone any links to Moeletsi Mbeki.

And the post offers no other details on where and when Mbeki was quoted.

A Google search for the quote returned some links to an opinion piece Mbeki wrote in 2011. In it, he references China’s industrialisation phase, which pushed up mineral prices in South Africa and allowed the country to finance social welfare programmes.

But nowhere in the editorial does Mbeki say “China will want payment” for help, and there is no mention of tax.

Mbeki is a respected figure in South Africa, whose views are covered widely in the media. If he had made such a statement, it would have been reported by credible news organisations. This is not the case.

Without any evidence that the quote is by Mbeki, we rate the graphic as false.