No, photo doesn’t show Egyptian man who had teeth removed to make a present for his girlfriend

A screenshot posted on Facebook in January 2022 shows a photo of a seemingly toothless man smiling into the camera, next to another of what appear to be human teeth attached to a chain.

“This fellow man from Egypt removed all of his teeth and presented them to his girlfriend to express his love for her,” text above the photos reads.

Is the man in the photo an Egyptian who had his teeth removed and turned into a present for his girlfriend? We checked. 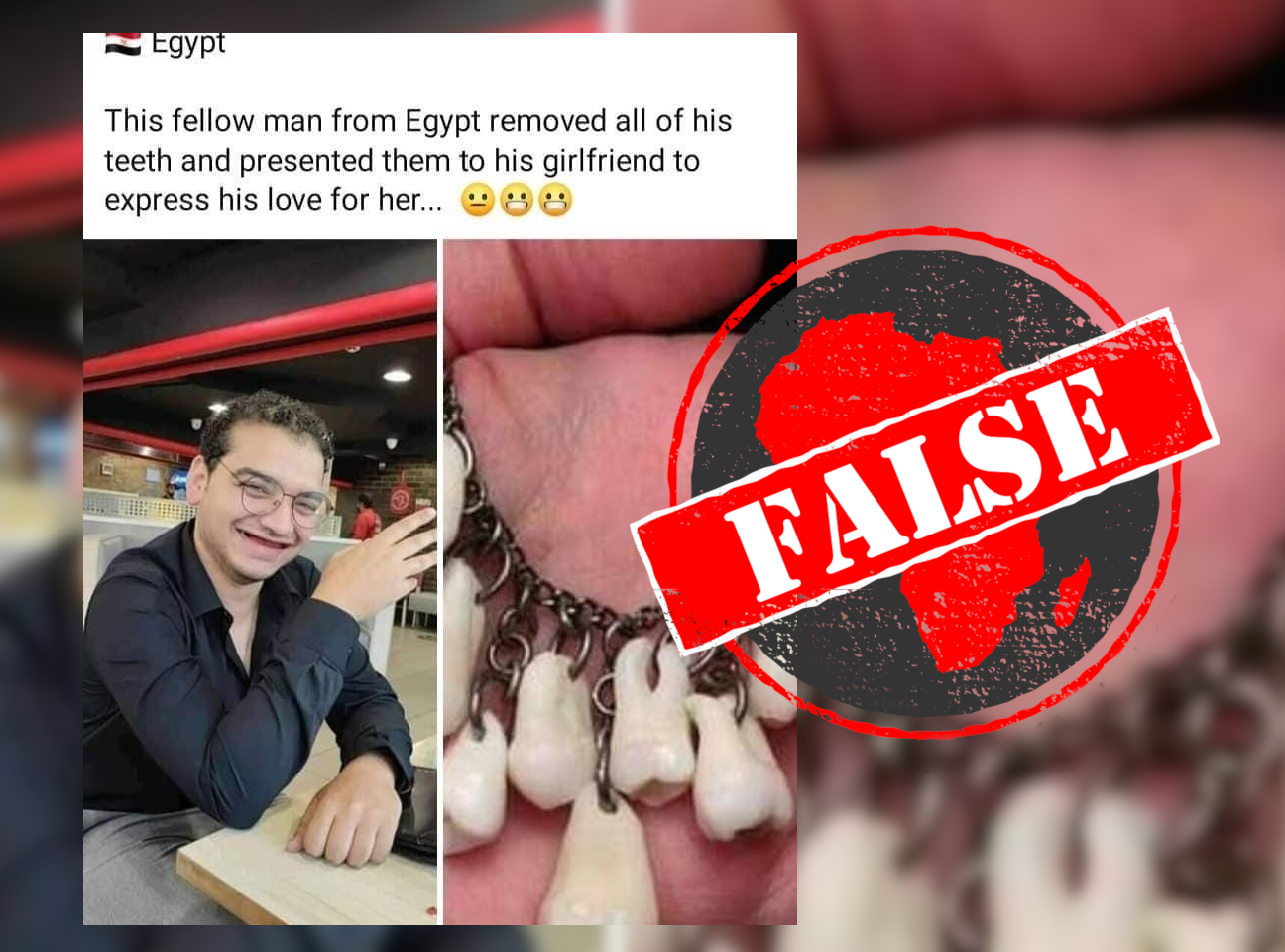 A Google search shows that the man is the Egyptian actor Mostafa Soliman EL Sayed. In an article published by Cairo24 on 3 November 2021, Soliman said that the toothless image of him was altered as a joke to his followers ahead of Valentine’s Day, celebrated in Egypt on 4 November.

A machine translation of the Cairo24 article says he captioned the photo with: “Seriously, one of the most beautiful meanings of love that I have ever seen in my life is that you take out all your teeth and molars and gift them to the person you love.”

In an interview with Reuters, Soliman again confirmed that his post was intended as a joke.

Teeth on chain photo from 2016

A reverse image search reveals that the photo of teeth on a chain first appeared online in August 2016. It was published in a Spanish-language Buzzfeed article titled: “12 Accessories made with parts of the human body for lovers of the macabre”.

The article lists several accessories made out of human teeth, hair and bones. The photo of teeth on a chain is titled “Puedes comprar un delicado brazalete con muelas de humanos,” which translates as “You can buy a delicate bracelet with human teeth.”

The article links the human tooth bracelet to a page on Etsy, an e-commerce platform for handmade and vintage goods, but the original entry has been removed.

The photo does not show an Egyptian man who had his teeth removed as a present for his girlfriend, and the two photos are unrelated. The man posted an altered photo of himself with his teeth missing in November 2021, as a joke to his followers. And the tooth bracelet first appeared online in 2016.