“American President Joe Biden kneels down to beg George Floyd's son for forgiveness,” begins the caption of a photo circulating on social media in Nigeria and South Africa in April 2021.

The photo shows Joe Biden, the 46th and current president of the USA, on one knee in front of a small black child in a grey tracksuit

George Floyd, a black man, died while being arrested by police in the US city of Minneapolis in May 2020. His death sparked Black Lives Matter protests across the US and the world. One of the officers, Derek Chauvin, is on trial for Floyd’s murder.

In November 2020 Africa Check debunked a false claim that another photo showed Biden begging Floyd’s daughter for forgiveness. Does the more recent photo show Biden kneeling in front of Floyd’s son? We checked. 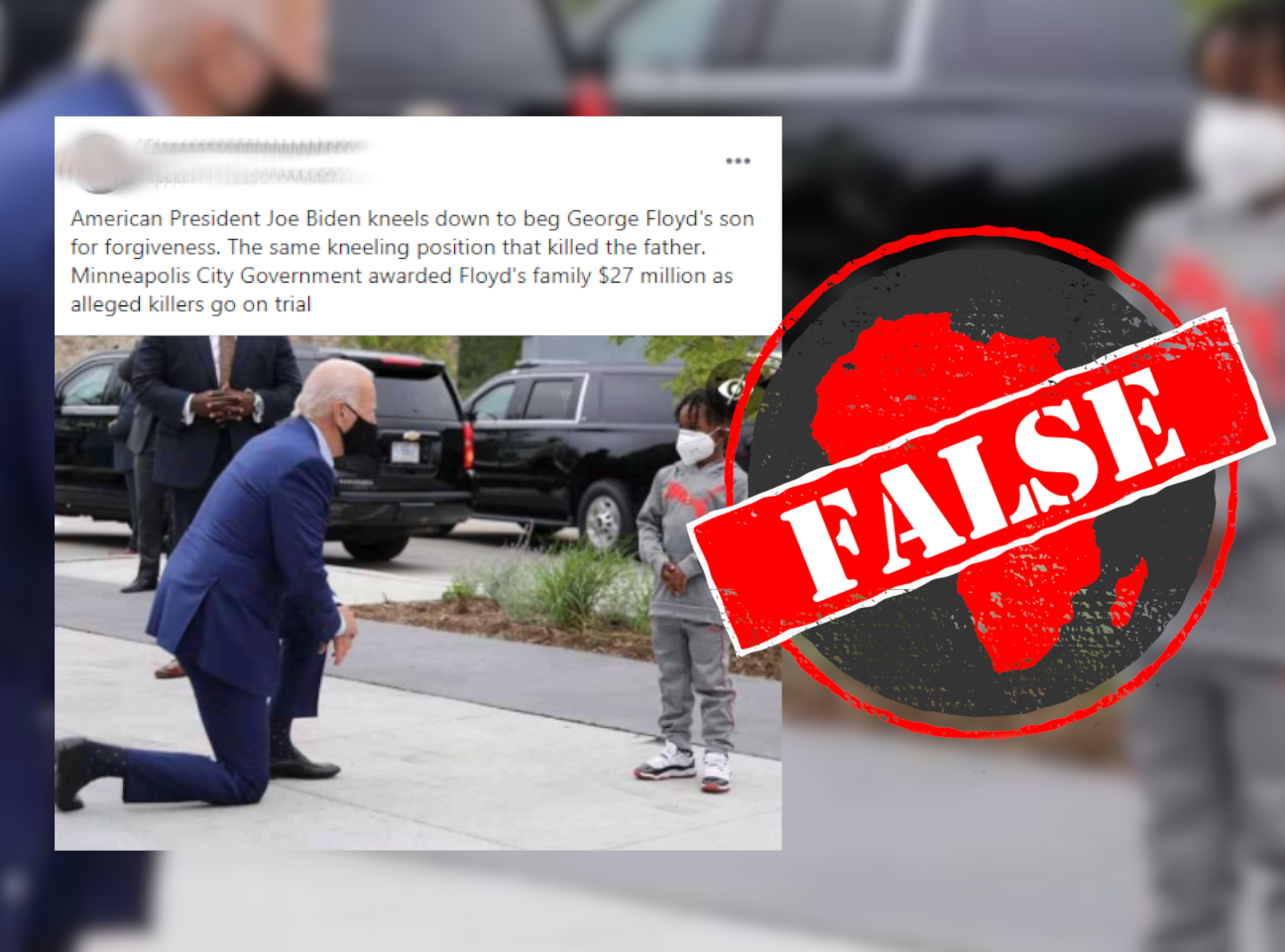 ‘Our children are why I’m in this fight’

“Floyd is said to have had five children, including two daughters who live in Houston, ages six and 22, and an adult son in Bryan, Texas,” the UK’s Express website and the US Sun reported in April 2021. There is no record of him having a young son.

Using Google’s reverse image search tool, we found similar photos of Biden and the child in the grey tracksuit in the Reuters Pictures collection.

They are dated 9 September 2020, about four months before Biden was inaugurated as president. Their identical captions read: “Democratic US presidential nominee and former Vice President Joe Biden speaks to CJ Brown as he makes a brief stop at ‘Three Thirteen’ clothing store to buy a few items for his grandchildren while visiting Detroit, Michigan, September 9, 2020.”

Joe Biden posted another photo of his interaction with the child, on Instagram. He added a lengthy caption that begins: “Our children are a constant reminder of why I’m in this fight.” He does not identify the child, and would have done so if the child was Floyd’s son.

There is no evidence that the child in the photo, identified as CJ Brown, is George Floyd’s son.