As the 2022 presidential elections approaches, memories of tribal clashes that engulfed Kenya after the 2007 disputed elections are being dredged up, it seems for political gain.

On 24 November 2021, dozens of images were shared on Facebook with claims that they show men from the Kalenjin community hunting down people from the Kikuyu community.

The Kalenjin are a community of people in the Rift Valley region in Kenya, while the Kikuyu community mainly live in the central region of the country.

There have been violent clashes between the Kikuyu and the Kalenjin in the past. But do these photos show the Kikuyu being targeted? We checked. 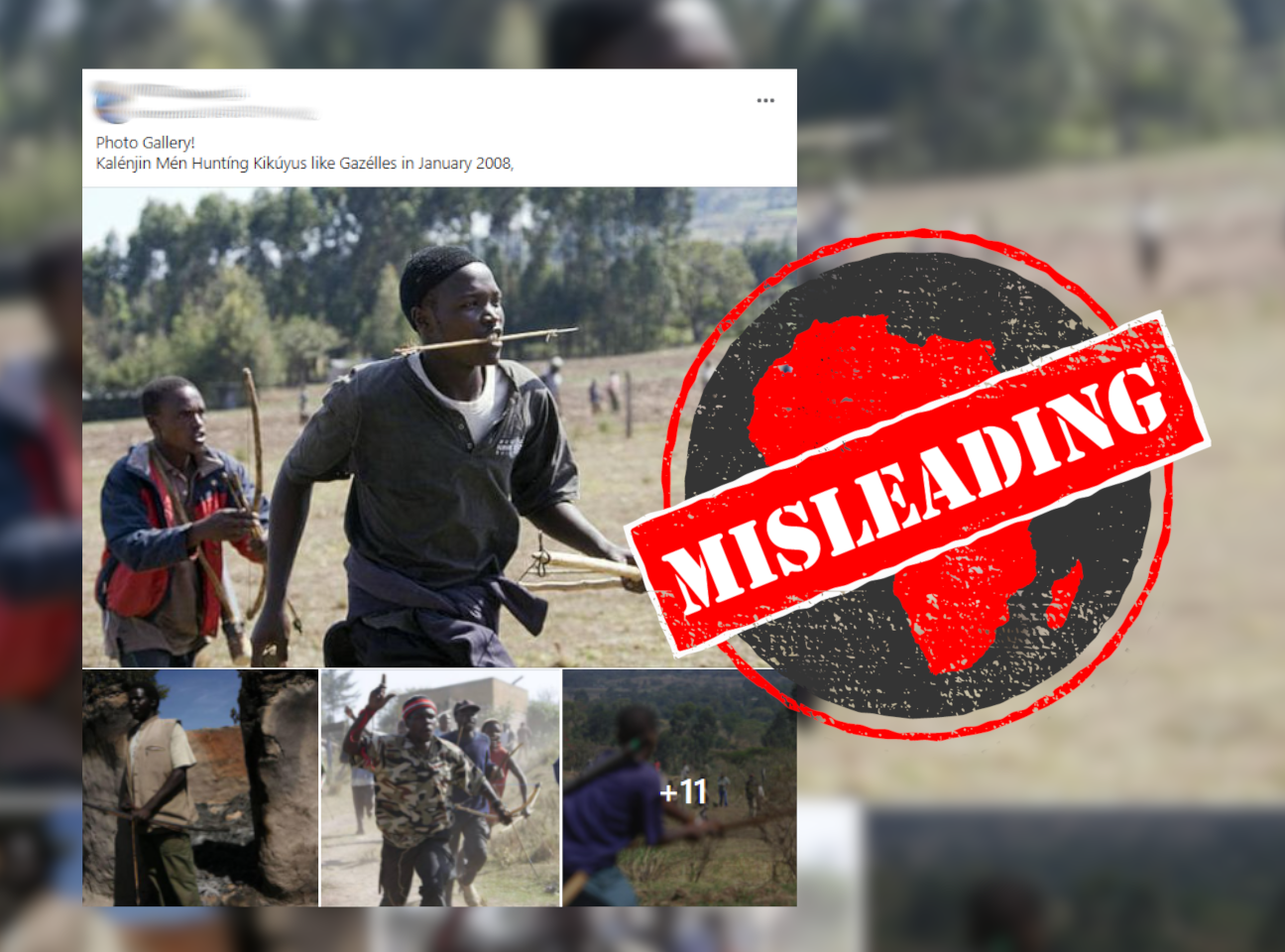 A reverse image search of one of the photos led us to the rest, published by Getty Images.

The captions say that the photos show Kenyans engaging in ethnic clashes, but don’t mention that any of them are Kikuyu.

According to Getty, the photos show people from the Kalenjin, Kisii and Maasai tribes.

One caption reads: “Kalenjin warriors charge up a hill during a bow and arrow battle against the Massai in the Kapune hill in the Olmelil valley located in the Transmara District on March 1, 2008 in Western Kenya.”

Another caption says: “A man belonging to the Kalenjin tribe runs with his bow and arrow as he and others charge against a group of Kisii tribes people in a field adjacent to the western Kenyan town of Sotik 03 February 2008.”

The clashes were reportedly also linked to land disputes that erupted after botched local elections.