It reads: “White people brought crime to South Africa, they brought things they knew we would be tempted to steal, just to make us look bad.” It shows a photo of Sithole speaking in parliament, and attributes the quote to him.

But the quote is completely false. 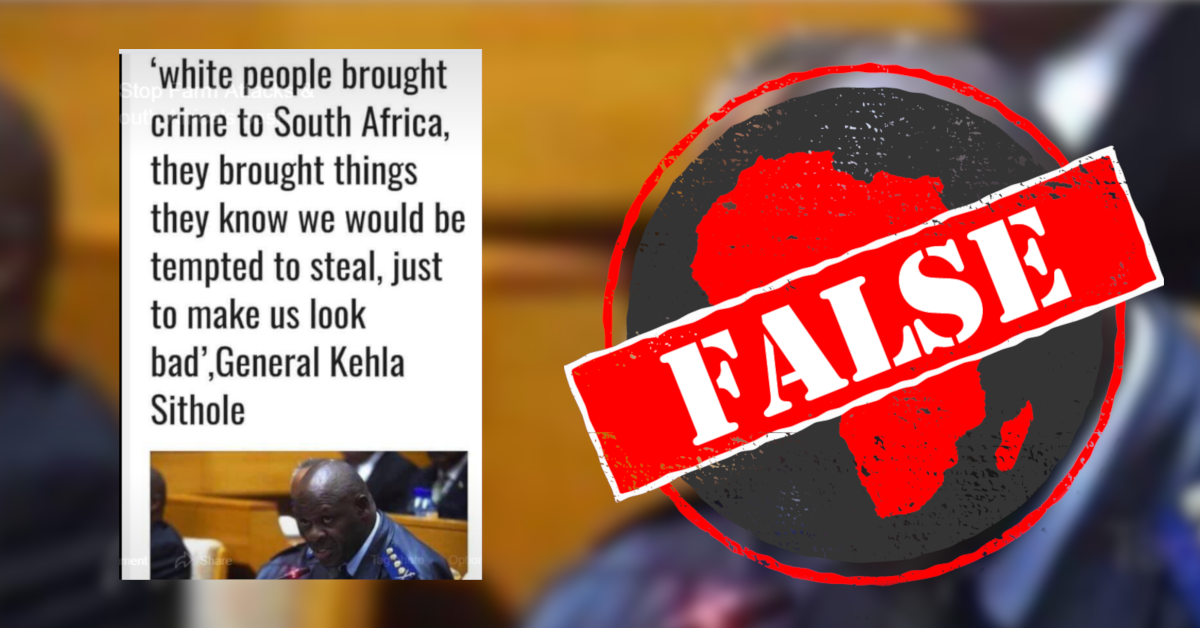 In December 2018, the South African Police Service issued a statement dismissing it as a “fake news story”.

“The SAPS can state categorically that the utterances attributed to the National Commissioner are untrue,” the police said.

The statement called on people to ignore the false claim, and not share it.