Have pro-Biafran militants shot down a Nigerian army fighter jet?

A tweet published in Nigeria on 18 February 2021 shows a photo of a wrecked aircraft and claims it was shot down by the Eastern Security Network, or ESN.

ESN is the armed wing of the banned Indigenous People of Biafra, or Ipob, formed in December 2020.

Biafra is a region in southeastern Nigeria. Its secession in 1967 sparked a civil war, and calls for its independence from activists such as Ipob continue.

The tweet reads: “Break News – This one of the fighter jet that Nigerian government used against unarmed civilians in ORLU IMO state, I thank Chukwu Okike for #ESN who intercepted and destroy the jet to save innocent civilians. Two dawn kudos to #ESN. We move on.”

Orlu is a town in Imo state, in southeastern Nigeria.

The photo of the crash aircraft started circulating on 18 February, following reports in mainstream media of a Nigerian military operation in search of ESN camps.

Army spokesperson Babatunde Zubairu confirmed that a security operation was carried out in Orlu. He said “the operation was an offshoot of military intelligence”.

He also confirmed that aircraft and other military gadgets had been used, but claimed locals had not been harassed.

But did the ESN shoot down one of the fighter jets deployed in Orlu? 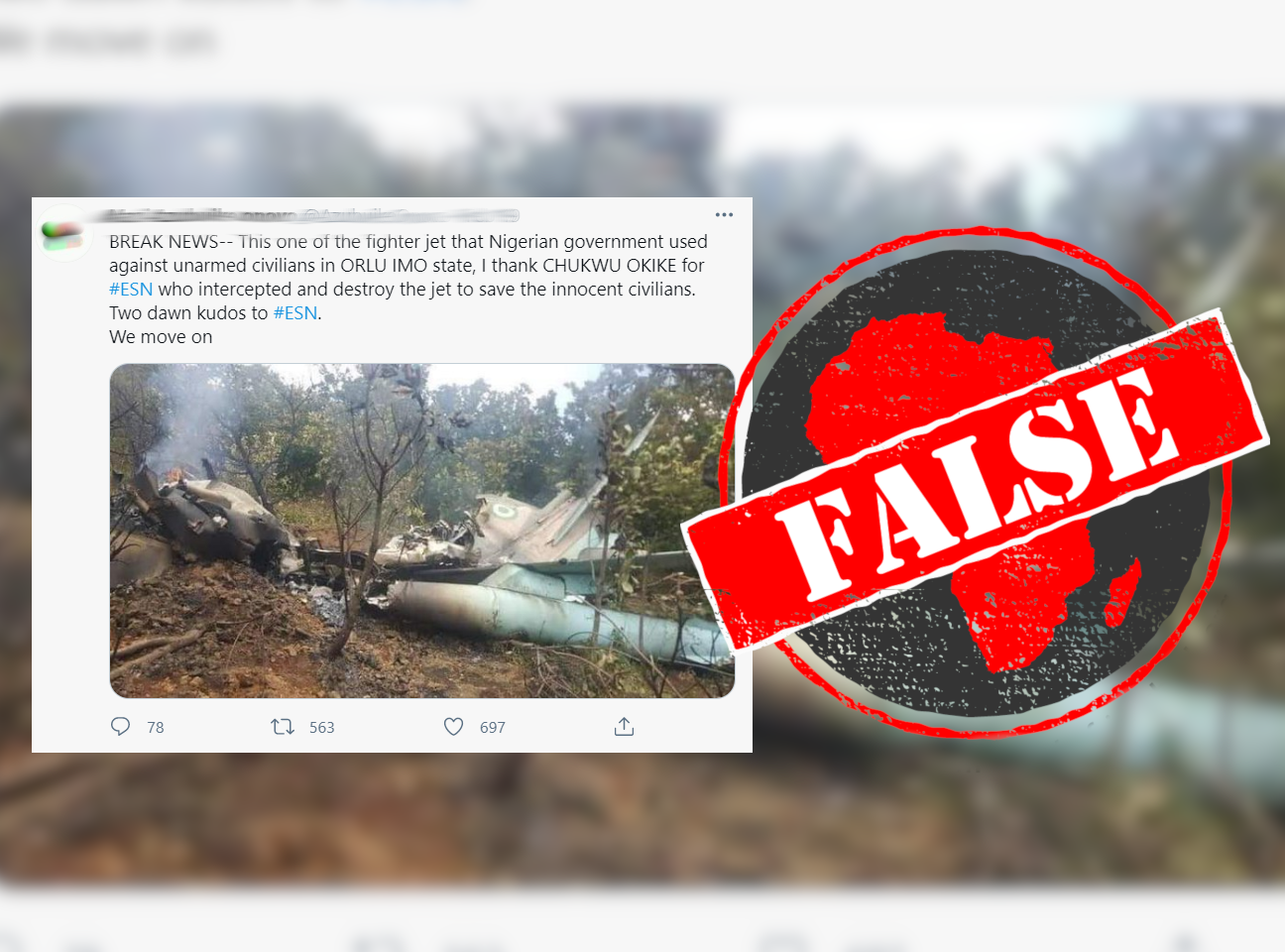 A Google reverse image search reveals that the photo of the crashed aircraft has been on the internet since 28 September 2018.

The photo was published on Africa News, in an article reporting that, according to the Nigerian airforce, two F-7Ni aircraft had crashed in Katamkpe near Abuja, Nigeria’s capital.

The jets were being used for an aerial display rehearsal ahead of Nigeria’s Independence Day celebrations on 1 October.

A statement issued by the airforce said that three pilots had to “eject from their aircraft, which subsequently crashed” and that one of the pilots later died from injuries sustained in the crash.

The crashed aircraft in the photo circulating on social media was not shot down by the ESN.