South African Breweries has won its case against the government and all liquor stores will reopen “on Friday”, claim several recent messages posted on Facebook.

In late December 2020 the government introduced its third ban on the sale of alcohol to relieve the pressure of alcohol-related injuries on hospitals, as Covid-19 cases surged in the country’s second wave.

SAB took the government to court in early January to challenge the constitutionality of the blanket ban on alcohol sales. The company argued that the ban violated constitutional rights to freedom of trade and human dignity.

Did SAB win its case? And will the sale of alcohol be allowed “on Friday”? We checked. 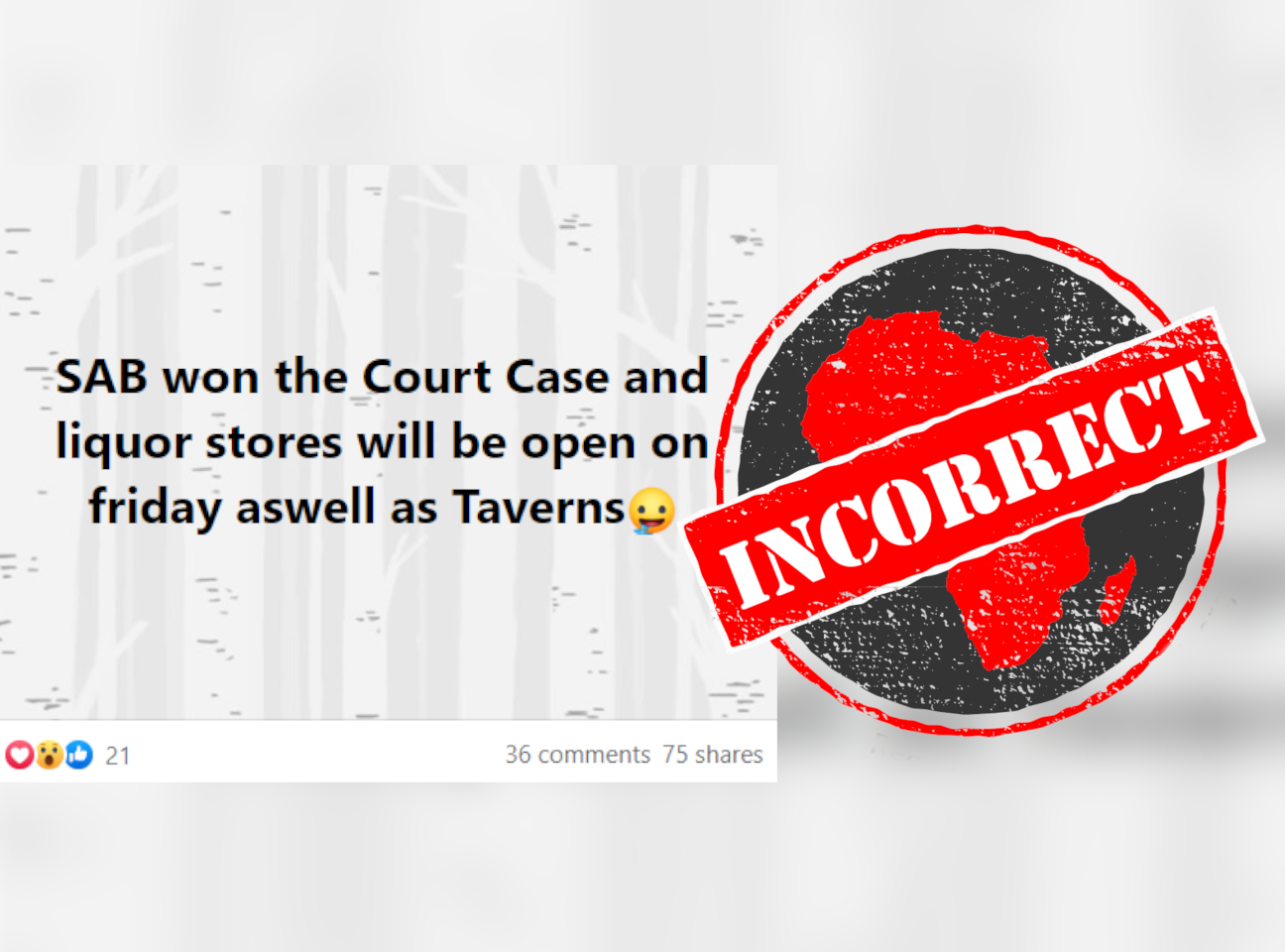 Case still being heard in court

On 20 January the TimesLive news site reported that SAB had submitted affidavits to the Western Cape High Court, including some from restaurant owners arguing that they faced permanent closure if the alcohol ban continued.

But the government is yet to file answering papers in the case. We could find no evidence that the case has been concluded – or that SAB won.

The most recent reports on SAB cover its 25 January announcement that it would suspend 500 temporary jobs because of the effects of the ban.

There’s no evidence that the ban will be lifted on Friday 29 January.

The Facebook messages are just unsupported rumour. SAB hasn’t won its case as the matter is still being heard in court, and the alcohol ban is still in place.

South African drinkers don’t consume more per person on average than anywhere else in Africa.