A graphic circulating on Facebook since late February 2022 appears to show a social media post from South African news website News24. It was viewed more than 900,000 times in a few days.

“BREAKING: Vladimir Putin has issued statements warning ANC government to desist from meddling their nose on the Russian affairs,” its badly written text reads, below the News24 logo.

“He went further and said ‘ANC regime must know that , the war is meant for soldiers not criminals looting from the poor.’”

The ANC is the African National Congress, South Africa’s ruling party. Putin is the president of Russia. On 24 February, Russia launched a land, sea and air invasion of neighbouring Ukraine. 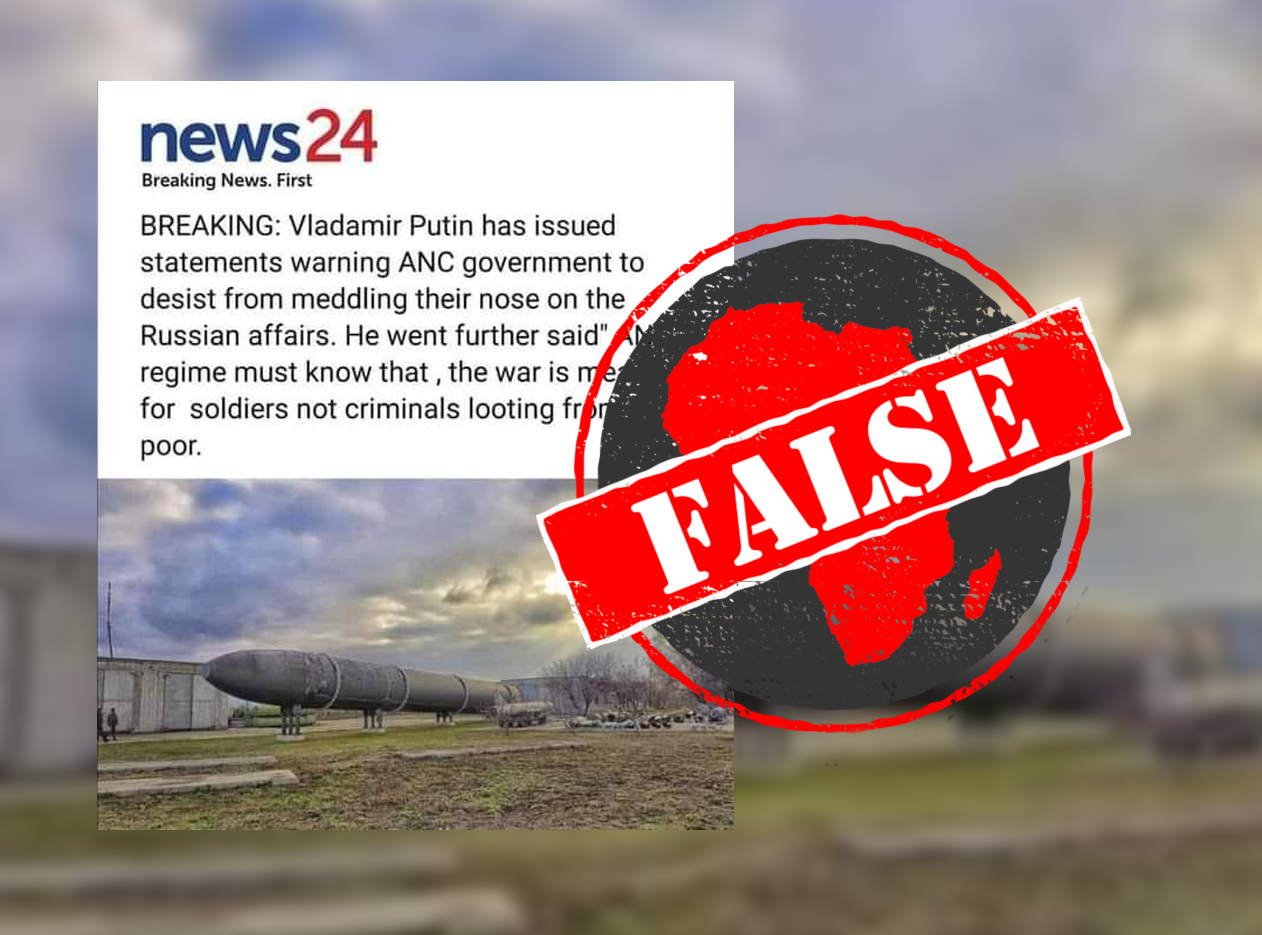 But no record of any corresponding article could be found on the News24 website or social media pages. Africa Check spoke to News24 public editor George Claassen, who confirmed that no such article had been published by the outlet.

Africa Check could not find any evidence to suggest that the Russian president had issued any such statement to the ANC.