A Facebook user named Baraka Oscar is spreading a false rumour that the daughter of Tanzanian musician Rajab Abdul Kahali, popularly known as Harmonize, has died.

The Kiswahili loosely translates as: “So sad #DEATH of Harmonize’s child brings sorrow to the whole of Tanzania!”

The message then directs users to a YouTube video, before ending with “NENDA SALAMA”, or “Fare thee well.”

It includes two photos: one of a little girl in a coffin and another of Harmonize.

Harmonize has a daughter, Zureha Nasra.

Oscar posted the message on Facebook pages with a combined membership in the hundreds of thousands throughout December 2021. But has Harmonize’s daughter really died? 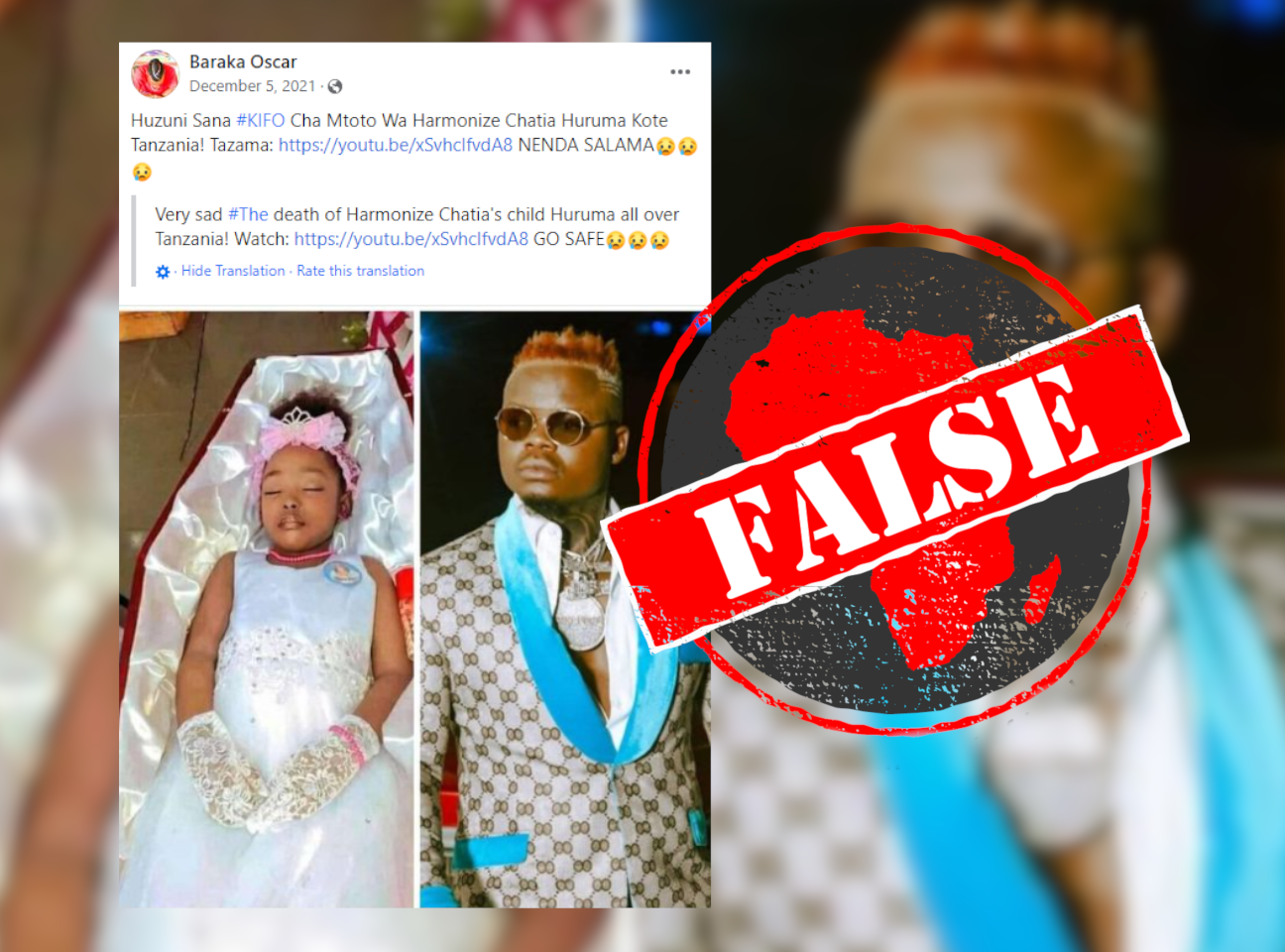 The first sign that the message is false is that the YouTube video it links to is unrelated to Harmonize or his daughter. It is instead a music video for the song “Kubali” by a musician named – you guessed it – Baraka Oscar.

And if such a tragedy had occurred, it would have been big news in Tanzania. But there have been no media reports that the girl has died.

Even as Oscar was posting the false rumour, Harmonize was travelling to perform in towns such as Mwanza in Tanzania and Naivasha, Kenya.

Oscar’s message is a malicious trick to get people to view his music video by creating concern about the death of a little girl.