In a video posted on TikTok and Facebook, a group of men in military uniform perform an impressive parade-ground marching drill.

Text in the video claims that this is the “South-Africa state presidents army in 1969”. But it shows none of those things.

Some basic analysis reveals the truth. 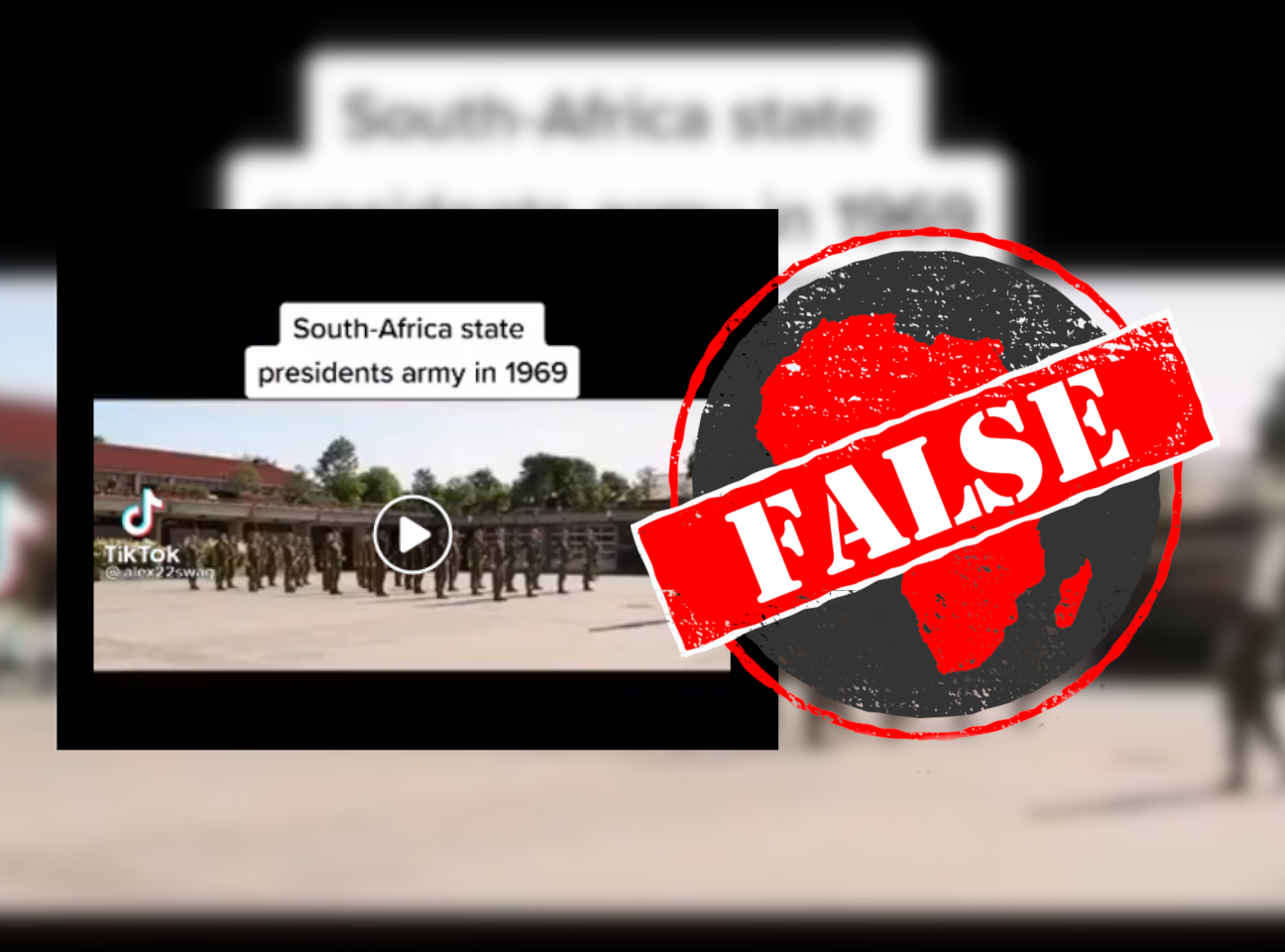 His Majesty the King’s Guard

The original TikTok video has more than 8,700 likes and has been viewed more than 100,000 times. It’s captioned: “We need our old army back🇿🇦”. The emoji is the South African flag.

But the video wasn’t shot in South Africa. Other versions suggest that it was taken in Norway, which explains why a Norwegian flag can occasionally be seen flying in the background.

Comments on the video pointed Africa Check to Hans Majestet Kongens Garde (“His Majesty the King’s Guard”) or HMKG, a unit of the Norwegian Army.

HMKG is notable not only for its impressive marching drills which it performs at tattoos around the world, but also for promoting an Edinburgh Zoo penguin named Sir Nils Olav to the rank of brigadier in 2016. First adopted in 1972, three penguins named Nils Olav have served as mascot of the HMKG, which has granted them knighthoods and several other honours.

The HMKG is based in Oslo, the capital city of Norway, at the Huseby Leir (“Huseby Camp”) military base. Photos and satellite images of Huseby Leir on Google Maps show a large brick-tiled parade ground with a distinctive square tiling pattern.

This matches the parade ground in the video, confirming that it was taken in Huseby Leir.

The earliest version of the video Africa Check could find was uploaded in 2011 on the YouTube and Vimeo accounts of Simen Prestaasen, a Norwegian media producer. The video is credited to Prestaasen and a second person named Marius Huse, who apparently filmed it in 2011.

In Prestaasen’s YouTube video description, he explains that it shows the drill platoon of the HMKG’s third company.

Prestaasen writes: “The soldiers in the video are all conscripts who serve for 11 to 12 months in a platoon considered to be one of the very best military drill platoons in the world. Although they serve in a more ceremonial company, and do not guard the royal family or the royal residences, they still get their combat training and qualify as good infantrymen.”

The video doesn’t show the South African army, wasn’t shot in South Africa, and was filmed more than four decades after 1969.