“The Pentagon has invented a new microchip which detects Covid-19 in the body,” says a presenter in a Russia Today (RT) video clip posted on Facebook in August 2021. The clip has been shared by several users as confirmation of popular anti-vaccine conspiracy theories.

RT is a news channel controlled and funded by Russia’s federal government. The Pentagon is the headquarters of the United States Department of Defense, and used as a shorthand for the department.

One user who posted the video in South Africa commented, in Afrikaans: “Wat se julle nou??? Is die anti-vaxers regtig so dof????” That means: “What do you say now??? Are the anti-vaxxers really so stupid???”

But it’s actually a case of mistaken reporting. This sensor isn’t a microchip, wasn’t developed to detect Covid-19, and has been poorly reported. 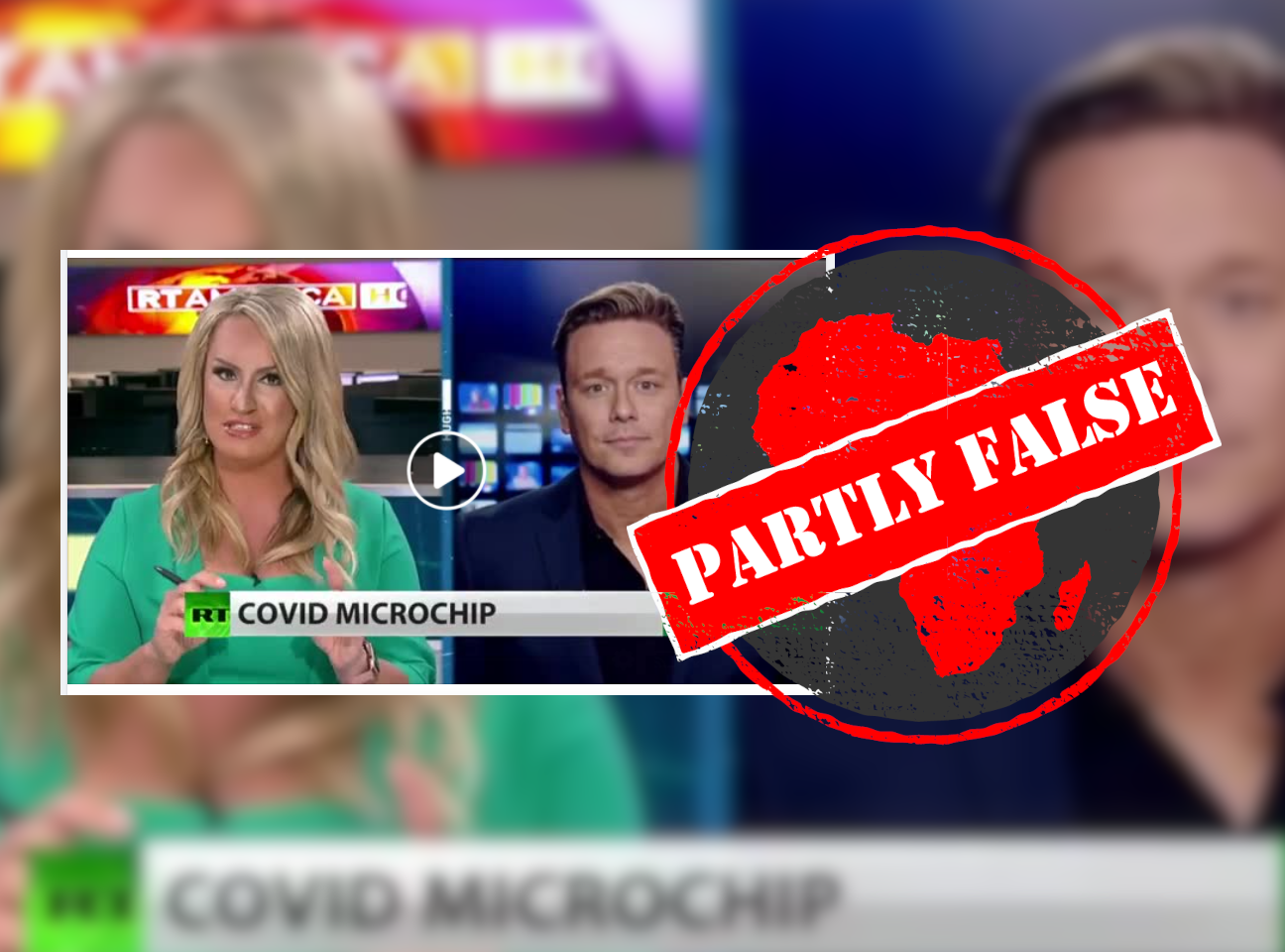 The clip is taken from a longer video on RT’s YouTube channel. RT also published an article that initially described “a microchip that can identify viruses like Covid-19 if they are under your skin”.

The claim has been shared by South African news site Independent Online (IOL), which wrote: “Scientists at the US Defense Advanced Research Projects Agency (Darpa) have developed a hi-tech microchip that is placed beneath the skin in order to detect Covid-19 before symptoms form.”

These reports are based on a news segment originally aired by CBS News in the US in a segment on its regular TV news program 60 Minutes. The segment is an interview with infectious disease physician Dr Matt Hepburn, who discusses technologies designed to help prevent or respond to future pandemics.

These technologies were funded by Darpa, as reported by IOL and RT, but not developed by the agency.

One is a small gel sensor that can be implanted under the skin. It was created by the company Profusa, which Darpa awarded a multimillion-dollar contract in 2016 to develop “implantable biosensors for the simultaneous, continuous monitoring of multiple body chemistries. Aimed at providing real-time monitoring of a combat soldier’s health status.”

The gel sensor, announced in this 2018 post on the Profusa website, can emit light in response to chemical reactions in a person’s blood that could indicate that they are sick.

This is not a microchip, which is an electronic device. It does not contain any metals or electronic components. An external sensor attached to the skin is needed to detect any reaction in the gel.

In the 60 Minutes segment, interviewer Bill Whitaker asks somewhat misleadingly, “There's an– an actual transmitter in that–”, to which Hepburn replies “Yeah. It's like a ‘check engine’ light.” In fact, there is no “transmitter” in the gel sensor.

As seen in these concept videos from 2018, an electronic sensor stuck to the surface of the skin detects the light emitted by the gel sensor two to four millimetres beneath it.

And, as the videos demonstrate, the sensor was developed long before the Covid-19 pandemic. The RT clip claims that it “detects Covid-19 in the body”, but this is not true.

The sensor can respond to changes in the blood like falling oxygen levels, but as Hepburn explains on 60 Minutes, a blood test or other screening process would then need to be performed to confirm the cause of these changes.

This claim has been fact-checked many times.

RT has corrected the article on its website to clarify that the sensor is not a microchip and cannot determine the cause of changes in the body. But the video, in which news anchors refer to the sensor as a microchip and suggest that viewers should be “worried”, is still up on RT’s YouTube channel.

RT has been criticised for inaccurate reporting several times. In 2020, a report published in the Journal of Communication found that the Russian news channel “is used as an instrument of state defence policy to meddle in the politics of other states”.