Photo of burning church from US state of Washington, not Kiambaa in Kenya

A photo of a burning church posted on a Kenyan Facebook page with over 42,000 followers is captioned “Kiambaa church”.

In Kenya this would be understood to reference the church which was burned down in January 2008 during post-election violence after the December 2007 elections. At least 29 people died in or as a result of the fire.

The church was in the village of Kiambaa in Eldoret, Uasin Gishu county, to the northwest of the capital Nairobi.

Reference to the church is used as a reminder of the deadly violence and as a political dog whistle targeting deputy president William Ruto. Ruto  was accused at the International Criminal Court of masterminding the violence. The case at the ICC was terminated in April 2016.

The photo of the burning church was also posted in two public groups in April 2022 as Ruto stepped up his presidential campaign for the August general elections.

But does this photo show the Kiambaa church that was burned down in 2008? We checked. 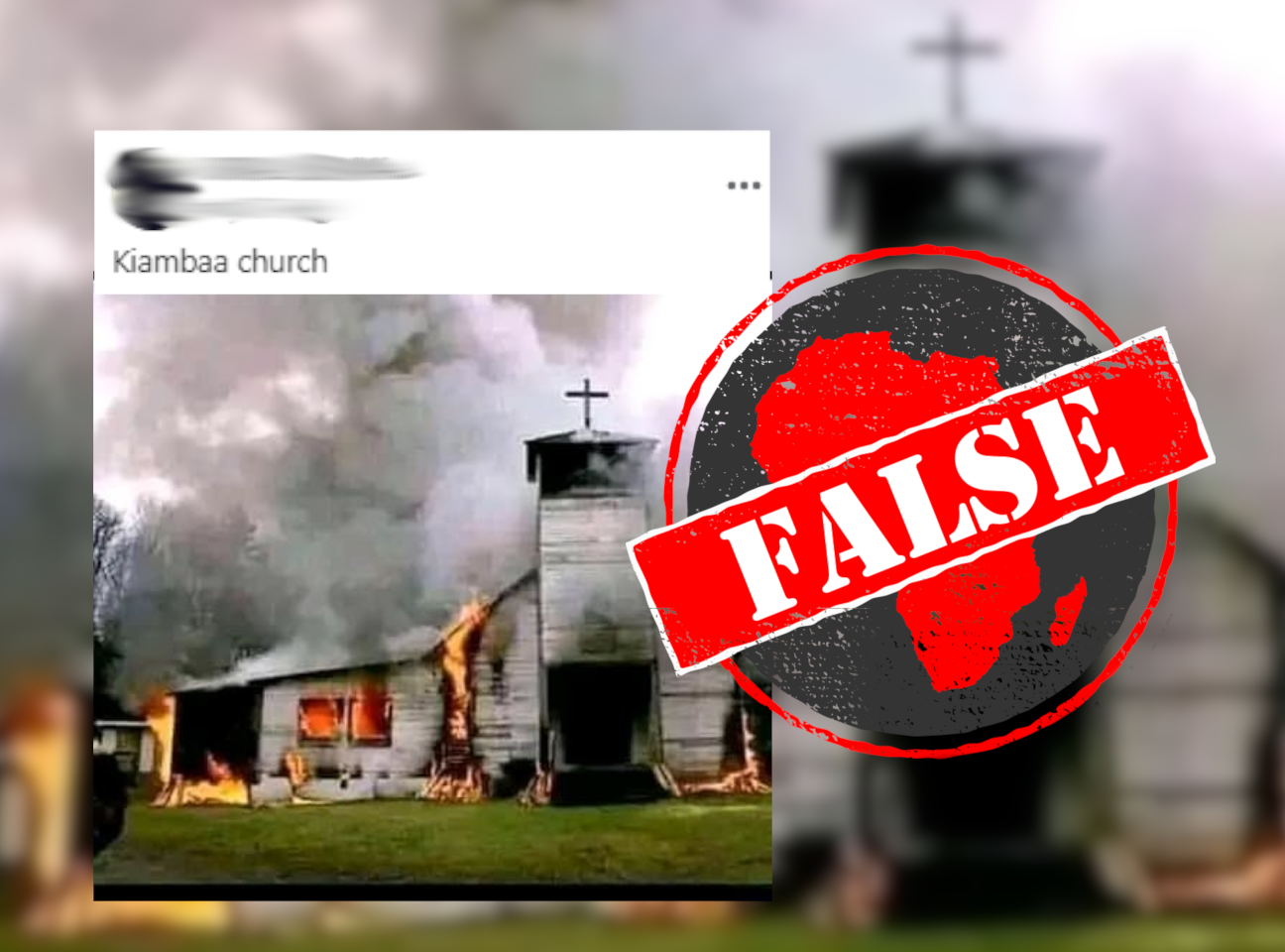 Photo from the US

Using reverse image search we traced the photo to the online art community Deviantart which features artwork, videography and photography.

According to the caption the photo shows an Indian Shaker church in Tulalip in the US state of Washington. The metadata shows the photo was taken on 20 January 2008 – coincidentally the same month that the Kiambaa church was set alight.

We searched with the key words “Indian Shaker Church in Tulalip, Washington” and found a photo of the church before it burned down, published by a local public library archive. The “notes” to the photo end: “The structure was destroyed by a fire in 2008.”

This photo of a burning church was not taken in Kenya.