A post on the Facebook page “BIAFRA IPOB INFOS” claims the Eastern Security Network (ESN) militia shot down a Nigerian air force helicopter in Orlu, a town in the southeastern state of Imo.

As evidence, the 18 February 2021 post shows a photo of a burning helicopter plummeting towards the ground.

“It has been an issue of worry that the Nigerian military comprising the Airforce and Army has an ongoing operation to dismantle Eastern Security Network, ESN in Orlu axis of imo state.”

ESN is the armed wing of the banned Indigenous People of Biafra, or Ipob, formed in December 2020.

Biafra is a region in southeastern Nigeria. Its secession in 1967 sparked a civil war, and calls for its independence from activists such as Ipob continue. 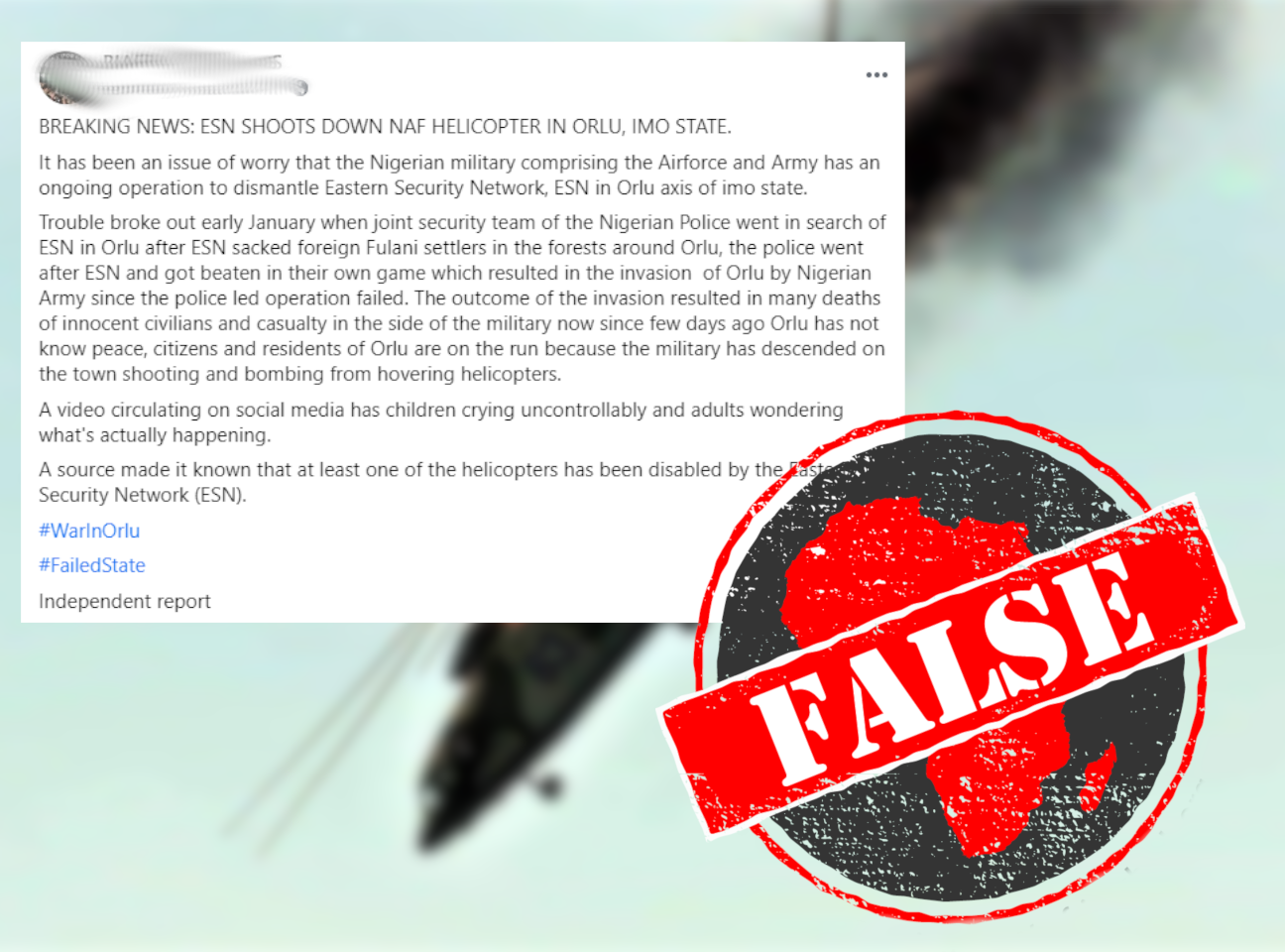 On 25 January 2021, the Nigerian military and police reportedly moved into Orlu, resulting in clashes between soldiers and the ESN. Many are feared dead, and houses in Orlu have been burned.

Then on 18 February there were several reports that hundreds of soldiers had launched heavy attacks on ESN camps in a forest near Orlu and Orsu.

A local identified as Chief Thomas Ndudi told Vanguard: “The first day they even used a helicopter to hover around the forest locating the camps of the Eastern Security Network.”

But does the photo in the Facebook post show an air force helicopter shot down by the ESN during the fighting in Orlu on 18 February? We checked.

A reverse image search reveals that the photo is more than four years old – and is computer generated.

Africa Check tracked it down to a video compilation of helicopter crashes taken from the game Digital Combat Simulator World. The image is the opening screen of the video, which was posted on YouTube on 5 November 2016.

It’s not a real photo, and it doesn’t show a Nigerian air force helicopter shot down over Orlu on 18 February 2021.