On 23 November 2021, local Kenyan media outlets reported heavy gunfire between security officers and robbers at a bank in Kisumu county in the west of the country on Lake Victoria.

Videos and photos show a heavy police deployment around the premises. However, the robbers were reported to have escaped.

Facebook users shared a photo which they suggested showed police hiding behind cars instead of engaging the criminals.

“Boys in blue what are you doing behind the cars? eti over 30 boys in Chinese blue uniforms sent to occupy 3 criminals robbing the bank,” part of one caption reads. “Go face real men they want to disappear with cash.”

Another user was also critical of the police and wrote: “We were expecting you to stand tall like a real Murderer and shoot to kill NOT to hide under the vehicles like loose nut holes in Tambo land. We were expecting you to face robbers and arrest them the way you have been arresting and slapping innocent Civilians because of mask in Nairobi CBD or Kisumu CBD. Is this what you call taking cover?”

But does this photo show a scene from the Kisumu bank robbery? We checked. 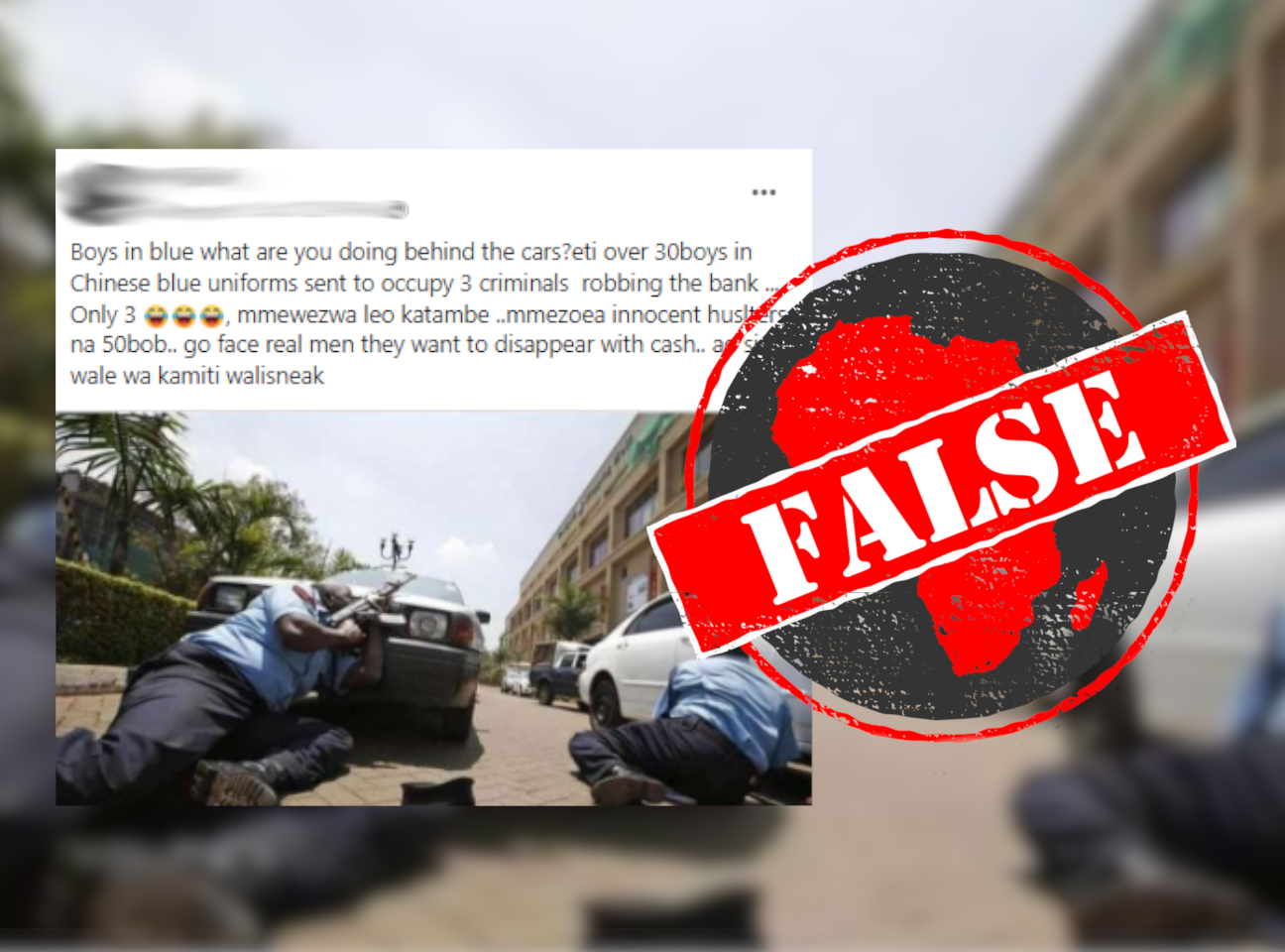 We thought the photo looked like it was taken outside Westgate shopping mall in Nairobi, which hinted the image did not originate from Kisumu.

A reverse image search then revealed the photo was taken during the terrorist attack at Westgate on 21 September 2013.

The photo, by Reuters, shows police officers taking cover near the main entrance of the Nairobi mall during the attack that killed 67 people.

The photo was taken in Nairobi, more than eight years ago, not Kisumu in November 2021.