Photo of Nigerians arrested for drug trafficking in Cambodia, but no evidence men sentenced to death

A screenshot posted on Facebook in December 2021 shows a photo of three handcuffed men standing behind a table covered in rows of plastic-wrapped packages.

“Three Nigerian men who were caught with cocaine ‘ice’ in Cambodia has been charged to death sentence!” the caption above reads. “Rip guys. Continue sharing until it gets to their various parents.”

Some Asian countries are known to have harsh punishments for drug offences. But does the photo show three Nigerians sentenced to death for trafficking cocaine in the southeast Asian country of Cambodia? 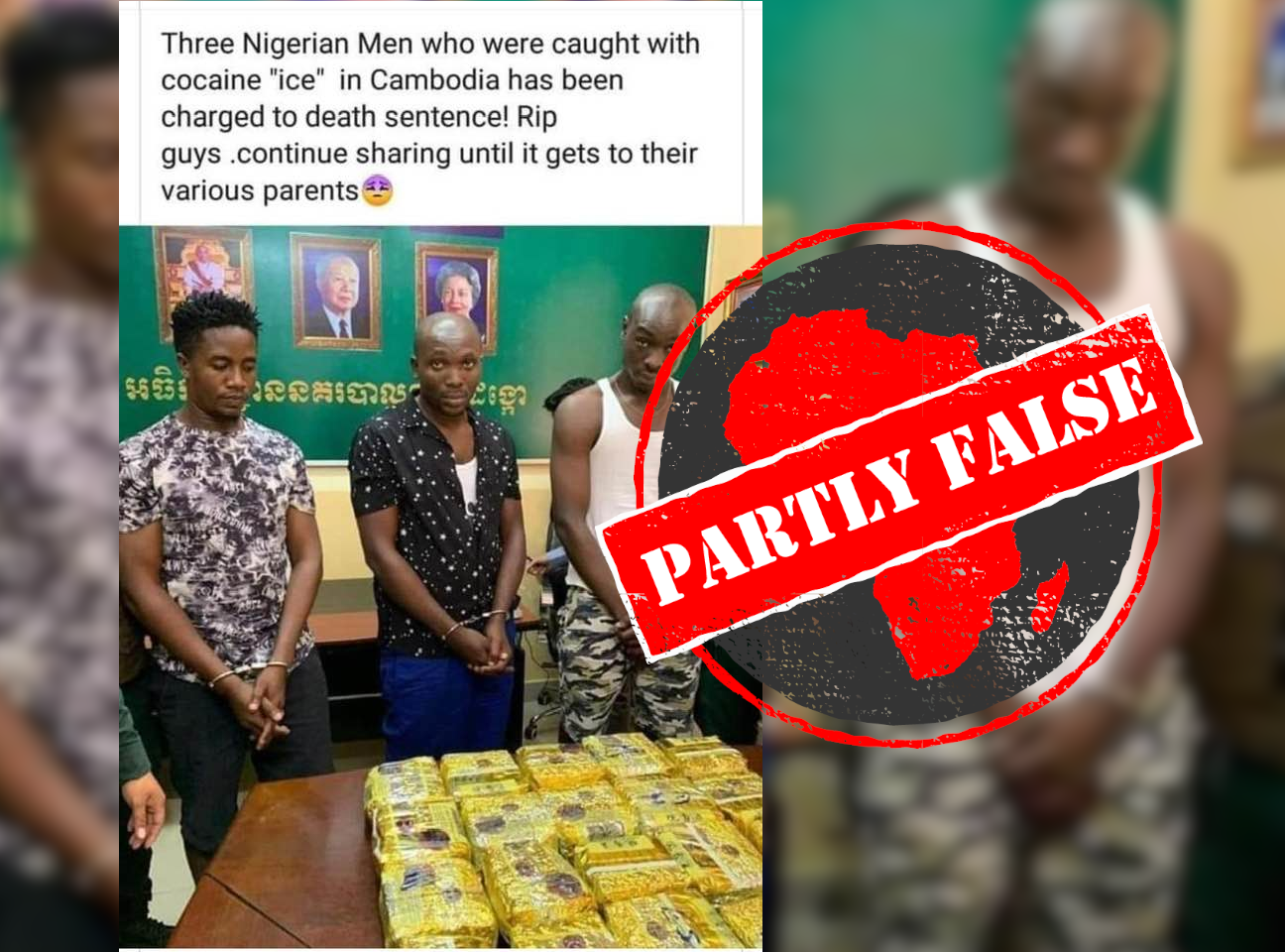 A Google reverse image search reveals the photo has been online since at least 2019.

A Cambodian newspaper reports that on 28 July 2019, police in Dangkor district arrested three Nigerians on suspicion of trafficking over 20 kilograms of illegal drugs. The report doesn’t mention the type of drug, but its photos clearly show the same three men in the same setting. (Read a machine translation of the report.)

Their case was eventually heard at the Phnom Penh Municipal Court. The report does not mention the “death penalty” or any sentence for the offence.

No death penalty for drug offences in Cambodia

Cambodia’s drug laws have sentences of fines and up to decades in prison but no death sentence.

The country is not on the list of countries that apply the death penalty for drug offences.

The men in the photo are reportedly Nigerians arrested for trafficking drugs in Cambodia. But there is no evidence they were sentenced to death.