Photos of condoms being 'repackaged' from China and Vietnam, not Kenya

The photos look like they were taken in a garage or storeroom, though there are no clear indications where this might be.

“Meanwhile, A company in Kariobangi is repackaging condoms that should not be for sale to sell,” one person posted on Twitter.

Another user claimed on Facebook that the photos were from Kawangware, under the caption: "Used condoms are washed, repackaged, and sold as Durex. A renown con behind the operation."

Kariobangi and Kawangware are both residential estates in the Kenyan capital Nairobi.

But were these photos taken in Nairobi? We checked. 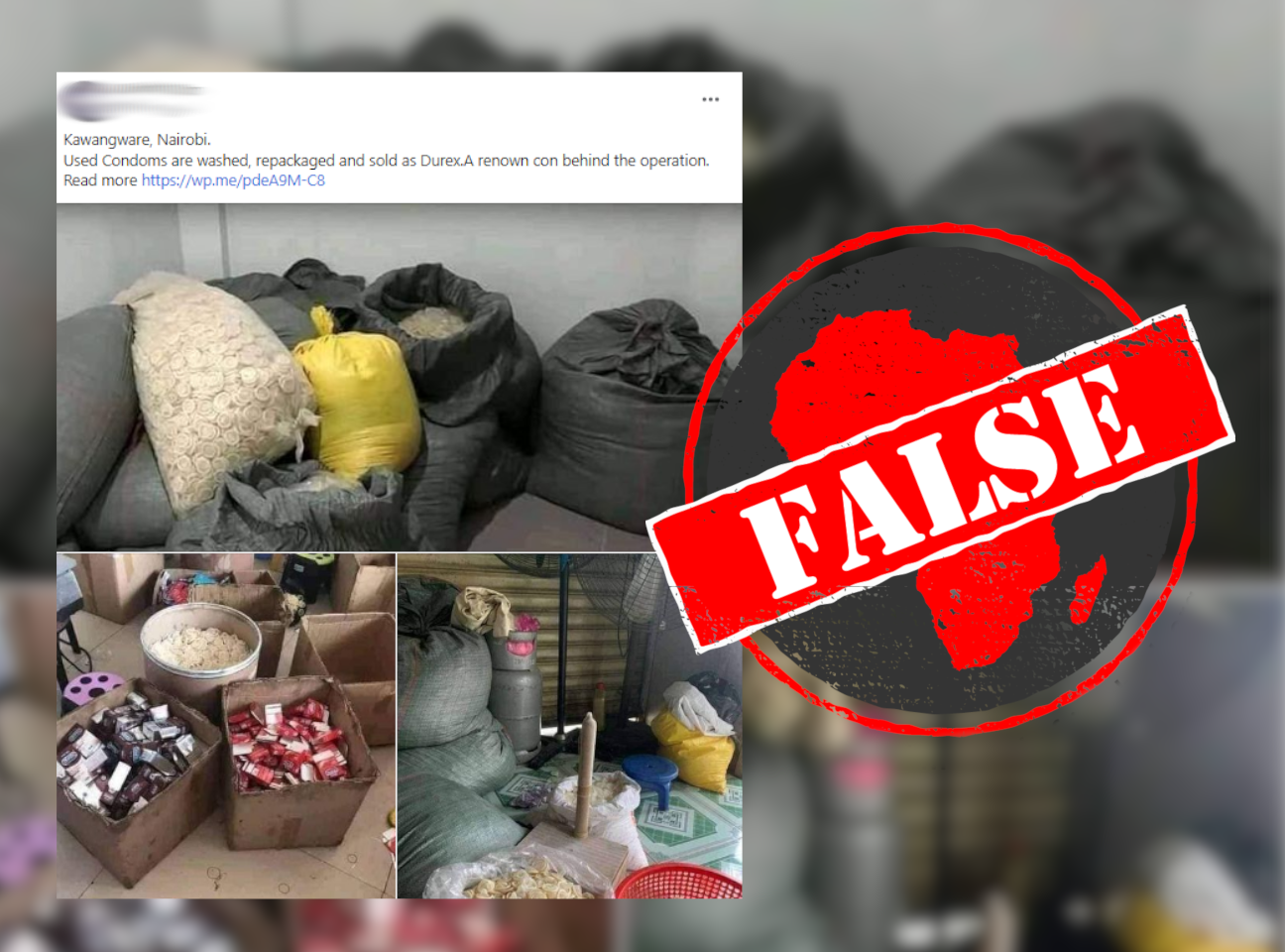 Years-old photos from Vietnam and China

A Google image reverse search of this photo posted on Twitter reveals that it appeared online in 2018 in an article reporting a crackdown on counterfeit condoms in Zhejiang province in China.

Details in the article led us to the same photos published on Weibo, a Chinese social media platform, with reports that police had seized over 200,000 boxes of counterfeit condoms.

This photo, also from Twitter, also appeared in an article about the same crackdown of counterfeit condoms in China in a British newspaper.

A reverse search of this photo led to an article from 2020 about a similar crackdown in Vietnam. Vietnamese authorities reportedly claimed to have seized over 324,000 used and re-packaged condoms.

This last photo was from the same incident in Vietnam, according to a reverse image search which led to a Russian-language report.

None of the photos shared on social media in March 2022 about the repacking of used condoms are from Kenya.