A Facebook post published on 27 June 2021 says South African president Cyril Ramaphosa was hugging world leaders without a mask during the Covid-19 pandemic despite criticising South Africans for irresponsible behaviour.

“I mean, #CyrilRamaphosa is blaming YOU for the spread of #DeltaVariant because you were apparently hugging and meeting folks without a mask on after you entered a venue,” it reads.

South Africa moved to adjustment level 4 on 27 June 2021 to manage the third wave of Covid-19 infections driven by the more infectious Delta variant. The level includes restrictions on gatherings and the continuing requirement to wear masks in public.

During his address that evening, Ramaphosa said one reason for the surge in cases was people not wearing masks while gathering and embracing one another.

But does the photo show a maskless Ramaphosa embracing leaders during the Covid-19 pandemic? We checked. 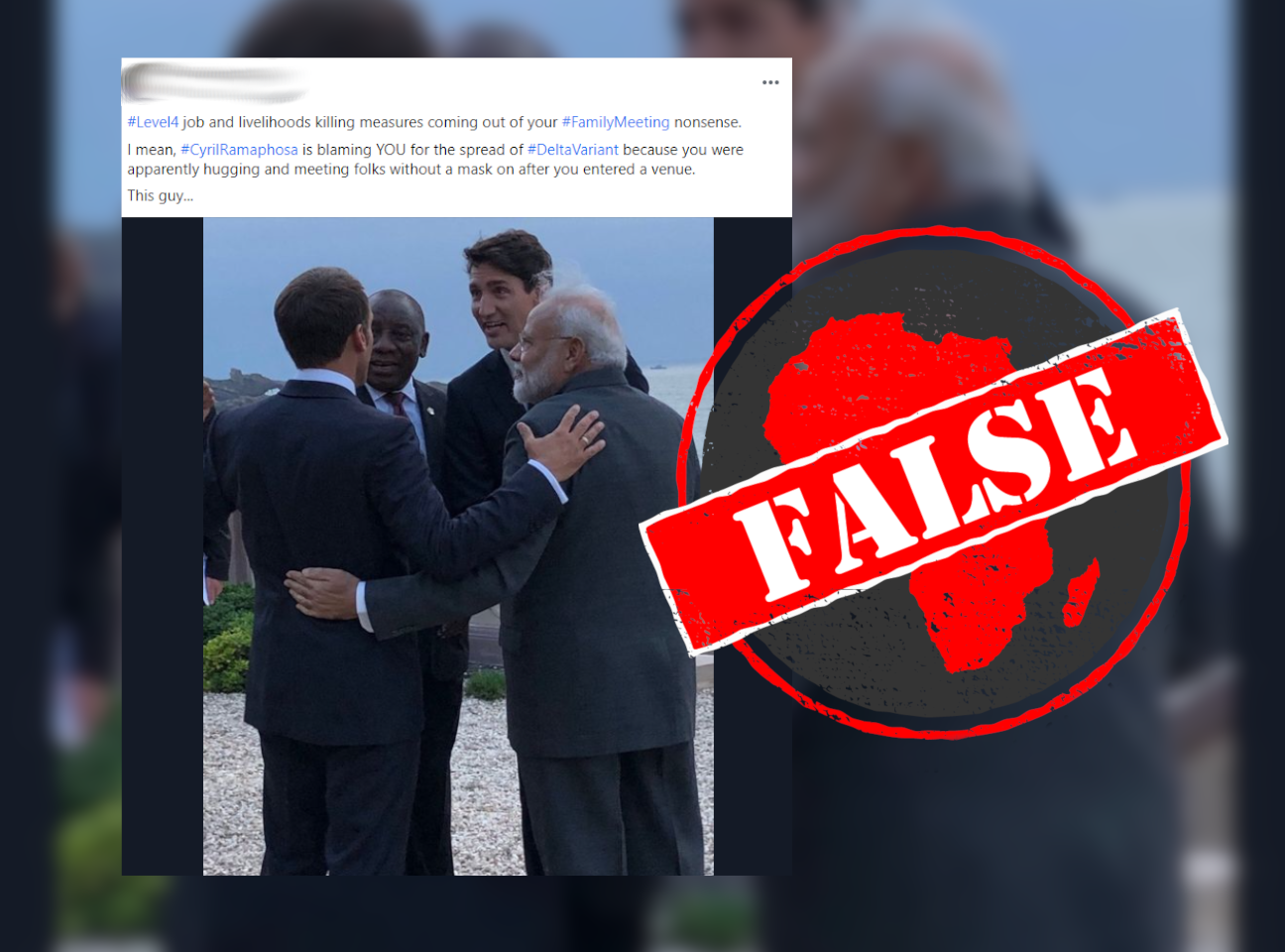 A reverse image search shows that the photo first appeared online on 25 August 2019. It was posted on Twitter by Darlene Superville, a White House correspondent for the Associated Press.

Emmanuel Macron is the president of France.

Superville was subsequently criticised by Twitter users and South African news outlets for not being able to identify Ramaphosa.

One user tweeted: “Who are you again? Oh sorry, @WhiteHouse Correspondent? The 'unidentified' leader is the President of South Africa. South Africa is a country in Africa. Name? Cyril Ramaphosa. Try @Wikipedia.”

Ramaphosa was in France to attend the G7 summit held in Biarritz, France held from 24 to 26 August 2019.

The summit was held to discuss global foreign policy and security issues. Ramaphosa attended the summit to encourage global investment in South Africa.

Covid-19 was first identified in December 2019, and South Africa’s first case of the disease reported in early March 2020. The photo was taken six months before that.

No, graphic does not show people who developed staph infections from wearing masks