A screenshot of the tweet has been circulating on Facebook, where other users have repeated the claim. (Note: The figure was also shared by Gun Owners South Africa. Read our fact-check here.)

The annual police budget vote speech was presented to parliament by police minister Bheki Cele on 20 May 2021.

Cele told parliament: “Excluding the reductions on compensation of employees, Cabinet has approved reductions on the department’s baseline amounting to R3.4 billion over the medium term.”

But was the VIP protection budget increased by R1.7 billion? We checked. 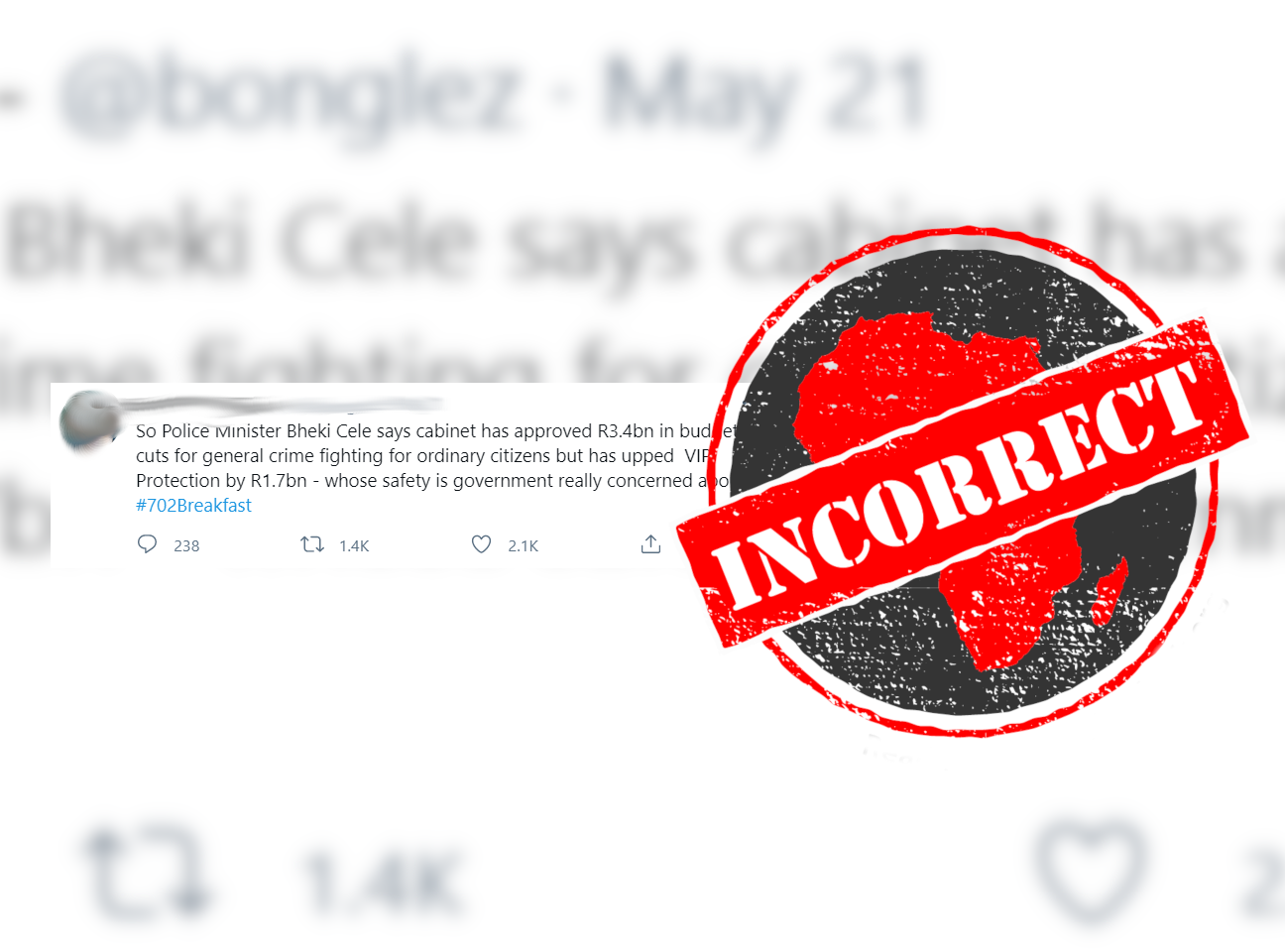 What is the VIP protection budget?

The VIP protection services budget falls under the protection and security services programme. It provides protection to the president, deputy president, former presidents, their spouses, and “other identified dignitaries while they are in transit”.

Police ministry spokesperson Lirandzu Themba told Africa Check that the 2020/21 VIP protection budget of R1.8 billion was adjusted mid-year to R1.68 billion because of Covid-19 restricting movement and travel in 2020.

She said the 2021/22 police budget increase took the possibility that travel restrictions might be lifted into account.