An image has been shared on Facebook with the claim it shows a Sudanese minister wearing a surgical mask while speaking to a Chinese official.

“This is how the Sudanese minister welcomed the Chinese Ambassador at his office,” the caption reads. The post, from 8 February 2020, seems to be a reference to the Covid-19 coronavirus outbreak.

Coronaviruses are a group of viruses that cause illnesses ranging from the common cold to more serious diseases. An outbreak of a new strain, technically known as 2019-nCoV and now named Covid-19, was identified in Wuhan, China in late December 2019.

According to the World Health Organization’s most recent update on the outbreak, for 12 February 2020, the virus has claimed 1,114 lives in China, and one in the Philippines. There have been no confirmed Covid-19 cases or deaths anywhere in Africa.

The WHO advises people to wear face masks to protect themselves and others when there are symptoms of infection.

But did a Sudanese minister wear a mask when he met the Chinese ambassador? 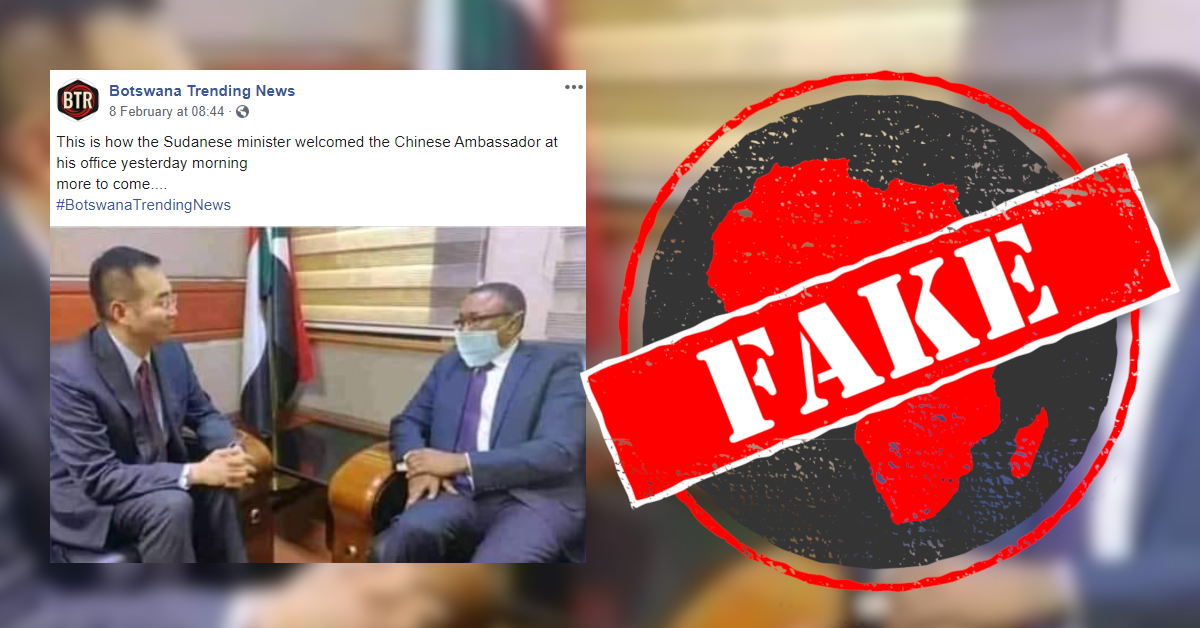 A reverse image search traces the original image to the website of Sudan’s ministry of foreign affairs.

The Arabic headline roughly translates as: “The Minister of State in the Ministry of Foreign Affairs receives the Ambassador of the People's Republic of China.” It was published on 3 February 2020.

In the original photo the Sudanese official is not wearing a mask. The image shared on social media has been digitally altered.

The original image was posted on the official Twitter account of the ministry on 3 February. The ministry also tweeted other photos which show the minister with other visitors in his office. And no one is wearing a surgical mask. – Dancan Bwire