Video of Bashir coup in Sudan in 2020? No, footage shot days before president overthrown in 2019

More than a year after Sudanese president Omar al-Bashir was overthrown in a military coup, a video was posted on Facebook with the claim it showed a new coup in progress.

In the video, uniformed men fire weapons while people cower on the ground around them. Gunfire smoke is seen coming from a long multistorey building nearby.

“Breaking news...coup in Sudan,” the caption reads. “Omar al Bashir overthrows the government again and declares himself as president of the Republic of Sudan. Al Bashir is back.”

The video, posted on 18 June 2020, continues to attract reactions, with recent user comments indicating that they believe it shows the current situation in Sudan.

But what’s the real story? 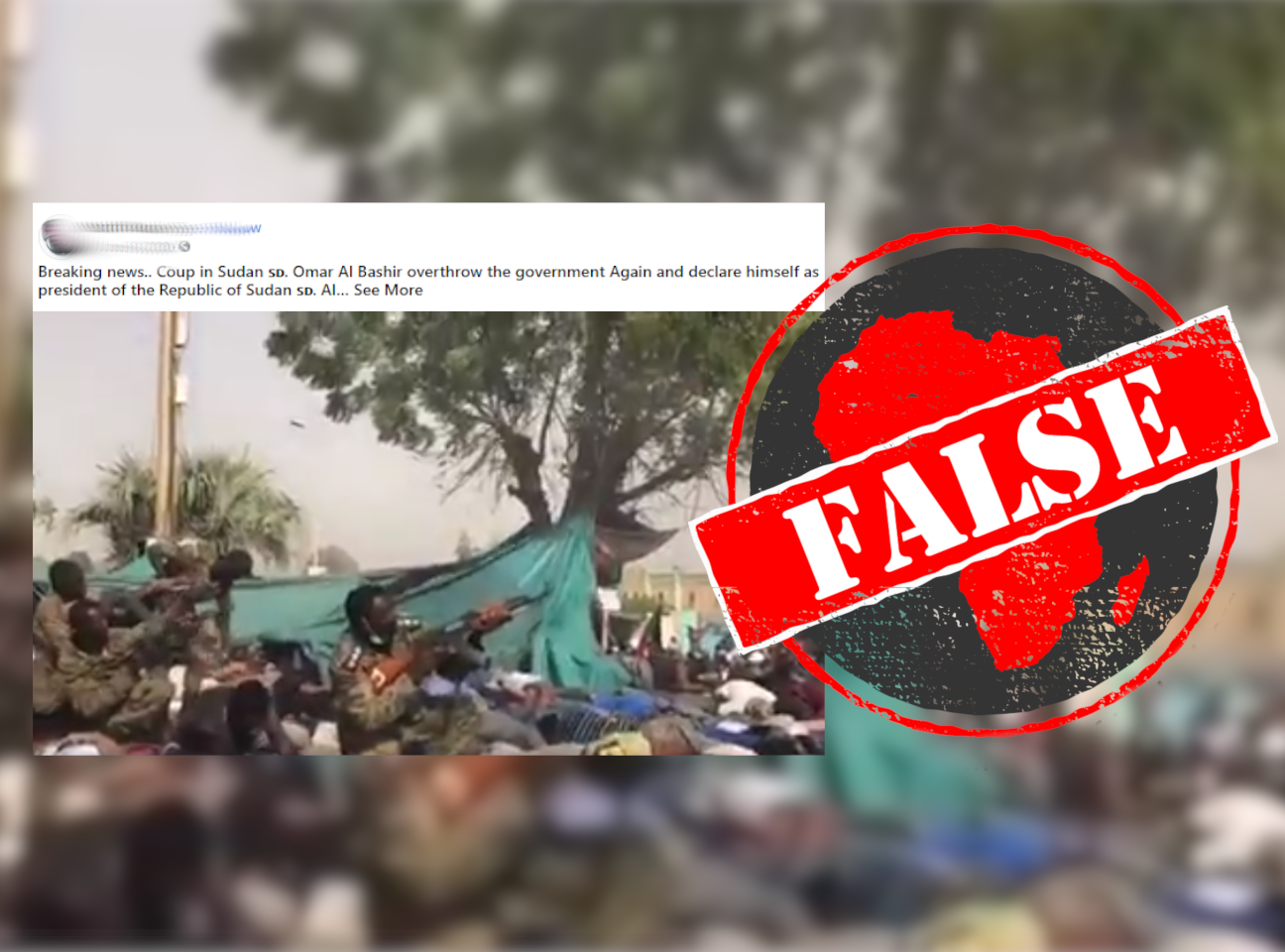 Bashir in detention, on trial

Bashir was overthrown on 11 April 2019 and sentenced to two years of reform centre detention for corruption.

He remains on trial for the 1989 military coup that brought him to power. Bashir is also wanted by the International Criminal Court on charges of genocide, war crimes and crimes against humanity.

Video from two days before Bashir overthrown, in 2019

The video is nearly two years old, and shot long before June 2020. When it was posted on Facebook in that month there were no credible reports that Bashir had attempted to take back power.

A reverse image search of a screengrab from the video shows it was posted on Facebook on 11 April 2019.

Here a machine translation of its Arabic caption reads: “A video showing the moment when members of the armed forces responded to the isolated regime brigades that tried to fire at protesters in the morning.”

The video was posted on YouTube on 15 April 2019, with the explanation that the incident occurred on the perimeter of the army headquarters in Khartoum, Sudan’s capital, on 9 April. Protesters were conducting a sit-in at the headquarters, demanding the resignation of Bashir and his government.

BBC News quoted some demonstrators as saying the fighting was between the National Intelligence and Security Service loyal to Bashir, and the national army, which was protecting the protesting civilians.

Bashir was overthrown two days after the incident.