“Lockdown: Cigarettes, liquor still won't be for sale on Level 4,” reads the headline of a 29 April 2020 article on South African news site Fin24.

The article was posted on Facebook, where it’s been viewed more than 300,000 times –and flagged as possibly false by the social network’s fact-checking system. But to the dismay of some smokers and drinkers, it’s correct. 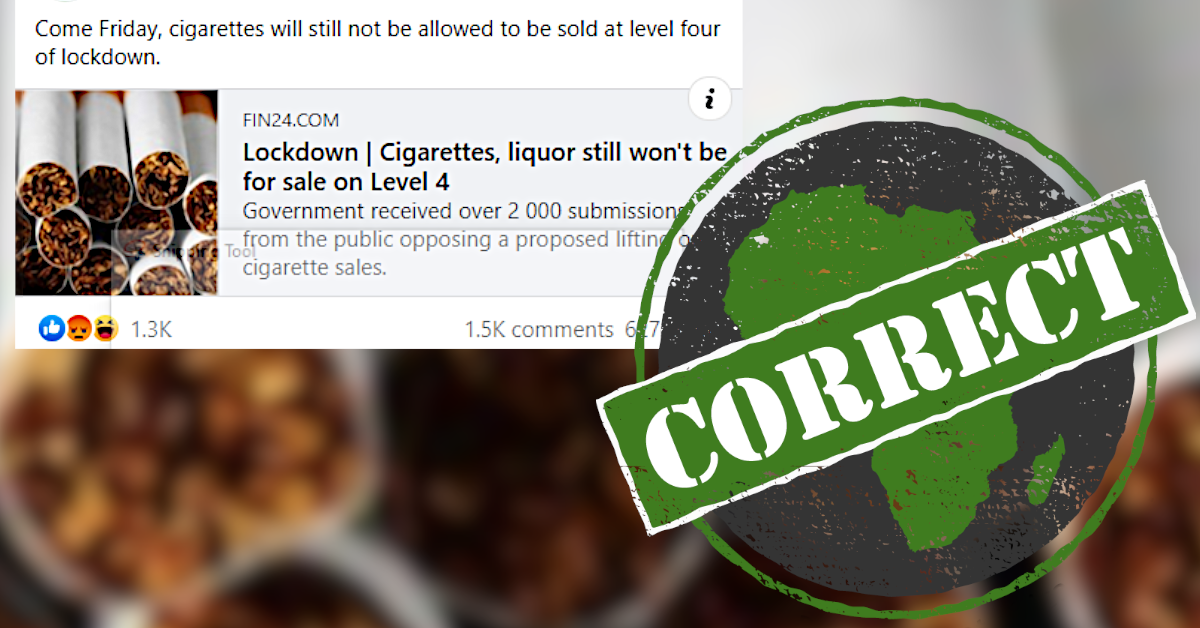 On 23 April president Cyril Ramaphosa announced that South Africa would use five levels of lockdown to curb the spread of the coronavirus. The country was then at level five, the most strict. Level four would begin on 1 May.

In his speech, the president said the “sale of cigarettes will be permitted” at level 4. He did not comment on the sale of alcohol.

Draft regulations published on 25 April also suggested that “tobacco products” could be legally sold at level four, although alcohol sales would still be banned. But the regulations were not final, and were published with an invitation for comments.

‘Encourages spread of the virus’

The final version of level four regulations was released on 29 April. They say: “The sale of tobacco, tobacco products, e-cigarettes and related products is prohibited.”

The sale or transport of alcohol remains prohibited, except when it’s needed “for industries producing hand sanitisers, disinfectants, soap, alcohol for industrial use and household cleaning products”.

This U-turn in policy has been criticised by Tax Justice South Africa and the Fair Trade Independent Tobacco Association. – Keegan Leech