Photos of a mother and her baby have been doing the rounds on Facebook, with over a million views in just 24 hours. The baby has an unusually wrinkled face.

“A 20 years old lady, give birth to a 80 years old looking baby,” the photos’ caption reads.

What’s the story here? We give some context. 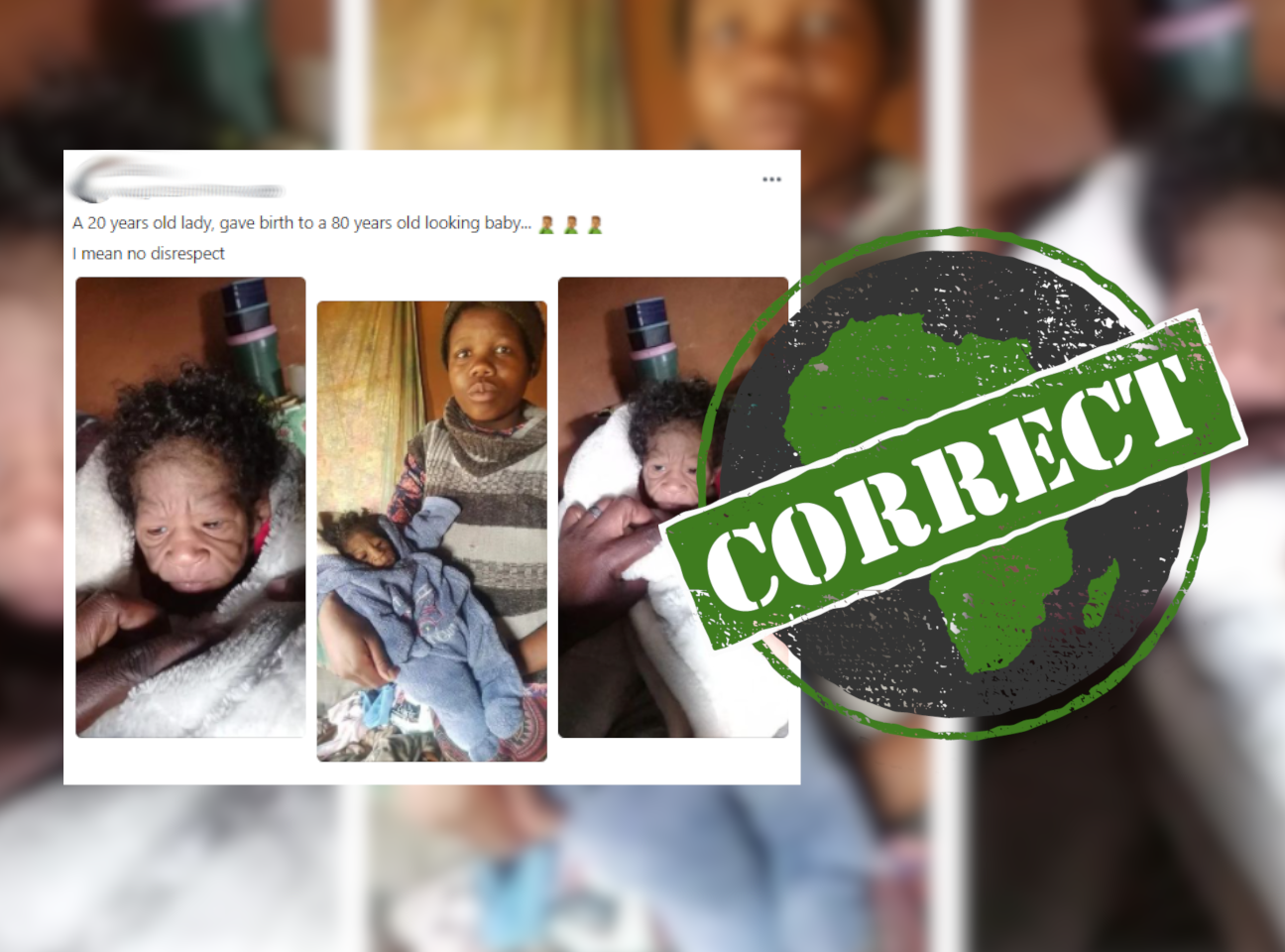 ‘Exhibited signs different from most babies’

A Google reverse image search of the photos led to an article about the mother and her baby on the site Serch18.biz. It says they are from South Africa’s Eastern Cape province.

We searched for “80-year-old baby in Eastern Cape” and found an SABC News article about the pair.

It says the mother is a 20-year-old from Libode in the Eastern Cape. Her baby was born with a rare genetic condition known as progeria.

“Local midwives noticed that she exhibited signs that were different from most babies,” the article reads. These included hand deformities and wrinkled skin.

The article adds that photos of the mother and baby have been circulating on social media, some with unkind comments.

The Daily Dispatch, an Eastern Cape newspaper, has reported that the “family of a 20-year-old mother who gave birth to an infant with a rare genetic condition has called on the public to be sensitive to the child’s condition”.

According to the US National Organization for Rare Diseases, progeria is also known as Hutchinson-Gilford progeria syndrome. It is a rare and fatal childhood genetic condition.

“Children with progeria usually have a normal appearance in early infancy. At approximately nine to 24 months of age, affected children begin to experience profound growth delays, resulting in short stature and low weight.”

The Mayo Clinic explains that some of the symptoms of progeria include below-average height and weight, hair loss (including eyelashes and eyebrows) and thinning, spotty and wrinkled skin.