On 17 January 2021 Raila Odinga, leader of the opposition Orange Democratic Movement, held a rally for Embakasi East constituents in Nairobi county. The same day, photos were posted on Facebook with the claim that rowdy youths chased him from the meeting.

One shows Odinga running away from a gathering, his eyes shut, escorted by what seem to be bodyguards. The second photo is of an agitated crowd.

The BBI is the Building Bridges Initiative, set up after the “handshake” truce between president Uhuru Kenyatta and Odinga in 2018. The two have been on the forefront of popularising amendments to the constitution, which will be decided in a referendum.

The photos were posted in at least two public groups with more than 240,000 combined members. But do they really show angry young people disrupting Odinga’s rally? We checked. 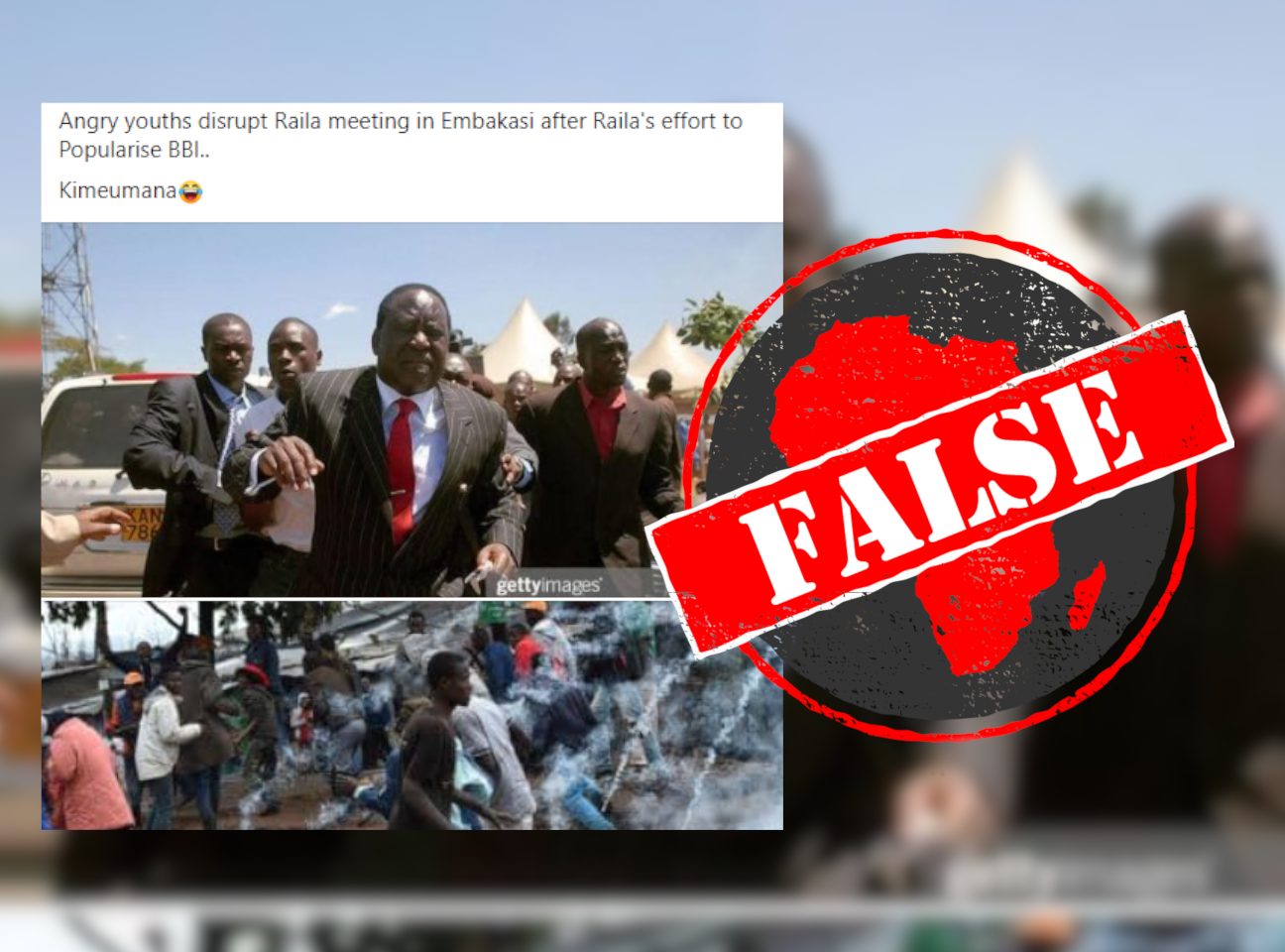 Kenyan media tends to quickly report incidents involving politicians on the ground in real time. Yet there was no news of political violence on 17 January.

And while the photo of Odinga shows him in a striped suit, white shirt and a red tie, on 17 January he wore a more casual grey Kaunda suit and, at the rally, a hat.

A reverse image search reveals that the photo is 13 years old. It was taken in January 2008 during post-election violence in Kenya, and can be found on the Getty Images website.

Here the caption reads: “Kenyan opposition leader Raila Odinga runs away from tear gas fired by police during a mass funeral service for some victims of post-election violence in Nairobi 23 January 2008.”

The second photo, also on Getty Images, was taken on 26 October 2017. It shows protestors clashing with police in Kibera slum in Nairobi during Kenya's repeat presidential poll after the first was disputed in court.

There is no evidence Odinga was chased from his rally, and the photos are many years old.