ANALYSIS: Can Eskom blame the ‘coldest winter in 10 years’ for load shedding?

Did the “coldest winter in 10 years” cause electricity blackouts in South Africa? That’s the claim by André de Ruyter, CEO of public electricity utility Eskom.

In a recent interview on SAfm’s Market Update, host Nompu Siziba asked De Ruyter why, when economic activity was limited by the Covid-19 lockdown, the country’s lights went out.

“South Africa experienced the coldest winter in 10 years, and during those cold snaps demand exceeded what we had anticipated, even before lockdown began,” he responded.

“So, while overall economic activity was lower, the peaks that we experienced because of high demand due to the cold weather certainly exceeded expectations and put additional strain on our system. And that regrettably led to load shedding.”

But did South Africa really have its “coldest winter in 10 years”?

“When power is insufficient, Eskom can thus either increase supply or reduce demand to bring the system back into balance,” it explains. “By switching off parts of the network in a planned and controlled manner, the system remains stable throughout the day, and the impact is spread over a wider base of customers.”


The EskomSePush phone app alerts users to scheduled blackouts in South Africa, and has a record of daily power outages since 2015.

No response from Eskom

“We are not aware what data Eskom’s CEO used when stating that South African experienced the coldest winter in 10 years,” they wrote in a report. “One should note that Eskom has their own network of observation stations and it may be that this data was analysed.”

Africa Check emailed Eskom’s media desk to ask for the source of De Ruyter’s data, and how it was calculated. We also phoned all three of the numbers provided to the media. We have not yet received any response. (Note: We will update this report should we do so.)

Below normal temperatures in August

Dyson and Engelbrecht consulted global unified temperature data from the Climate Prediction Centre. This is a subdivision of the National Oceanic and Atmospheric Administration, a scientific agency within the United States Department of Commerce that focuses on the conditions of the oceans and atmosphere.

Using this data they calculated the average maximum and minimum monthly temperatures in the south western Cape, south coast, Northern Cape and highveld in 2020.

These were compared to the most recent “climate normals” for the region, for 1981 to 2010. This is a calculation of the “normal temperatures” expected in South Africa each month based on 30 years of data.

Maximum temp ‘below normal’ in August

Minimum temperatures were found to be “generally below normal” for all winter months.

“In August the entire country experienced below normal minimum temperatures and in the Free State and Eastern Cape temperatures were as much as 5 degrees Celsius below normal,” Dyson and Engelbrecht wrote.

“As minimum temperatures usually occur close to sunrise, the below normal temperatures during this time may very conceivably [have] resulted in increased electricity demand during the morning peak periods.

“Even though the temperatures were generally below normal in these four regions in August, it is only in the Northern Cape where minimum temperatures in August were the lowest in the past 10 years.”

Winter not coldest in 10 years

But the temperature data does not show that the country had the “coldest winter in 10 years”, as De Ruyter claimed. Dyson and Engelbrecht also analysed the three months of winter (June, July and August) as one unit.

“[D]uring the winter period there were cold events, which resulted in below normal temperatures for shorter periods. In general for the three months of winter temperatures remained normal to above normal.”

Dyson and Engelbrecht said the findings of their analysis should be interpreted cautiously as different timeframes and geographical areas of analysis could influence the results.

“A more thorough analysis is needed to draw decisive conclusions.”

Chris Yelland, an engineer and analyst at energy consulting firm EE Business Intelligence in Johannesburg, told Africa Check there was a link between cold weather and an increase in energy demand in winter. But he said this happens all over the world.

“[There is] nothing unusual about a cold snap. We have cold weather every year. When you have a cold snap, one does not expect the system to fall over. The whole power system can’t be dependent just on the weather,” said Yelland. “It is just not good enough. It is disingenuous. Blaming the weather is like blaming God.”

Prof Anton Eberhard from the University of Cape Town’s Graduate School of Business said: “The main cause of the load shedding is the deterioration in the performance of Eskom’s power generation plant and the lateness in procuring new independent power producers.

“The cold winter period certainly increases electricity demand and places additional strain on the system but South Africa should have had sufficient research capacity to handle these demand peaks.”

Elsabé Brits is a freelance science and medical reporter from South Africa. Follow her at @elsabebrits. 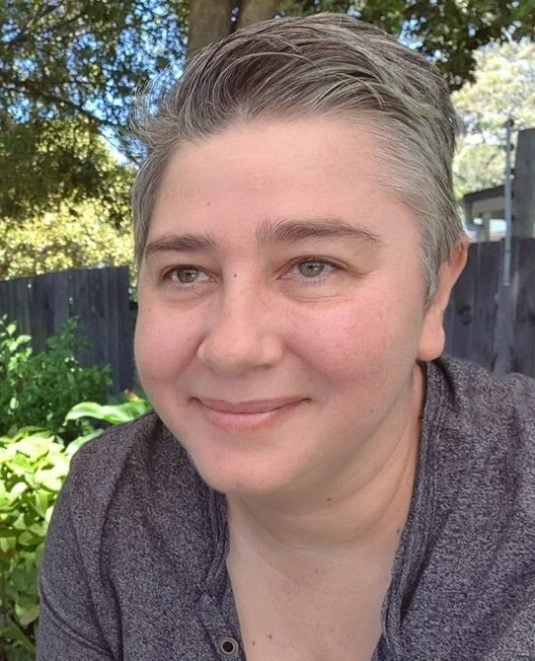 Is it true that the ailing power utility is overstaffed by 66%, costing billions of rands in excess salaries?

No, Zimbabwe is not stealing electricity from South Africa

Soweto is accused of a culture of not paying for public services that is rooted in resistance to apartheid. But do the township’s residents ...