Published on 27 October 2017
Despite claims by Nigerian authorities that Boko Haram is a spent force, the jihadist group continues to launch attacks.

On 11 October 2017, the Nigerian military said it had foiled “several” planned attacks and captured many high ranking members, with many others surrendering.

In the five months before that, the Islamist terror group had killed at least 381 civilians, a grim toll that was more than double the previous five months’, according to rights group Amnesty International.

The group has in October ramped up attacks.

Of these recent attacks, the deadliest was an ambush of an oil prospecting team in the northern state of Borno in July, in which at least 69 people were killed.


What drives the increase in attacks?


Despite the continued military offensive against it, the sharp rise in attacks has been driven by the group’s increased use of suicide bombers, Amnesty International says.

In the first six months of 2017, the group launched 54 suicide attacks, which is more than in 2014, when attacks also notably increased. This is according to an August 2017 study of the tactic by the Combating Terrorism Centre, an affiliate of the US military.

Geography also plays a role. Boko Haram attacks tend to intensify in the rainy season from June to September. Many roads become impassable, slowing down the military offensive against the group.

Resulting thick vegetation also provides cover for insurgent camps against aerial surveillance, while allowing them to ambush the military and replenish low stocks, including of weapons and food.

Additionally, the study found that between 2011 and 2017, Boko Haram’s attacks peaked in June and July, when Ramadan is usually observed.


At the height of its power in 2014, five years after Boko Haram had begun its bloody insurgency, the group was estimated to hold 50,000 km² of territory (about the combined size of Rwanda and Burundi ). This covered the northern parts of Borno, Yobe and Adamawa states.

It declared a caliphate in the region with its headquarters in Borno, the epicentre of the insurgency, following a series of victories against Nigerian troops, who were then poorly-equipped and demoralised. (Note: Read our factsheet explaining the group’s origins.)

Coordinated military operations by Nigeria and its northern neighbours of Chad, Cameroon and Niger, who have also been targeted by the group, have since considerably weakened Boko Haram. It is now confined to islands on the Nigerian side of Lake Chad as well as Sambisa forest, a game reserve-turned-jihadist enclave.

Forced out of the region’s cities by vigilante groups and troops, Boko Haram has resorted to guerilla attacks and raids, a threat which Nigeria has been unable to contain eight years on.

Analysts say this is a way of proving the group’s resilience and adapting to a series of battlefield losses.


The attacks are also seen by many as a strategy to pressurise the government into negotiations with Boko Haram, citing the unprecedented call by Borno elders for talks with the group to end the violence. Security analysts view it as a kite the elders are flying on behalf of the group to gauge public reaction.

Due to intense criticism of its inability to completely stamp out the group, the army modified its strategy, introducing what it called the 'Safe Corridor' project in 2016. This encourages Islamist fighters to surrender in exchange for amnesty and reintegration into society.

However, the project run by the office of the National Security Adviser is shrouded in secrecy and it is not clear what impact it has had in wooing Boko Haram fighters.

In addition to the external threat, Boko Haram is also wracked from within by factionalism.

At least four factions are identifiable, including a struggle between long-time leader  Abubakar Shekau and those allied to Abu Mus'ab Al-Barnawi, the 22-year old son of Boko Haram founder Mohammed Yusuf and who was appointed by the Islamic State as leader of Boko Haram in 2016.

Ironically, it was Shekau who had first pledged allegiance to the Islamic State. He rejected the change in leadership and insisted he was in charge, but the Al-Barnawi faction, based in the Lake Chad region, is seen as having the upper hand.


What next for Boko Haram?


It is clear that Boko Haram is gradually losing its original focus of establishing an Islamic state and turning into a criminal enterprise. It is enmeshed in armed robbery, kidnappings, cattle rustling, raids and looting to survive in the face of military offensives from Nigeria and its neighbours.

As the pressure mounts, Boko Haram may turn to even more lucrative criminal activities, like small arms and drug trafficking, across Nigeria's porous borders to sustain itself.

If it continues to widen its criminal operations, Boko Haram may turn into the largest transnational criminal network in West Africa, relying on established cross-border networks to gain a solid foothold.

But this is easier said than done, with the competing factions threatening its top structure, where the only true organisation seemed to exist. As such, the greatest threat to its nefarious existence may end up coming from within.

Aminu Abubakar is a journalist based in the northern Nigerian city of Kano, where he grew up. He has been freelancing for Agence France Presse (AFP) since 2000 and has also contributed to international media organisations such as The Guardian, New York Times, CNN, BBC and France 24. 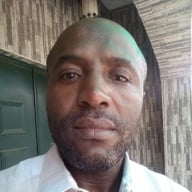