ANALYSIS: Why farms attacks are a special problem in need of a special solution


Are farmers more at risk from violent crime than most other South Africans?  Are farming communities “uniquely” targeted by criminals? And is there a sinister political and racial motive behind farm attacks in South Africa?

It is a complex matter and one that continues to provoke controversy and heated debate.

In 1997 - in response to government’s view that farmers were being “uniquely” targeted for violent and murderous attacks -  South Africa’s then minister of safety and security, Sydney Mufamadi, established a joint task team made up of members of the police, defence force and organised agriculture to develop a plan to improve security on farms. It became known as the Rural Protection Plan (RPP).

Two years later, a “priority committee on rural safety” was established to ensure that rural crime prevention strategies were managed as a national security priority. In 2001, at the urging of Mufamadi’s successor, Steve Tshwete, police established an independent committee of inquiry into farm attacks chaired by a retired provincial director of public prosecutions.

Nearly 90% of cases motivated by robbery 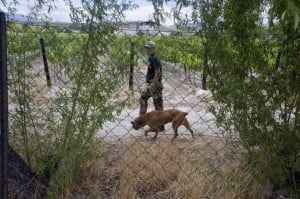 One of the spin-offs of the inquiry was that from the 2001/02 financial year until 2006/07 the police included separate statistics for farm attacks and farm murders in their annual reports. (It was a practice that was abruptly stopped after the 2006/07 annual report. No explanation for this has ever been given)

The committee of inquiry published its findings in 2003. Key among them were that 89,3% of attacks against farms were motivated by robbery.

In his State of the Nation address, Mbeki said police would replace the commandos with a “new system … whose composition and ethos accord with the requirements of all rural communities”.

The police, however, were caught completely by surprise. They hurriedly announced a “system” that included a combination of police reservists, crime combating and sector policing units. It would take another eight years before the police were able to replace the Rural Protection Plan with what has become known as the Rural Safety Strategy (RSS). The RSS was developed after a lengthy consultative process and, broadly speaking, is a relatively good strategy aimed at rural crime in general.

Is there a political motive behind farm attacks? 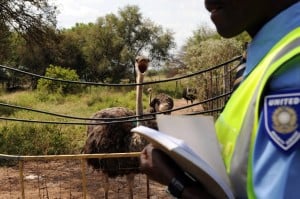 Allegations and perceptions of a sinister political motive behind farm attacks have existed since at least the mid-1990’s. Within organised agriculture there appears to be a widely held and growing belief that farm attacks and murders are being orchestrated to force white farmers off the land.

But is that really the case?

The perception has been fuelled by the frequency of the attacks and the brutality of the murders, rapes and incidents of torture that often accompany them. Within farming communities and agricultural organisations it is argued that the only rational explanation for such seemingly senseless crimes is the existence of a sinister, organised force bent on terrorising farmers.

The committee of inquiry into farm attacks in 2003 looked closely at the motives behind farm attacks. Its methodology, which is fully explained in the report, included an analysis of more than 3,500 police case dockets, interviews with incarcerated farm murderers, as well as oral and written submissions. The committee found no evidence to support claims of the existence of a sinister, third force.

Evidence does not support claims of a political motive 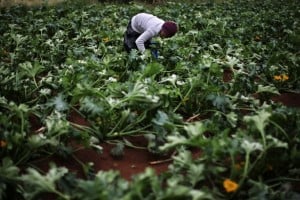 The committee’s findings corroborate those of the police who for years have maintained that many of the characteristics of farm attacks correspond with those of house robberies in urban areas.

In both farm attacks and urban home invasions, criminals will not hesitate to use torture to extract information from their victims. The big difference, given the remoteness of farms, is that attackers on farms have much more time and are less at risk of being caught in the act by either the police, private security companies or neighbours.

Some of the farm murderers interviewed by the committee did say they had become infuriated by what they described as the racist and insulting tone of their victims - mostly elderly white farmers and their family members - and that this was the reason for the excessive violence used.

But the evidence does not support claims that race or racial hatred is the primary motive for farm attacks. In most cases it is robbery. It is however quite possible that racial interaction during the attack, and possibly also historic racial tensions, as well as ongoing hate speech aimed at the farming community, could play a role during the commission of these crimes.


Numbers of victims may be higher than we know

According to TAUSA’s figures the number of murders on farms for the first ten months of 2013 is already at 55, including another 39 farmers, 9 family members and 6 workers. Of course many other serious and violent crimes are also committed against the farming community as a whole.

What is also worrying is that the number of persons killed, injured or otherwise victimised during farm attacks, may be much higher than the figures reported by TAUSA. The union acknowledges that it does not have the capacity or capability to monitor the situation as extensively as the police have done in the past. This is because TAUSA is not informed of attacks on smallholdings, where it is estimated that up to 40% of attacks classified as “farm attacks” occur.

The potential under-reporting of incidents by TAUSA is illustrated by a comparison between the figures reported by them and those of the police in their last report in this regard in 2007. For example, in the 2006/07 financial year, police reported 794 attacks and 86 murders across the country, while TAUSA reported “only” 94 attacks and 60 murders.

Considering the extent and seriousness of the crimes committed against those working and living on farms, it is obvious that the farming community as a whole is a particularly vulnerable group. The relative remoteness of farms, the absence of close neighbours, such as in urban settings, and the consequent slow response times of the police and private security companies, allows criminals more time and space to commit their crimes than is normally the case in urban areas. It is primarily for these reasons that the farming community is in need of a strategy that is focused on their particular security needs.

Crimes against farming communities have wide-ranging implications beyond threats to personal safety. The high level of risk to personal safety is forcing many farmers away from farming and acts as a deterrent to potential new farmers.

Commercial agriculture in South Africa is in a crisis for economic and other reasons, and attacks on farms are only making it worse. If this situation continues,  it will have a very negative impact on South Africa’s rural economy and our food security. It is crucially important for government to recognise that the criminal activities aimed at the farming community are not only destroying lives and rural economies, they are also progressively destroying rural economies and the ability of farms to produce food for the country.

Government needs to urgently acknowledge that crimes against the farming community are a special problem in need of a special solution.

The report of the Committee of Inquiry into farm attacks, published in July 2003

Are SA whites really being killed like flies? Why Steve Hofmeyr is wrong

Where murder happens in South Africa

A guide to crime statistics in South Africa

The politics of crime statistics 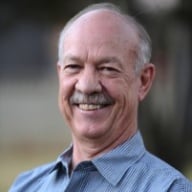